These were experimental Vertical or Short Take Off and Landing V/STOL aircraft which directly led to the development of the Hawker Siddeley Harrier fighter bomber. Development began in 1957 with testing beginning in 1960 and in 1963 successful deck landings were made on HMS Ark Royal. The Kestrel had a more powerful engine and first flew in 1964. Such was the interest shown by the US and West Germany the Tri-partite Evaluation Squadron was formed made up of pilots from those countries and Britain.

Hawker P.1127 XP831 is preserved at the Science Museum, London

The Harrier was further developed with improvements including more powerful engines, better wing design, improved avionics and increases in weapons load. The progression in marks were GR5, GR7 and GR9. The Sea Harrier was also developed for the Royal Navy and both aircraft served in Bosnia in 1992-95; the Gulf Wars of 1990-91 and 2003; and Afghanistan from 2001. The US Marine Corps used American-built AV8Bs and the Sea Harrier was used by the Spanish and Italian navies. 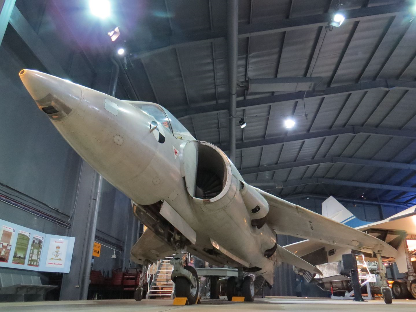 A total of 6 P.1127 and 9 FGA 1s were produced. In 1967 an order for sixty aircraft was delivered to the RAF and were designated Harrier GR 1. The GR 1 was developed into the GR 3 and served with great success alongside Sea Harrier FRS 1s in the Falklands Conflict between Britain and Argentina of 1982. 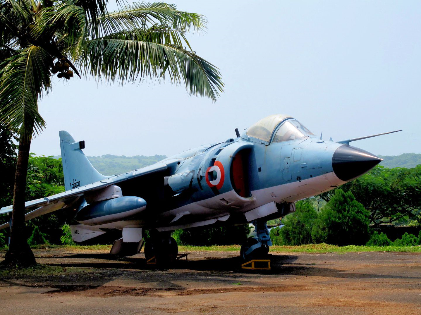 Sea Harrier IN621 of the Indian Navy on display at the Indian Naval Aviation Museum, Bogmalo, Goa. Indian Sea Harriers were deployed aboard the aircraft carriers INS Vikrant and INS Viraat.

XV-6A Kestrel 64-18262 is on display at the National Museum of the United States Air Force at Wright Patterson AFB, Ohio United States. 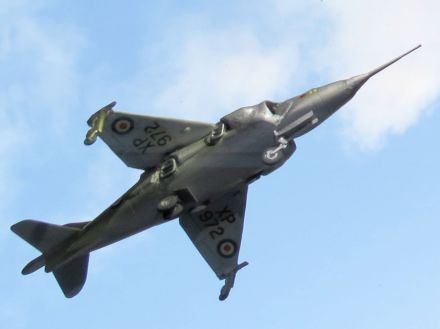 P.1127 XP972 has been resurrected by my good friend and colleague Tony at the Museum of Berkshire Aviation. He created this model especially for me to add to my collection of die cast Hawker aircraft that have some connection to Slough. He tells me that he made it from various kits and also home-made parts.