Postcards from Slough is an apolitical website and treats all political parties with the same level of respect. That doesn’t mean that I can’t pay a personal tribute to an outstanding individual when that person’s career comes to an end.

Under the Fixed-term Parliaments Act 2011, general elections would be scheduled every five years. This meant that after the election in 2015 the next election would not occur until 2020. In 2017, the Prime Minister Theresa May called an early general election. The background to this was strongly connected to Britain’s negotiations to leave the European Union, commonly known as ‘Brexit’.

In April 2017, Fiona MacTaggart wrote an open letter to the people of Slough using her own website and the local media announcing her intention not to stand for the town at the upcoming election. It should be said that she indicated that she was thinking of standing down in 2020. The letter was heartfelt and quite typical of the politician. I say this because I often follow the comments of politicians in and around Slough via the letters page in local newspapers.

The letters from Fiona MacTaggart have always been full of substance and revealed the attitude of someone who is very well informed on the issues and truly believes and cares about the particular subject matters at hand. In contrast I have found that letters from some politicians in the surrounding area tended to be rather airy.

In my role as editor of this website, I had the privilege to meet with Fiona MacTaggart on a couple of occasions. We talked on many subjects about the town and in particular the trading estate which, after all, defines modern Slough, and how very well presented it is as an industrial estate for its size. I asked her: ‘you’ve been MP for Slough for some time now, what is it that you like about Slough and why do you continue to represent the town?’ She responded with: ‘The town has a can do attitude and it’s constantly re-inventing itself.’

Fiona MacTaggart has fought and won five general elections since 1997. She has been MP for Slough for twenty years, longer than any other MP for Slough or the previous constituency Eton and Slough since 1945. That is some achievement. I think Slough has been very lucky to have been represented by this extraordinary politician. 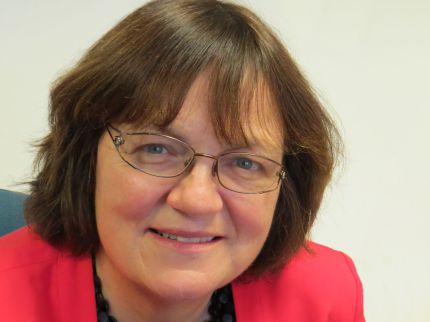 I am personally saddened by your announcement Fiona, but I wish you all success and happiness in your future.

Postcards from Slough readers are invited to add their own tribute to Fiona. Use the Contact tab at the top.

Very good tribute! I'm not a Labour supporter, but have every admiration for Fiona and the achievements she has made in Slough. An excellent constituency MP! She always responded to letters and emails and even gave us a conducted tour of the Palace of Westminster and Portcullis House a few years ago. I'm now full of trepidation as to who's to replace her!