The Museum of Berkshire Aviation

The Museum of Berkshire Aviation can trace its roots to the 1980s when the Berkshire Aviation Group or BAG was formed by about a dozen enthusiasts. Interest was sparked particularly in the two companies that had manufacturing bases at Woodley Airfield, Miles Aircraft and Handley Page.

A war-time Robin hangar on the airfield was made available to the group. The future of the hangar where it stood was under threat from the development of a housing estate. The volunteers of BAG dismantled the hangar themselves and the internal structure members were sent to a firm called Test Valley Engineers where they were treated for corrosion and kept in storage until such time as BAG could find a site to re-erect them.

After a number of years Wokingham District Council granted BAG the site upon which the museum now stands. The council also gave a grant of £60,000 to re-erect the hangar. This was to be repaid by way of rent of £6,000 per annum. After an awful lot of work fundraising, the Robin was erected in 1991 and the museum opened to the public on a regular basis in March 1993.

Toward the end of the summer of 2015, I became a member of the Museum of Berkshire Aviation in Woodley. I work there as a volunteer guide. 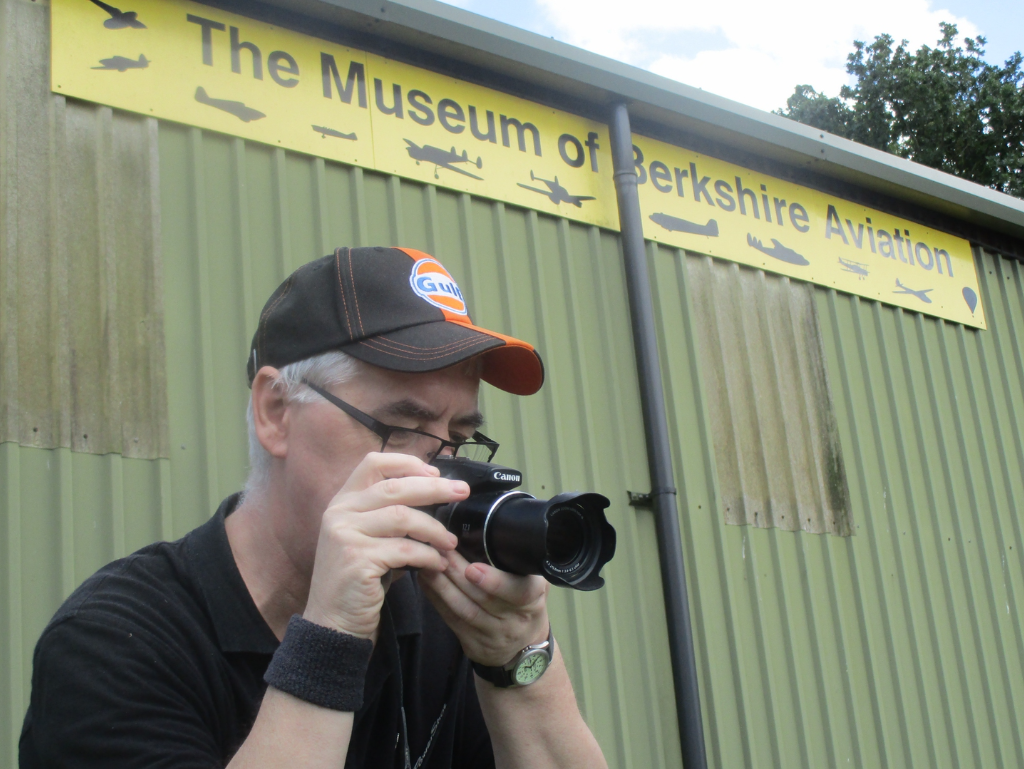 In certain circumstances, I may give a personal tour especially to groups. Other colleagues of mine will also make themselves available in this role. Everyone who works at the museum is a volunteer. Without their dedication, the museum would not exist.

All the restoration work on the exhibits is carried out by the volunteers, some of whom have career histories in the aviation industry. Some are from completely different occupations. The work they do is varied and many have learned new skills that they didn’t previously have. They all share an enthusiasm for their work at the museum. They are friendly and happy to share their knowledge of the exhibits with visitors.

An ongoing project of mine is to take photographs of the museum volunteers working at their usual duties. The photos are deliberately composed so that much of their faces are obscured and they are only referred to by their first name just like the one of me above. The purpose of the photographs is to visually show the diversity of the activities of the volunteers. Full facial portaits would distract from the subject. As an added bonus these photos are also a lot of fun to set up. These photos are sprinkled throughout these pages. 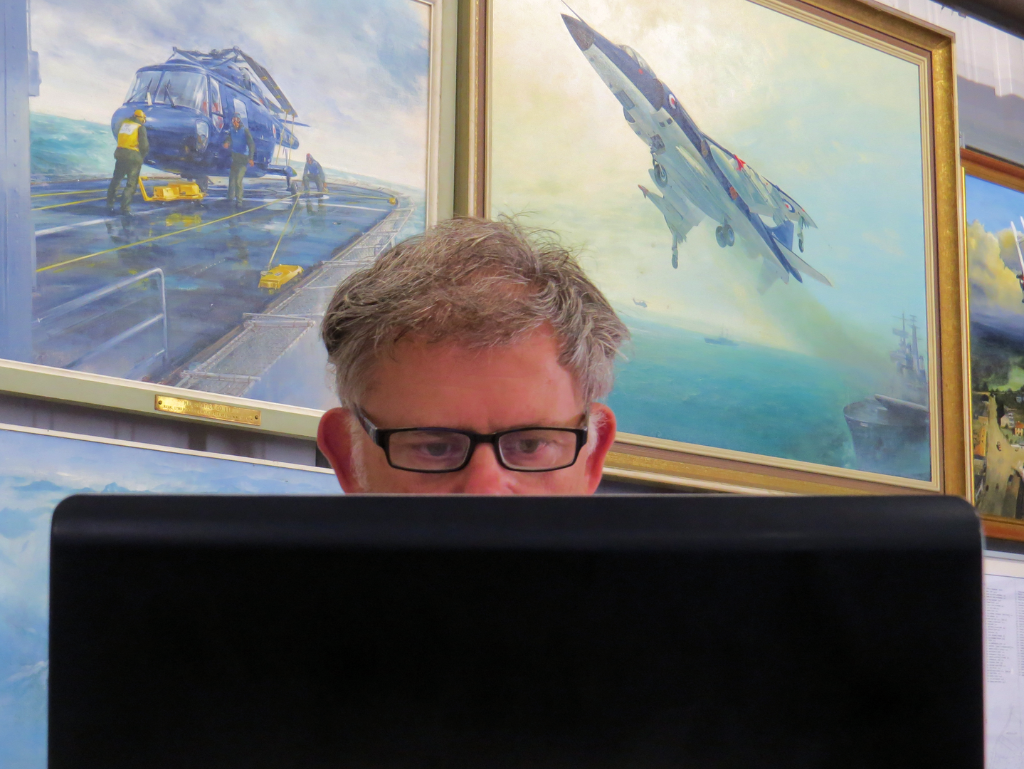 Tony working on an inventory of museum assests

There are ten major aircraft exhibits on display, some of which are unique to the museum. Examples include the Handley Page Herald airliner, the Miles Student trainer prototype, the Elliotts of Newbury 465 glider and the Fairey Jet Gyrodyne proof-of-principal prototype. One of the most popular attractions is the Herald (see header photo) which was flown by the Duke of Edinburgh on a Royal tour of South America in 1962. 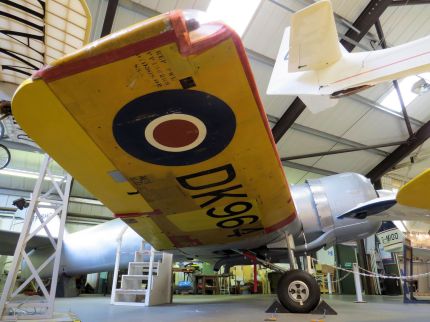 Some have had to be extensively restored or rebuilt to museum display condition. The engineering volunteers have an astonishing ability to produce replica or even fake parts in order to give a full impression of an almost completely destroyed airframe. A case in point is the Miles Martinet shown below which was found in a very poor state having been found crashed in Iceland.

To learn more about the major exhibits click on the Magister below: 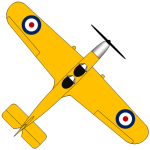 The engineer volunteers hand-built a half-size replica Blériot monoplane to commemorate the centenary of the first aircraft to land in the Woodley area. A delta-winged simulator was designed and built by the volunteers for children to ride in and is very popular. 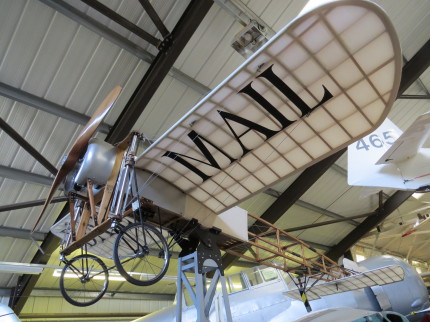 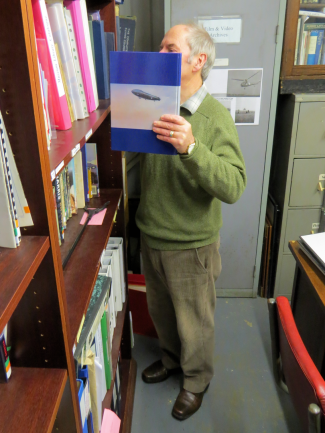 Volunteers look after the grounds including mowing the lawns and tending the semi-wild shrub beds. Several of the volunteers take a keen interest in the flora and fauna in and around the museum and are becoming quite knowledgeable on the subject. Being within the Dinton Pastures Nature Reserve the grounds of the museum has some interesting natural plant species. The gardens are covered on another page. Click on the daisy below: 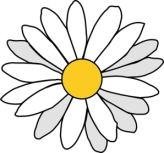 Apart from the exhibits and the many displays and models of aircraft, the museum provides a gift shop, refreshments, toilets and facilities for the disabled. 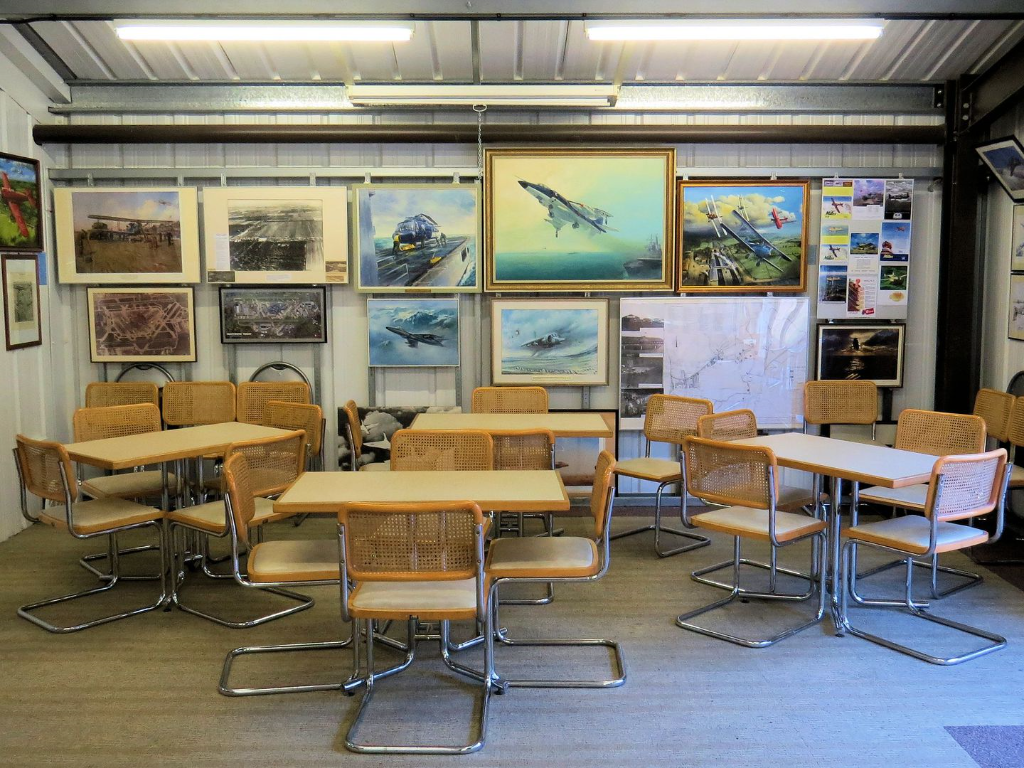 The museum is within Dinton Pastures Nature Reserve and sited just outside of what was the perimeter of Woodley airfield. 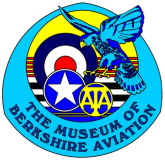