Who is Gary Flint? 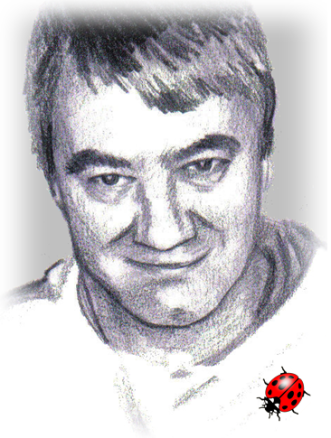 The question intrigued me as I had never thought about it before. It provoked me to go out with my camera and notebook to see if I could find an answer. This was my first challenge.

The website was the result of a different conversation this time with my brother, like me a keen photographer, who said ‘is it possible to send a postcard from Slough?’

I replied ‘of course not, it’s not a tourist town.’ After a little thought I continued ‘Perhaps the question is could you take postcard photos of Slough?’

I combined the two challenges and the concept of the website was born.

Postcards from Slough went live in early February 2014 with just 12 pages. Its initial purpose was to showcase my abilities as a photographer, illustrator and writer. Also it set a challenge to provide a local interest website revealing positive aspects of Slough. As I continued my research I realised that there is a very real story to be told about the town and that certain pages and articles would prove interesting to people beyond the town. Postcards from Slough is now getting positive feedback from around the country and overseas and I am often offered leads on new items.

I tried to build the website on certain principals. The photographs were to be original, preferably by me and in the style of sun aalwaays shines postcards. As the website grew I found I had to compromise and where I couldn’t provide photographs of aircraft or cars etc, I would create illustrations rather than have pages of just text. A further compromise came when I decided that some photographs from the internet would enhance the website.

The vast majority of the photographs were taken by me. Those from other sources are credited to the photographer or proprietor. For the photography, I had to make many field trips not only around Slough but also to  museums and other places beyond the town by car, bike or on foot.

By November 2017 the website had 392 original photographs taken by myself on countless field trips. By February 2019 the number was 584. 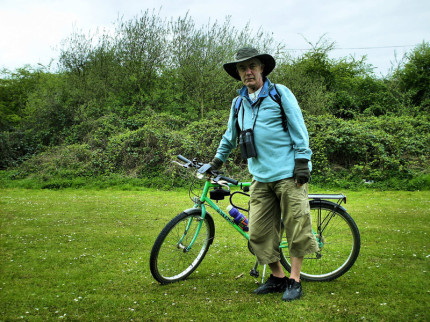 The side elevations of aircraft, vehicles, building plans and maps were created by me using Microsoft Word. They are impressions of the subjects and not to be taken as technical drawings. The artistic impression of the planet Uranus was also created by me.

By November 2017 the website had 221 original images created by myself and 40 imported images from various sources. By February 2019 the images by me numbered 244 with 155 imported images.

The written content is a result of extensive research using the internet, field trips to museums and libraries as well as my own personal library.

As much effort as possible is put into ensuring that the facts, figures and other information are accurate and correct and my general rule is to verify everything from at least three separate sources. Any discrepancies are further investigated before publication.

All of the website is under constant review. I have also brought in subjects not seemingly connected with Slough. The Museum of Berkshire Aviation pages show how the past can be remembered and preserved and the Goa pages are to show that somewhere perceived by many as paradise can be hell if it hasn’t got a B&Q. 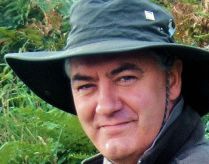 The Home tab is for all items connected with Slough. The buttons down the left hand side are generally about people, industry, Hawker Aircraft, the motor racing industry, famous people, districts of the town and local natural history. 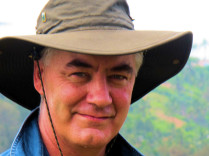 I wanted an outlet for my other activities away from Slough so I created the ‘Away’ tab. The subjects covered include helping with my brother on his challenges, working in the film industry and the Goa Expedition is which compares life in Goa to life in Slough.

More pages are in development, some might not work out, but what I like about these pages is that they allow me some freedom in writing style. Hopefully the anecdotes are informative and entertaining.

The Museum of Berkshire Aviation 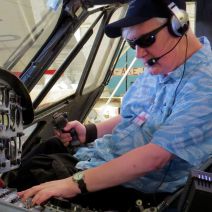 I began working at the Museum of Berkshire Aviation in 2015. I like working at this museum and inevitably I take my camera along each day I work. The photography of myself and my colleagues, all volunteers, is deliberately designed to hide their identities in what I hope is an amusing way. 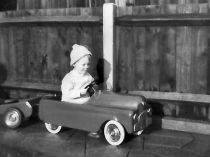 I was born in a cottage hospital in Farnham Royal and I’ve lived in Slough my whole life. I also learnt to drive in Slough and here is my first car. Check out those stylish white-walled tyres and the fashionable bobble hat.

I was high school educated in Slough and served an electrical mechanical apprenticeship with an electricity company. I eventually progressed to working in quality assurance for a number of engineering companies. 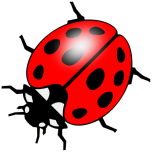 Sadly the author Gary passed away on April 9th 2019