Slough Football Club was founded in 1890 as a result of the merger of three local clubs: Swifts, Slough Albion and Young Men’s Friendly Society. Known as Slough FC, the club played in the Southern Alliance, the same league as Tottenham Hotspur. In the 1892/93 season the two clubs met and drew 3-3 at Slough but Tottenham won their home game 5-2. In 1921 Slough joined the Spartan League.

Slough’s home ground was The Dolphin Stadium but in 1936 the owners sold it to a greyhound racing consortium which ordered the club to leave three years later. For some years the club shared a ground with Maidenhead United. Later a merger with Slough Centre FC to form Slough United FC saw them return to Slough.

After the Second World War, Slough United led a breakaway movement of clubs to form the Corinthian League. This action gained the club the nickname ‘The Rebels’ and soon after that they adopted the name Slough Town FC. Since then Slough Town FC have played in several league and cup competitions and have won honours including:

In the 2004-05 season The Rebels beat Football League Division One Walsall 2-1 to knock them out of the FA Cup. The game was played at the Stag Meadow ground Windsor and featured on BBCs Match of the Day.

Slough returned to the Dolphin Stadium in 1966 but the ground was sold in the early 70s and was destined to become the site for a supermarket. From 1973 to 2003 Slough town played at the Wexham Park Stadium but were evicted after financial disputes with the owners. The club shared the Stag Meadow Ground, Windsor, with Windsor and Eton FC for the next four seasons.

The Rebels are currently sharing Beaconsfield SYCOB’s Holloways Park ground. In June 2009 Slough Town FC put forward a proposal to Slough Borough Council to build a state-of-the-art ground, sports fields and affordable housing on the Arbour Vale school site, Stoke Road. At the time of writing the issue still hadn’t been resolved. Given that Slough is home to a very successful business community, maybe one day someone will do what John Madejski has done for nearby Reading FC.

The most famous manager of Slough Town was Brian McDermott who went on to manage teams such as Reading and Leeds. To read about him and his career, click the button below:

Based at Slough Ice Arena or ‘The Hanger’, which is situated next to Montem Sports Centre, Slough Jets Ice Hockey team were founded in 1986. They play in the English Premier Ice Hockey League (EPIHL) and were champions in the 2011/12 season. Their list of honours is impressive and includes: 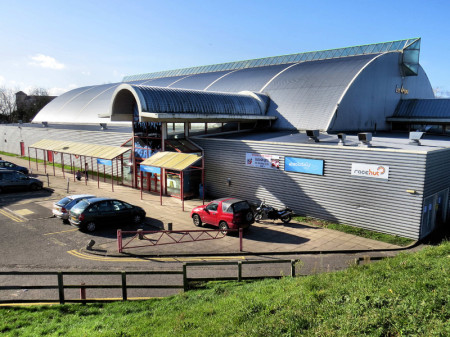 Born in London on 18 February 1954, Paul Anthony (George) Rendall was an English rugby union player. He played as prop for London Wasps and played for England 28 times from 1984 (aged 30) until 1991. He never scored for England. 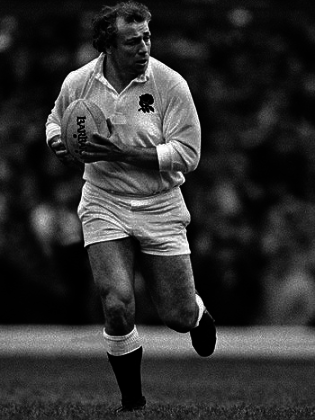 Born on 9 October 1950, Ian Terry Gillard was an English professional footballer who made 485 games in all competitions for Queens Park Rangers and Aldershot. He also won three caps for the England national squad in 1975. His professional playing career lasted from 1968 to 1985. 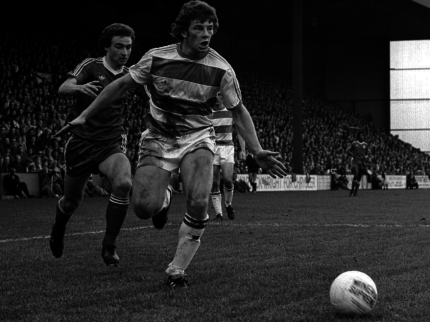 He started his football career in the youth teams of Tottenham Hotspur before moving to QPR, making his debut in November 1968. In the next fourteen years he played left-back forming a partnership with Dave Clement.

His last game for QPR was in the FA Cup final replay against Tottenham Hotspur in 1982. He then moved on a free transfer to Aldershot taking up a position as player coach. He retired from Aldershot playing his last game on 1 July 1986.

When his football career ended, Ian Gillard worked for the Mars factory in Slough. He later worked as a scout for QPR and then as a coach at the Reading School of Excellence. He now runs a cleaning business.

The invention of snooker

The game of snooker was devised by Sir Neville Francis Fitzgerald Chamberlain (1856-1944) who was born in Upton Park on 13th January 1856. Chamberlain was an officer with the 11th Devonshire Regiment posted to India in 1873. During the monsoon young officers amuse themselves playing billiards and two of the games were called ‘pyramids’ and ‘black pool’. Pyramids involved potting red balls that had been arranged in a triangle and in black pool each player had a different coloured cue ball and when an opponent potted a player’s ball, that player would play a forfeit.

Chamberlain combined elements of the two games and persuaded his fellow officers to try. The term ‘snooker’ was slang for new recruit at Woolwich Military Academy and Chamberlain applied it one day when a player missed an easy shot and the name stuck.

Chamberlain introduced the game wherever his postings took him in India and it became very popular. The rules were worked out in detail Ootacmund Club, Madras when he was stationed there from 1881 to 1885. The World Billiards Champion, John Roberts met Chamberlain and the learnt the game from him. He introduced the game on his return to England.

Chamberlain’s military career was quite distinguished. He eventually became a lieutenant-colonel and was military secretary to the Kashmir government between 1890 and 1897. In 1899 he was promoted to Colonel. He died at his home in Ascot in 1944.

In 1984, Slough played host to the World Matchplay Darts Championship at the Fulcrum Centre. On the 13th October, in a match between two former world champions, John Lowe and Keith Deller, Lowe hit the world’s first televised recorded nine dart finish in a major tournament. His method was two maximum 180s, a treble 17, a treble 18 and finishing with a double 18. It earned him £102,000 and he went on to win the tournament.