Ernest Oscar Tips was born in Tielrode near Temse, in the East Flanders area of Belgium. He was the youngest of thirteen children and their father was a bicycle-maker.

In 1909 at the age of 16, Ernest and his brother Maurice had built their own pioneering flying machine; a canard pusher biplane fitted with an additional rotor in the hope of giving it a vertical take-off capability. The brothers also proved themselves as astute businessmen. Before the First World War they secured exclusive rights for the sale of the Gnome rotary engine to customers in the Netherlands and Belgium.

Tips moved to England and joined the Army Motor Lorries Company at Hayes in Middlesex. He met Charles Richard Fairey whilst on secondment to Short Brothers where Fairey was the chief engineer. In 1915, Fairey bought the Army Motor Lorries Company and Tips became Fairey’s first employee, working as engineer, production manager and even on occasion as a test pilot. He had learnt to fly in 1918. Also in 1918, aircraft designer Marcel Lobelle joined the company and him and Tips worked on the development of the Fairey III series of light bombers.

Tips was closely involved in the preparation of the Fairey IIID seaplane for the record-breaking flight across the South Atlantic in 1922. He worked on the assembly, test flying and subsequent delivery to Portugal, of the special long-range version of the aircraft. 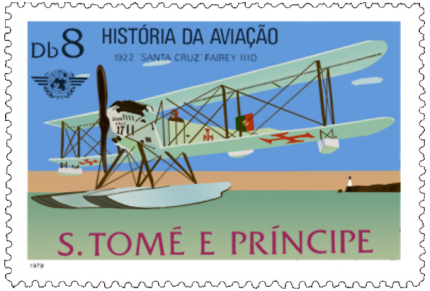 Tips returned to Belgium in 1931, to set up the subsidiary company, Avions Fairey SA at Gosselies. At this time the Belgian Aéronautique Militaire had a requirement to replace its WW1-era aircraft. Fairey aircraft such as the Firefly fighter and the Fox two-seat fighter, bomber and trainer were key to the forces’ re-equipment.

During this time, Tips designed his own aircraft, the Tipsy S (Sportif), a small low-wing, single-seater powered by a Douglas Sprite flat twin of just 16hp. It first flew at Gosselines in 1933. The aircraft was clearly under powered though, so the engine was changed to one delivering a more realistic 28hp.

The airframe was developed to accommodate either Sarolea 32hp or a Train 40hp engines and 19 aircraft were built. Aero Engines Limited of Kingsdown, Bristol built 3 more registered G-AESU, EXK and EXL.

In May 1935, test pilot Albert Eyskens flew the uprated Tipsy S with the aptly registered OO-TIP, to England. A week later, the Tipsy was demonstrated at Great West Aerodrome.

Advert from The Aeroplane magazine December 1939

On 5 June 1937, the Tipsy Light Aircraft Company of London Air Park, Hanworth was established to build the Tipsy B under licence. The aircraft built in England would become known as the Tipsy Trainer.

Tipsy Aircraft moved to a site in Liverpool Road on the Slough Trading Estate. The Trainers differed from the original Belgian aircraft featuring a slightly thicker wing profile, revised elevators, fixed leading edge slats and a degree of washout.

G-AFVN was used by the RAF during World War Two. From October 1945 the aircraft was returned to the civil register as G-AFVN. In June 2014 it was transferred to a new owner in Belgium and registered OO-DRY with the intention of it being restored to airworthiness.

Sixteen Tipsy Trainers were built from 1938 and 1939. When the Second World War began the incomplete airframes of three more were hoisted up into the rafters in the hope that they could be completed when peace returned. During the war the company made components for aircraft vital for the war effort, notably for Mosquito aircraft.

In 1947-48, the three part-finished airframes were lowered from the rafters and were completed. They were registered as G-AISA, G-AISB and G-AISC, their construction numbers were 17, 18 and 19 respectively. Components for two other airframes had been burnt during the harsh winter of 1946 to heat the factory and help to set glue.

Soon after the completion of G-AISC, the nineteenth aircraft built on the trading estate, the company closed in Slough. A total of 42 Tipsy Trainers had been built in Belgium and at Slough. 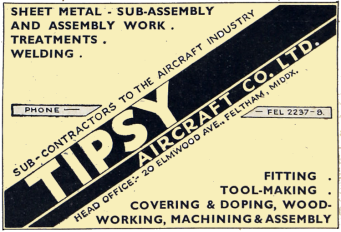 Commercially the problem was that the post-war market was flooded with surplus training aircraft. The Miles Magister and the de Havilland Tiger Moth were made available to the civilian market as the RAF and other air forces demobilised.

Many of these aircraft were not just more advanced but also often cheaper to buy than a newly-built Tipsy Trainer which was after all, a pre-war design. Also many of the surplus aircraft had enclosed cockpits and when sales of new civil aircraft did pick up, it was a new generation of Pipers, Cessnas and Luscombes, all very much more advanced and featured enclosed cabins.

Pilots found the Trainer to be a very easy and simple aircraft to fly. The 62hp engine and propeller causes swing due to torque but the relatively large fin and rudder helps the pilot to control this effect particularly on take-off.

However the large rudder could cause problems if landing in a crosswind. The large wing area produced a ground-effect which helped the pilot to land softly and smoothly.

In order to preserve a narrower fuselage, the two seats are staggered, with the right seat (instructor) about a foot behind the left (trainee). This meant that the instructor and trainee’s shoulders overlapped.

The two occupants share the central control column which is fitted with an extension for the right side. The instructor also has a throttle which is behind the student’s seat on the left side of the cockpit.

It now resides at the Brussels Air Museum.

Ernest Tips and the onset of war

The Avions Fairey factory in Belgium was working flat-out to build Fairey Battle light bombers and some 80 Hawker Hurricane fighters. On 10 May 1940, the factory was devastated by German bombing.

Tips immediately organised the evacuation of important drawings and company personnel to England via France. Tragically though, their ship was sunk by German bombers just outside St Nazaire. Eight of his staff were killed, but the remainder including Tips survived to work for the Fairey parent company during the Second World War.

Tips joined the Ministry of Aircraft Production as Chief Engineer and Managing Director of the Burtonwood Repair Depot. Before handing over control of the base to the Americans in in 1943, Tips was managing around 6,000 engineers and technicians.

He returned to Fairey Aviation as Chief Experimental Engineer and Chief Research Engineer in a new department devoted to helicopters. His wartime work in the field culminated in the creation of the Fairey Gyrodyne, combined autogiro and helicopter which in 1948 set a rotary-wing world record at 124 mph.

After the war, Tips returned to Belgium to rebuild the wrecked Gosselies factory. Avions Fairey restarted their operations by servicing Dakotas and later other types such as Tempests and Spitfires. In a joint venture with Fokker, production began of 240 Gloster Meteor jet fighters for the Dutch and Belgian air forces.

At the same time, Tipsy aircraft went back into production in Belgium and produced an enclosed cockpit version of the Trainer called the Tipsy Belfair. The name is a conjunction from the words Belgium and Fairey. The Fairey connection came from Ernest Tips. Only seven Belfairs were built.

In November 1953, Danish pilot Peder Riborg Andersen flew non-stop from Chievres in Belgium to Sidi Ifni in Morocco. It was a 2,635km flight which took 18 hours and 35 minutes. Apart from carrying a long-range fuel tank in the passenger seat, the aircraft was otherwise unmodified. Unfortunately

The record-breaking flight generated headlines but not sales, again due to a post-war glut of cheap of ex-military training aircraft. The final three were imported to the UK in partially completed condition and assembled by D Heaton at Sherburn-in-Elmet in Yorkshire in 1957. For some unknown reason they were given three culinary-derived registrations, AOXO, G-APIE and G-APOD.

Ernest Tips continued to refine his designs of sporting aircraft starting with the Tipsy Junior of which only two were built. The final design came in 1957 in the shape of the Tipsy Nipper. It was a very low cost aircraft designed which could either be produced factory-assembled or in kit form. It had a mid-wing and featured a tricycle undercarriage. Power plant would be from a Volkswagen car engine. It was the most successful Tipsy aircraft and between 1959 and 1961 Avions Fairey delivered 59 complete aircraft and 78 kits.

Tipsy Nipper OO-NIP from a 1958 advertisement

In 1962 the rights and a large assortment of uncompleted parts were sold to Cobelavia SA -Compagnie Belge d'Aviation, who assembled 18 Nippers. The design was then sold in 1966 to Nipper Aircraft Ltd at Castle Donington in the UK, with the Nippy Mk.III aircraft being built by Slingsby Sailplanes at Kirkbymoorside, before the production was ended by a fire at the factory in 1968. 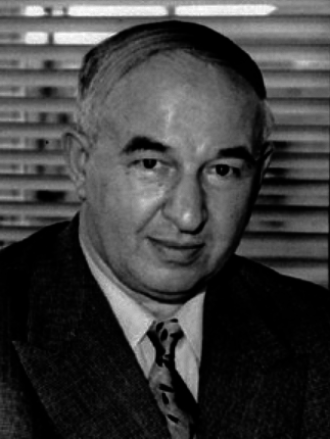 This is best information known to date

I would to thank Vincent Jacobs for updated information on the Tipsys that are displayed at Brussels Air Museum. Here is the E-mail received from him on the subject:

Many thanks for your marvelous website and the Tipsy section in particular. It is very interesting and the aircraft colour profiles are superb.

I have worked at the restoration of 2 Trainers for the Brussels Air Museum, can you please note that: