The name Langley comes from two Middle English words: lang meaning long; and leah which can paradoxically mean either wood or clearing. Langley came about as a result of the merging of a number of clearings: George Green, Horsemoor Green, Middle Green, Sawyers Green and Shreding Green. All but the area that formed Horsemoor Green are now parts of South Bucks.

Langley is famous as the home of the Hawker Hurricane fighter and the original Ford Transit Mk I van. The Hurricane and Transit are featured on their own pages. Click on a button below to open the page:

Hawker Hurricane ‘The Last of the Many’ 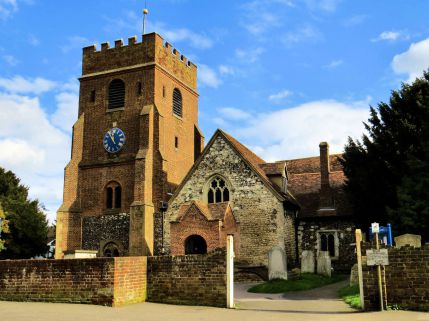 Church of St Mary the Virgin

A Grade 1 listed building, St Mary’s Church was built in the 12th century but has had several additions over the centuries. The tower and the north aisle arcade were built during the 17t century and the west porch added in 1818. St Mary’s has four tombs that are Grade 2 listed.

The church houses the Kedermister Library which was founded in 1613 by Sir John Kedermister and is kept in the original Jacobean-paneled cupboards built for it in 1620.

A catalogue which was created in the mid-17th century lists 307 volumes and a large portion of the library still survives. The oldest book in the collection is The Missale Romanum or Roman Missal printed in 1485. A missal is a book of prayers or devotions. Sir John Kedermister sponsored restoration of the church and donated four alms houses to the south of the church in 1617. 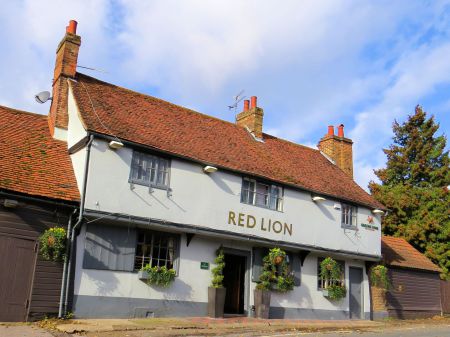 The Red Lion, St Mary’s Road, was built in the mid-late 16th century and is a Grade II listed building

Henry Seymour joined the Royalist army in the English Civil War of 1642–51 serving under William, Marquess of Hertford. At the end of the war Seymour accompanied Prince Charles into exile and carried the last messages between the prince and his father, Charles I, before the King’s execution in 1649.

Following the restoration of the monarchy which began in 1660, Seymour sat in the House of Commons from 1660 to 1681. In 1666 Seymour leased the estate of Langley and later purchased the property in 1669. During his retirement, among other charitable acts, he donated an alms house built in 1679 for six poor elderly people. It is situated just to the north of St Mary’s Church. 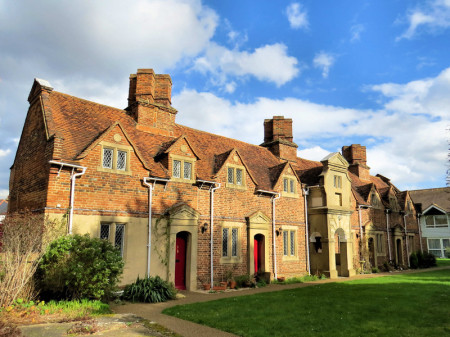 Seymour’s son, also named Henry, was made 1st Baronet Seymour of Langley in 1681 and also served as a Member of Parliament. He continued the funding of the Seymour alms house. 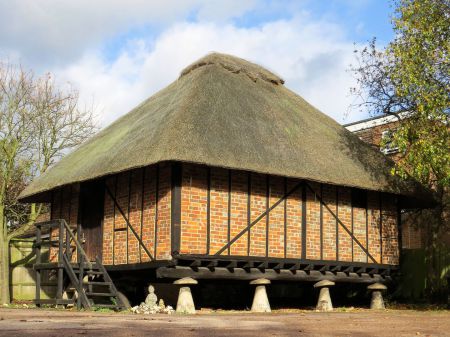 The granary was built in the 18th century and was part of Tithe Farm. It is built above the ground on twelve staddle stones to keep mice and other animals from gaining access to stored grain. It is a Grade II listed charming building, the only surviving one of Tithe Farm, rather bizarrely surrounded by the modern world. The Granary is located at TQ 0126 7883. 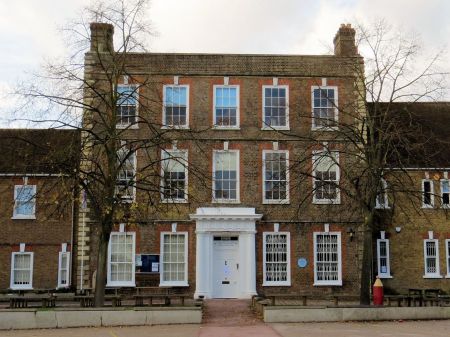 Langley Hall was built in the 17th century. During the 18th century work the imposing façade was added. For some time in the 20th century it was known as Langley Place and was a preparatory school for boys. Then it became the Actors Orphanage under the direction of Noel Coward, providing a home for the children of actors who had died.

Bomber Command took it over in the Second World War and then the Road Research Laboratory. It is now part of East Berkshire College and a primary school for well over 200 pupils. 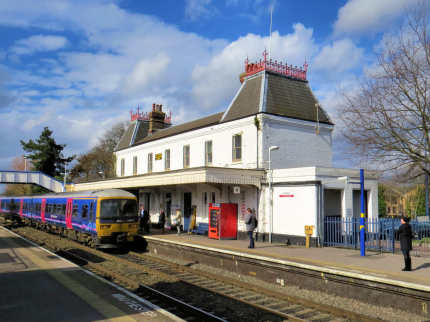 The original railway station at Langley was built in 1845. The present station was designed by John Danks who also designed Slough (1884), Taplow (1872) and Tilehurst (1882) stations. Langley handles around 0·7 million passenger arrivals and departures per year. 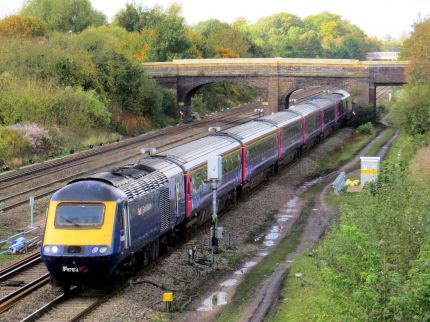 On the night of 9/10 October 1973, hundreds of firemen fought a massive blaze involving oil tankers at a railway depot near Langley station. The fire appears to have started at about 17:00 on 9 October and lasted until about 02:00 the next morning.

The fire involved 680 tons of high grade petrol and 370 tons of diesel fuel in 12 rail tankers and, at the height of the blaze, threatened more than million tons of fuel in six storage tanks at the Total Oil depot. 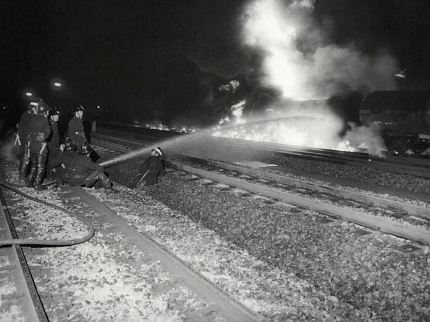 Very soon after the fire took hold, families on a nearby 150-home housing estate Langley were evacuated and not allowed to return until 07:00 on 10 October. Police closed all approach roads to all traffic except emergency services for at least half a mile around the incident. All trains on the mainline of what was once known as the Great Western Railway were suspended.

A supervisor who witnessed the incident said that he saw the train move off while pipes were still connected to two of its wagons. A spark was the probable cause to ignite the fuel on the rolling stock. Another train of tankers were moved out of the way to prevent them from becoming part of an even bigger incident.

Three firemen were taken to hospital to be treated for burns and exhaustion after being overcome by the heat. 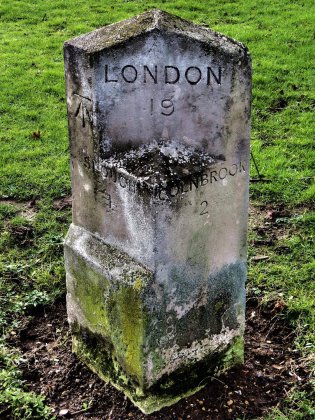 This milestone on the south side of the A4 Bath near Drake Avenue near Langley is a Grade II listed structure. The OS reference is SU999 788. 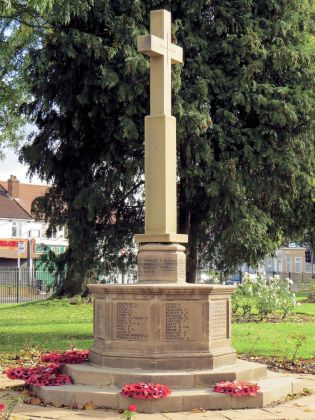 Langley's war memorial is made of Darley Dale stone. It was originally dedicated on 30 October 1921 at a service led by the Lord Bishop of Buckingham. The unveiling undertaken by the Lord Lieutenant of Buckinghamshire.

It now stands in Langley War Memorial Park. It was moved from a traffic island site which made annual Remembrance services difficult and left the memorial vulnerable to damage by traffic.