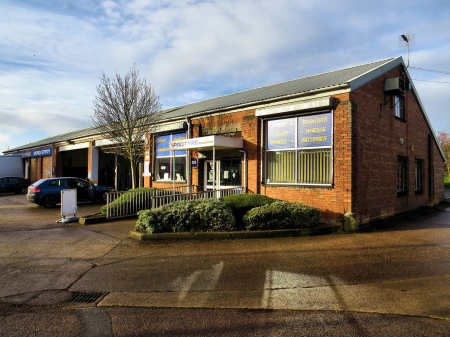 Stingray was about a high-speed patrol submarine, its crew and the WASP (World Aquanaut Security Patrol) personnel at the submarine’s base in Marineville. The main character is Captain Troy Tempest who commands Stingray with crew-mate Lieutenant ‘Phones’ Sheridan as they patrol the world’s oceans. Characters at Marineville include Commander Samuel Shore and his daughter Lieutenant Atlanta Shore who has designs on Troy.

In the pilot episode, Stingray is attacked by the Aquaphibians, an aquatic race commanded by King Titan. They are rescued by Marina, a mute slave girl of Titan, and Troy develops an infatuation with her making Atlanta jealous. Marina has the ability to breathe air and water and becomes a regular member of Stingray’s crew. Much of the series involves clashes between Stingray and Titan’s forces who use submarines in the form of mechanical fish.

The series was innovative. Underwater scenes of models or marionettes were filmed dry with cameras shooting through a thin tank with different sized fish swimming in it and shimmering lighting effects enhanced the illusion of being filmed under water.

Surface scenes were shot in a tank that was constantly being overfilled to hide the edges. With a total of 39 episodes produced by AP Films, it was the first British TV series to be filmed entirely in colour. The marionette characters had interchangeable heads for different expressions.

The show follows the adventures of the Tracy family who form International Rescue which is an organisation involved in… well, international rescue missions around the world. It is headed by ex-astronaut Jeff Tracy and his five sons. The sons pilot various rescue machines to the disaster zones. They respond to distress calls picked up by the satellite Thunderbird 5 which monitors all radio frequencies.

The Thunderbirds and their usual operators are 1: a hypersonic fast response aircraft piloted by Scott; 2: a supersonic heavy-lift aircraft for transporting rescue equipment piloted by Virgil; 3: a spacecraft piloted by Alan; 4: a mini-submarine piloted by Gordon; and 5: the monitoring satellite manned by John and sometimes Alan.

Other characters included Brains, the inventor of all the craft; London agent Lady Penelope and her butler/chauffer Parker; and the Hood who was a terrorist constantly trying to steal International Rescue’s secrets. The programmes were filmed using puppets as characters and models for the aircraft and other vehicles.

In 2004, Universal Studios released a modern movie version of Thunderbirds using actors and CGI animation. It generally received poor reviews and was a relative commercial failure. It seems that the charm of the original TV series and films was lost. The miniature film sets of the original were superb and the programmes featured spectacular pyrotechnics as opposed to the rather clincal CGI. Also, it must be said that the acting of the human cast of the modern movie was far more wooden than the puppets of the TV series.

One of the most memorable features of Thunderbirds was the opening titles with the theme music by Barry Gray.

Captain Scarlet and the Mysterons (1967)

AP Films became Century 21 Productions to produce Captain Scarlet as the series became popularly known. The plot concerned a conflict between the Earth and the Mysterons, a mysterious race from Mars who could bring to life and control certain humans that had recently deceased to their own ends. In the pilot episode, an exploratory team mistakenly destroy a Mysteron base and from this moment the aliens take continual reprisals on Earth.

Captain Black, one of the Earth’s exploratory team, is killed and reconstructed to serve as a Mysteron agent on Earth. Captain Scarlet is also killed and acquires from the Mysterons virtual indestructible qualities but his allegiance remains with Earth. Earth’s defence organisation is Spectrum and the characters have codenames relating to colour. The organisation is led by Colonel White, his communications officer is Lieutenant Green, Captain Scarlet’s closest colleague is Captain Blue, and there is a Captain Magenta etc.

Spectrum’s headquarters is Cloudbase, a kind of aircraft carrier in the sky, and its Angel Interceptor fighter aircraft are piloted by women whose names are mostly connected to musical terms. The squadron leader is Destiny Angel and other pilots are Harmony, Melody, Rhapsody and Symphony. Spectrum also have helicopters and executive jets along with Spectrum Pursuit Vehicles and other cars on the ground.

Captain Scarlet featured the voices of Sylvia Anderson (Melody Angel); Ed Bishop (Captain Blue and the part of the opening titles) and Francis Matthews (Captain Scarlet) and the programme ran for 32 episodes.

Captain Scarlet was followed by Joe 90 (1968) and The Secret Service (1969). During the filming of UFO (1970), which used actors instead of puppets, the company moved to Elstree Studios and thus ended its association with Slough. The next major project was Space 1999 (1975) which also used actors and for which the special effects were filmed at Bray Studios and Pinewood Studios being used for the live action sequences. 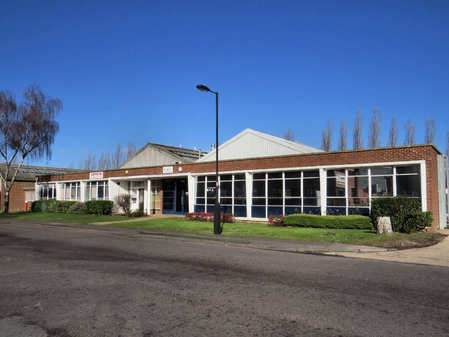