These areas of Slough lie to the north-west of the town centre. Farnham is home to most of Slough Trading Estate and the Farnham Road shopping area, the rest of the ward and its two neighbours are residential.

Baylis House is part of a complex of five listed buildings. Baylis House, the former service block and Godolphin Court are Grade I listed. The former coach house and its outbuilding are Grade II listed as are the walls and pavilions surrounding Baylis House. 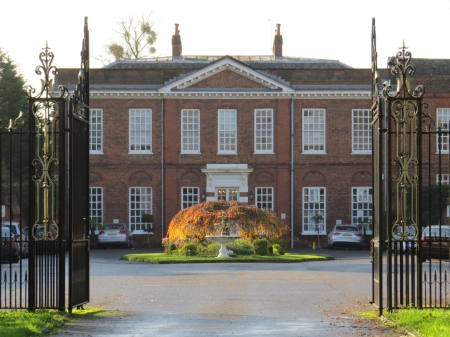 Baylis House was built on the site of the ‘Manor of Bailis’ in the late 17th century for Dr Gregory Hascard, Dean of Windsor. It was completed in 1696 and Hascard owned it until his death in 1708 when Dr Henry Godolphin took ownership. Godolphin had been made Dean of St Paul’s Cathedral the previous year and later took up his previous role of Provost of Eton College.

Godolphin died in 1733 and ownership passed to the Osborne family. Distinguished tenants at the time included Philip Stanhope, 4th Earl of Chesterfield, and Alexander Wedderburn, Earl of Rosslyn, who died at the house in 1805. From 1830, Baylis House became the Saint James Roman Catholic School. The school farmed about a hundred acres and managed its own dairy, bakery and brewery. Although these enterprises helped to support the school, it became bankrupt in 1907. 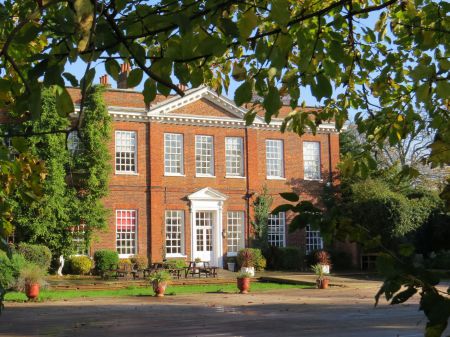 The rear of Baylis House

The house became home to the Food Reform Establishment and later it became a hotel but its condition was in decline. The house was bought by Slough Borough Council in 1939 but the onset of the Second World War meant that planned improvements had to be postponed. During the war Baylis House became the headquarters of Air Raid Precautions or ARP. Post war the grounds were developed as a sports centre. A fire in 1954 led to the removal of the third storey. Baylis House is now a hotel and conference centre.

There is some uncertainty as to the architect of Baylis House. It may have been Sir Christopher Wren but John James is also a strong contender. James designed the third storey in 1726 and continued with further extensions into the following decade. He is also credited with designing the stable block, now converted for business use and known as Godolphin Court, also designated a Grade I listed building. 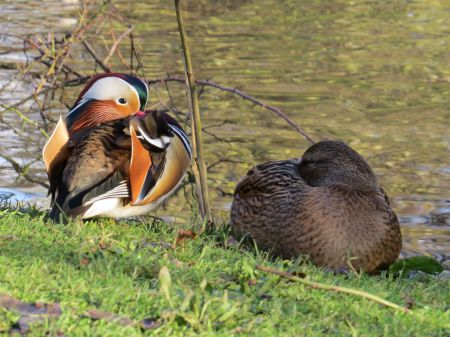 In the 1980s, the Marystrong Church in Stoke Poges Lane was purchased by the Muslim community and converted into a mosque. It was soon outgrown so the old building was demolished to be replaced by the Jamia Masjid Islamic Centre. It was completed opened for use in 2000 but the official opening was in 2001. Guests have included Yousuf Islam, formerly known as pop singer Cat Stevens. 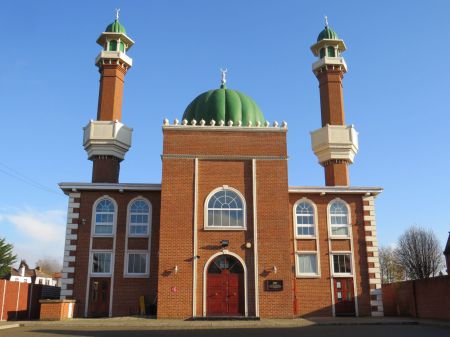 The Polish Association in Slough

In 1939 Poland was attacked from the west by Germany and from the east by Russia. After two months the superior forces of the invaders overran Poland. Millions of Poles were forced from their homes and many escaped to other countries.

In 1941 Germany attacked Russia. Many Poles that had fled their country along with refugees from countries in Eastern Europe fought with the Allies throughout the rest of the war. Post war there were several Polish refugee camps in the area of Slough, possibly because the town was new and needed workers for its development.

In the early 1950s the Polish Club was formed and met in the annexe of Baylis House, initially with about 50 members. As the Iron Curtain came down over Eastern Europe in 1956, the Polish refugees realised there would be no early return to their homeland and the membership of the club grew. In 1976 the Polish Club bought the building in Stoke Poges just outside the border of Slough and named it ‘Gryf’ meaning griffin, a mythical creature that like the phoenix, rose from ashes. The club itself is now known as the Polish Association in Slough.

The school was established in 1952 as Slough Technical School in William Street in the town centre on the site which later became occupied by the Slough campus of the Thames Valley College of Higher Education. In 1958, the school moved to its present site, a purpose-built building on Northampton Avenue. The roof suffered severe damage during the 1987 storm so for the academic year 1988/1989 it was forced to temporarily relocate to the site of the former Orchard Secondary Modern School. 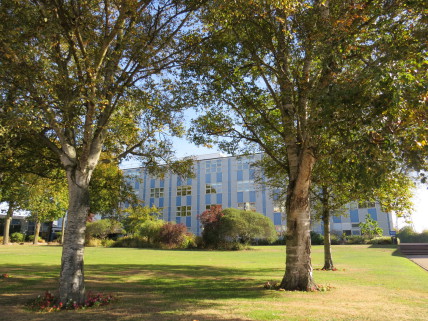 Herschel Grammar is co-educational and has round 900 students, 250 of whom are in the sixth form. The school motto is Achievement, challenge, excellence. The latest Ofsted report, carried out in 2012, was glowing and described the overall effectiveness as ‘Outstanding’.

Herschel Grammar is one of four schools in Slough that are frequently rated in the top 100 out of over 3,100 secondary schools in the country by the Department of Education for GCSE results. The other schools are Langley Grammar, St Bernard’s and Upton Grammar.

Over the years the school has been known as the following names:

What I enjoyed most in the sixth form was that we were allowed to go across the road the Rotunda Club for lunchtimes. I remember the food was nice and we could play pool or table tennis. It became the highlight of the day.

The building is now part of the school and is now known as Herschel Pupil Training Centre. 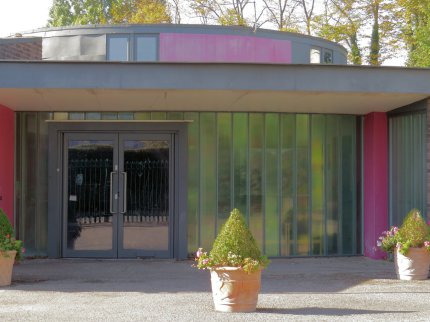 The centre runs a few different courses to help young people to maintain their place in school. Their problems may vary from behavioural, inattentiveness etc to difficulties in transition for Year 7 to secondary school. The whole point seems to be to help students refocus on their learning abilities. I find this quite heartening; there was never anything like this in my day. 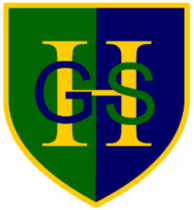