Slough lies in the Thames Valley just 18 miles to the west of Central London in an area full of the fascinating and the familiar. This is a selection of just a few of them. 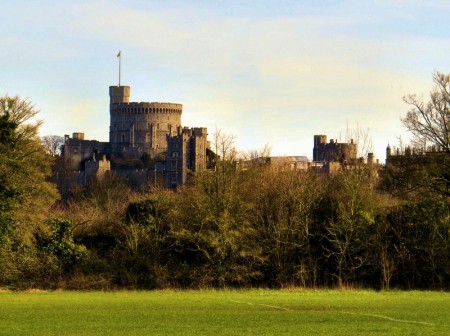 Standing just 2 miles south of Slough town centre, Windsor Castle has been a major residence of British monarchs for over 900 years. It was commissioned by William the Conqueror soon after the Norman Conquest of 1066.

The outer fortifications were originally built of timber but it appears that they were upgraded to stone sometime during the reign of Henry II (1133-1189).

Edward III (1327-77) had Windsor Castle turned into a Gothic-style palace. First the Lower Ward was rebuilt for the College of St George (1352); the Upper Ward reconstruction (1357); round towers and royal apartments were built on the north side of the quadrangle. The whole modernisation programme during Edwards reign cost a total of some £50,000.

Ironically, during the English Civil War, Windsor being a commercial town was home to Cromwell’s New Model Army and the castle was garrisoned by Colonel Venn’s troops. When the war ended and Charles I executed in 1649 for treason, he was buried in St George’s Chapel.

Further changes under George IV continued the trend towards royal palace but also had the exterior imposing appearance of the castle enhanced. The Round Tower was heightened and additional battlements and towers were built. 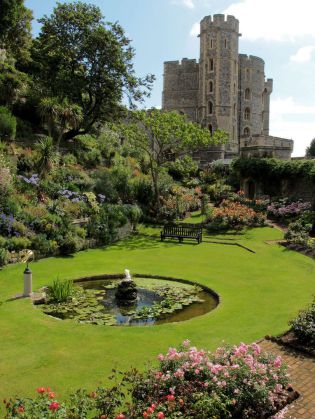 On 20 November 1992, a fire gutted part of the castle. It is thought to have been caused by a spotlight being too close to a curtain in Queen Victoria’s private chapel. The fire spread and destroyed the ceilings of St George’s Hall and the Grand Reception Room. It gutted the chapel, the State Dining Room, the Crimson Drawing room and several ancillary rooms nearby.

It took two hundred fire-fighters from seven brigades fifteen hours to extinguish the fire. The damaged areas have since been rebuilt or restored at a cost of £37 million, largely paid for by admissions to Buckingham Palace and by Parliamentary grant. 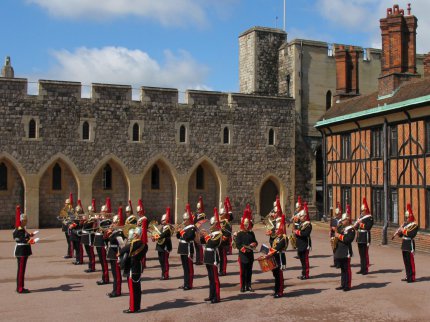 The schedule usually takes place on alternate days. At 10:40am the New Guard leaves Victoria Barracks escorted by the Band of the Blues and Royals. They march through Windsor and into the quadrangle of the castle where the Old Guard is waiting. 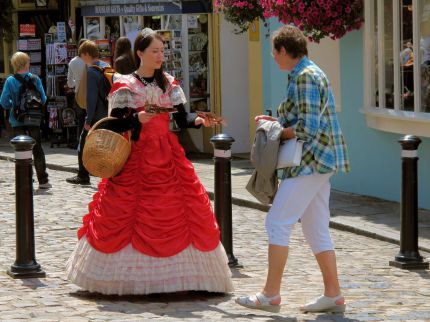 The lady in the 19th century period dress is handing out tourist information leaflets on a warm day in mid-July. Under the dress she would be wearing a crinoline petticoat to create the bell shape. In their day the petticoats were often worn too tight and the ladies would often faint from the restriction. This young lady couldn’t have been very comfortable but she didn’t let it show.

In 2016, an estimated 630,000 staying trips were spent in the the area of Windsor. Of these 438,000 were made by domestic visitors and 192,000 by overseas visitors. Staying trips resulted in an estimated 1·74 million visitor nights spent in the area. Overall spending reached £193 million for the year. 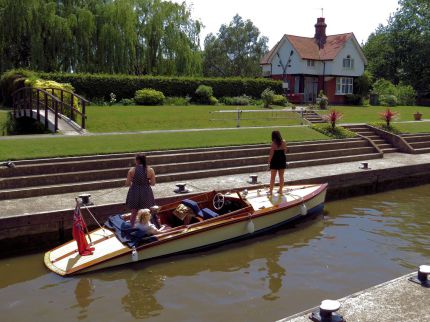 The River Thames is about a mile from my home and Boveney Lock is just a few hundred yards further along the bank from where the path joins. It is one of my favourite resting points on any cycle trip involving the Thames. The motor launch Blue Ripple in the photograph was built in 1939 and has clearly been lovingly maintained by its owners. 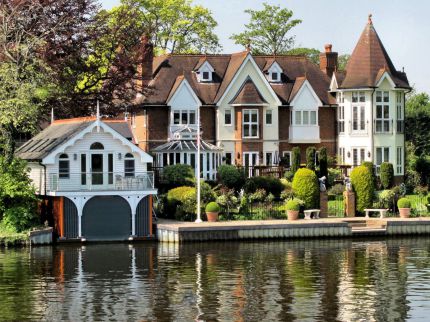 The popularly quoted source of the Thames is at Thames Head, OS grid reference ST980994. This is about 3⁄4 mile (1·2km) north of Kemble in southern Gloucestershire.

However, Seven Springs near Cheltenham, where the Churn rises to feed into the Thames near Cricklade is also sometimes quoted as the Thames' source. This location is furthest from the mouth and adds about 14 miles (23km) to the river's length. At Seven Springs is a stone with the Latin inscription ‘Hic tuus o Tamesine pater septemgeminus fons’, which means ‘Here, O Father Thames, your sevenfold source’. 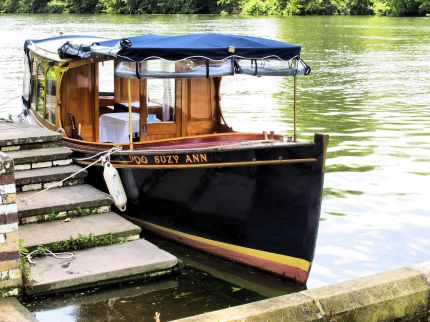 Launch Suzy Ann is one of three launches based at Cliveden boathouse. The other two are the Belmont and the Liddesdale. Suzy Ann was built in 1911 and is the flagship of the flotilla. She was restored for Cliveden in 1986

A few facts about the Thames:

Dorney Lake and the 2012 London Olympics 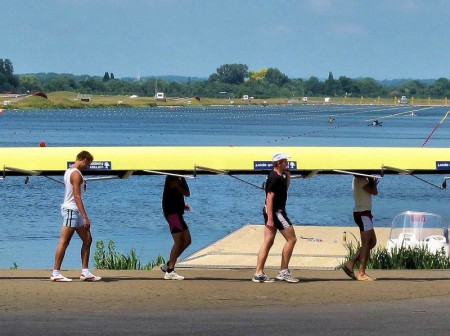 Half of an eight at Dorney Lake

Dorney Lake was the venue for rowing at the 2012 London Olympics and an estimated 230,000 spectators witnessed Great Britain’s dominance of the sport. Out of 39 medals available in rowing events Team GB won 9 which were a significant portion of the total 65 medals that Great Britain won, coming third after the United States (104) and China (88) overall.

There has been a house at Cliveden since 1666 but the present-day Italianate structure designed by Charles Barry, who also designed the Houses of Parliament, was built in 1851. The most famous resident of Cliveden was probably Lady Astor who was the first woman to serve as a Member of Parliament from 1919. 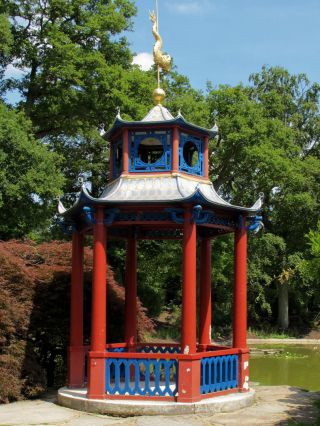 The Pagoda in the Cliveden Water Garden

In the 1960s the house was the focus of the Profumo affair. John Profumo was Secretary of State for War in the Macmillan government of 1960. He became involved with prostitute, 19 year old Christine Keeler, while staying at Cliveden. She was also seeing Yevgeny Ivanov, a naval attaché at the Russian embassy. Profumo eventually admitted the affair and resigned in 1963.

Nowadays Cliveden is owned by the National Trust and is run as a hotel. The gardens and house are a beautiful tourist attraction. 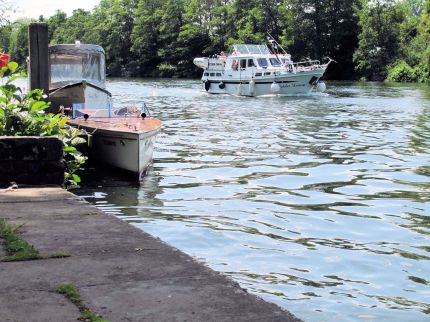 River cruiser October Dream going past the moored launch Belmont. Launch Belmont is one of three launches based at Cliveden boathouse. The other two are the Suzy Ann and the Liddesdale. The Belmont is a 33 foot Thames slipper launch built in the 1930s. 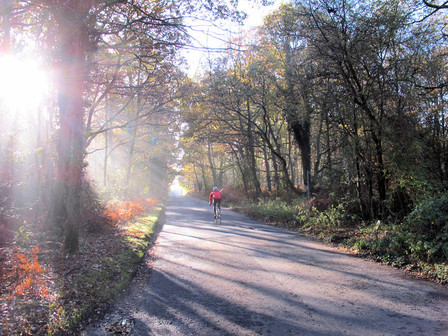 Burnham Beeches in the autumn

Covering an area of 540 acres, Burnham Beeches has been owned and managed by the City of London Corporation since it purchased it in 1879 for Londoners to enjoy. The woodland is rich in wildlife especially fungi and insects and it is a National Nature Reserve (NNR) and a Site of Special Scientific Interest (SSSI).

The Beeches in World War Two

At some point during World War Two, Churchill passed through Slough by train and saw military vehicles stored out in the open, a sitting target for enemy bombers. He ordered them to be hidden in Burnham Beeches.

In 1942, large parts of Burnham Beeches were requisitioned by the British Army for use as Vehicle Reserve Depot Number Two. Over 10,000 mostly light to medium vehicles such as Jeeps, ambulances, personnel carriers and troop vehicles were stored there, most of which were used in the D-Day landings. 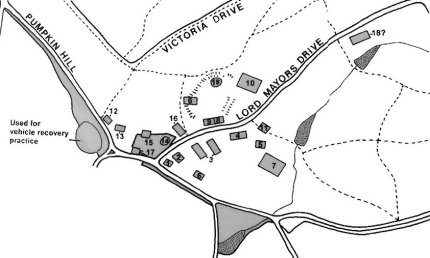 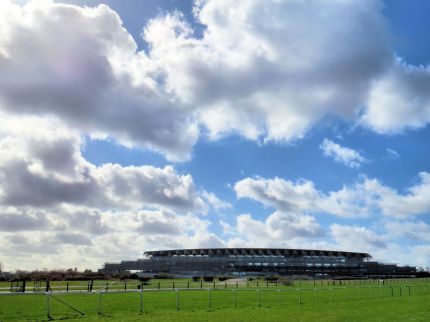 One of the leading racecourses in the United Kingdom, Ascot hosts 9 of the UK’s 32 annual Group 1 races. The racecourse lies approximately six miles south-west of Windsor Castle and is host to the annual race meeting Royal Ascot. It dates back to 1711 when it was founded by Queen Anne. Windsor also has a major racecourse on the south bank of the Thames. 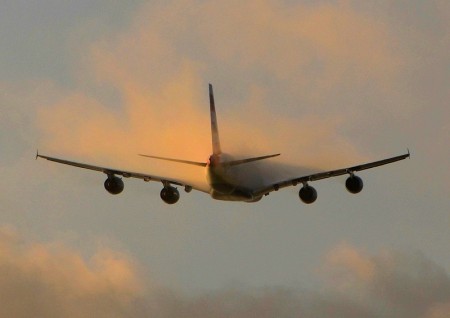 The centre of Heathrow Airport lies about 7 miles east-south-east of the centre of Slough, but the perimeter of the airport is less than half a mile from the eastern boundary of Colnbrook. Heathrow is used by over 90 airlines which fly to 170 destinations worldwide. 67 million passengers use the airport annually, 11% of which are domestic travellers; 43% are short-haul international travellers and 46% are long-haul. The airport uses two runways, has four passenger terminals (a new Terminal 2 is under construction) and a cargo terminal.