Richard Cox ran the Black Eagle Brewery in Bermondsey until 1820 when he retired with his wife Ann to The Lawns (later to become Colnbrook Lawn) in Colnbrook where he pursued his other main interest, horticulture. His house was set in two acres of land near Rodney Way and Daventry Close on the north side of the old Bath Road.

In 1830 he cultivated the first Cox’s Orange Pippin apple which was a cross between the Ribston Pippin and the Blenheim Orange. He also produced the Cox’s Pomona and in 1836 he offered grafts of both varieties to local nurseryman, E Small & Son who offered the first trees for sale in 1840. Sadly Cox died in 1845 without realising the success of the apple varieties to which he had given his name. 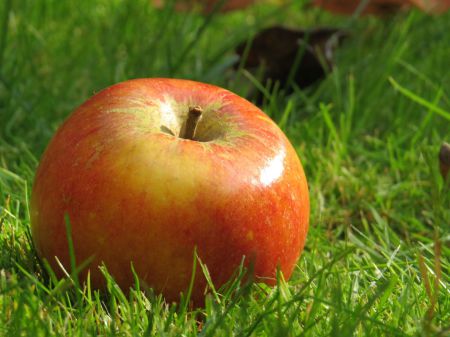 In 1850, Charles Turner of the Royal Nurseries in Slough was impressed by the quality of these fruit, included them in his catalogue. Other nurserymen began to graft and sell Cox’s Orange Pippin trees and by 1883 it had become one of the most popular apples in the country.

Cox outlived his wife by eight years and died in 1845 at the age of 79. He and his wife were buried in St Mary’s churchyard in Harmondsworth. A memorial orchard stands near the site of The Lawns and consists of Cox’s Orange Pippin, Cox's Pomona, Ribston Pippin, and Blenheim Orange and there are metallic benches in the shapes of the letters C, O and X. Another tribute to Cox is in the name of the small 1·2 hectare Pippins Park is situated at the end of Rodney Way and has a Green Flag Award for being among the best green spaces in the country.. 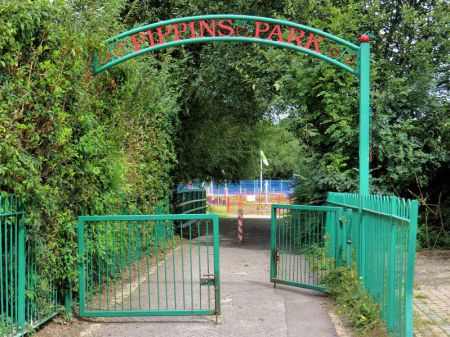 Incidentally, after Cox’s death, the brewery continued to operate under different owners and ultimately Courage, until 1930.