Other companies with headquarters in Slough

In 1985, Cellnet was formed as a 60/40 venture between BT Group and Securicor. In 1999, BT Group acquired Securicor’s share of Cellnet and the company was rebranded as BT Cellnet. BT Cellnet, and BT Group’s mobile telecommunications businesses in Germany, Ireland and the Netherlands were part of the BT Wireless division and this became a new holding company known as mmO2 plc, which was subsequently renamed O2 plc. 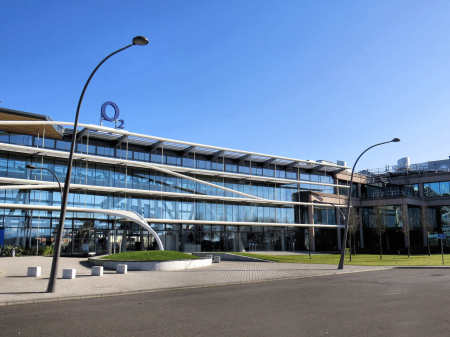 In 2005, the Spanish telecommunications company Telefónica, acquired O2 plc and as part of the terms of the acquisition, Telefónica agreed to retain the ‘O2’ brand along with the company’s UK headquarters in Slough. It is the second-largest mobile telecommunications provider in the United Kingdom.

In 2000 the UK office of 1&1 Internet was opened in Slough on the Bath Road just to the west of the town centre. Founded in 1988, 1&1 Internet is a German web-hosting company owned by United Internet AG. It has data centres in Europe, the USA and Canada, and in 2013, it expanded its services to Mexico. 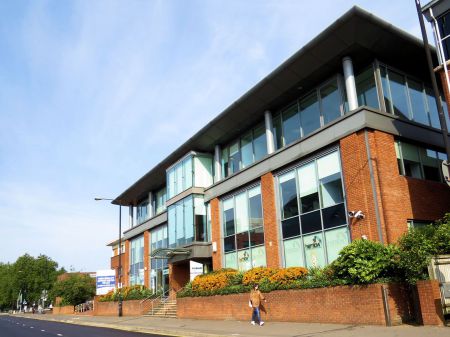 Internationally, 1&1 Internet employ over 6,500 staff, about 2,000 of which are technicians. In 2014 its customer base was over 13·64 million with over 19 million domain names registered. In February of the same year, a new website called Postcards from Slough joined this community and went live using 1&1.

From a user point of view, creating and maintaining a website using 1&1 is quite easy but, in order to maintain the impartiality of this website, web hosts other than 1&1 are available.

The basic layout chosen for this website is a header with three columns. The left-hand column is for page buttons, the middle is for the individual page content and the right-hand is for items common to all pages. In the case of Postcards from Slough the owner/author uses the right-hand column for site information and advertisements/sponsorship and other promotions. Elements are easy to add or remove.

Black & Decker was founded in 1910 as a small machine shop in Baltimore, Maryland, by S Duncan Black and Alonzo G Decker. In 1917 the company were granted their first patent was granted for the hand-held electric drill which featured a pistol grip and a trigger switch. 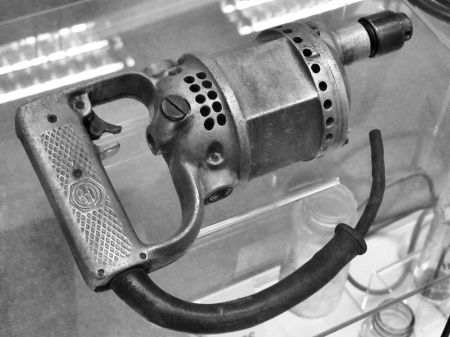 A Black and Decker drill from the 1930s

In 1946, the company was instrumental in the development of the do-it-yourself market with the launch of their Home Utility range after they found out that workers were borrowing tools for use at home. Major acquisitions by Black & Decker include DeWalt in 1960 and Emhart Corporation 1989. In 2010 the company merged with Stanley Works to become Stanley Black & Decker. 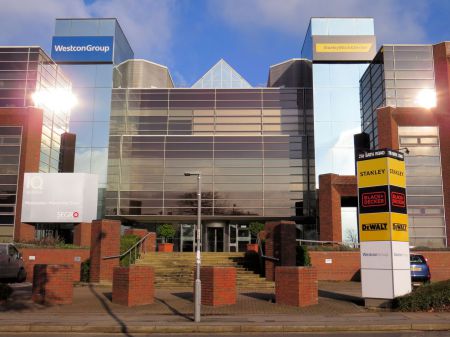 Black and Decker’s offices on the Bath Road

James Elliman and his family came to Slough in 1845 and set up a drapery business in Chandos Street which was about where the entrance to the Queensmere multi-storey car park is now. Elliman perfected a formula for an embrocation product that he had been experimenting for several years. It was first sold in 1847 as a treatment for animals but by 1850 it was also being sold for human use to ease aching muscles and joints.

The product was so successful that Elliman closed the drapery business to open a factory to produce the embrocation. Elliman made his sons, James Junior and Samuel, partners and when he died in 1870 they took over the company. Later James Junior took control of the company following Samuel’s death in 1884. 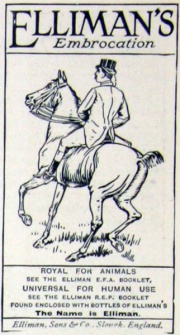 James Elliman Junior died in 1924 and the company continued to be operated as a family business until 1961, when it was sold to by Horlicks. Horlicks in turn became part of GlaxoSmithKline who continue to produce Elliman’s Embrocation. The advertisement is from 1911.

Based in the town of Plesná or Fleissen which lies in what is now known as the Czech Republic, The Pasold family ran a highly successful high-quality clothing business which they had built up over several generations back to the 18th century.

The family had earned a reputation for innovation in the design of looms and other machinery for efficient production guaranteed high quality. Their best-selling White Bear brand was particularly popular with the affluent people of Austria, Germany, Hungary and the British Isles.

During the 1920s, with the deteriorating political situation in Europe, the Pasold family made the insightful decision to build a new factory in Britain so that they could move their operations at short notice should they need to. Family members 23 year old Eric Pasold and his brother Rolf established the new factory just south of Langley railway station in 1932.

In the meantime the Nazis commandeered the family’s Fleissen factory to make military uniforms in the build up to war. By then the new factory in Langley was up and running and was a thriving business working on a new range called Ladybird children’s wear Orders from Marks and Spencer and FW Woolworth were instrumental in the successful start-up of this new venture and the brand began to appear in 1938.

By 1953, Ladybird employed 663 people and the factory was producing over 30,000 items a day. The Ladybird brand had become Britain’s best-known children’s clothing brand. However, by the early 1980s, the Langley factory closed and the site was redeveloped into smaller units. 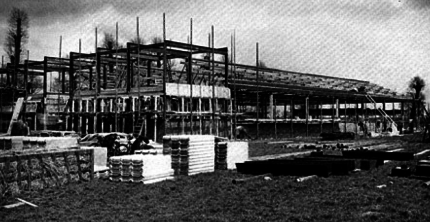 Construction of the Langley Factory 1930s

The company continued and in 1965, Ladybird merged with Coats Patons. In 1986, a deal was struck to sell the Ladybird range exclusively in Woolworths’ shops worldwide. With the credit crunch of 2008, the company went into administration in 2009. Both Woolworths and Ladybird were rescued by Shop Direct and relaunched online in the same year. Ladybird is now sold exclusively through Shop Direct brands Littlewoods, Woolworths, K&Co, Very and Isme.