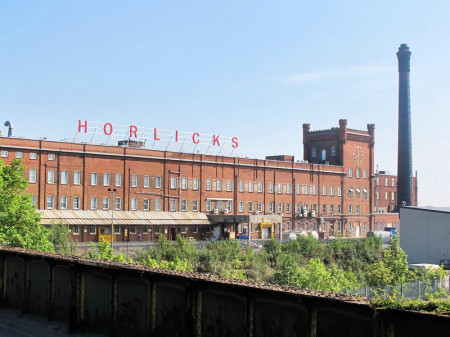 The Horlicks building is a major landmark in Slough

William Horlick and his pharmacist brother James Horlick emigrated from Ruardean, Gloucestershire, to the United States in 1869 and 1873 respectively. They formed J&W Horlicks in Chicago manufacturing a malted milk drink as an infant food. Moving to a larger site in Racine, Wisconsin in 1875, in 1883 they patented their first malted milk mixing powder. 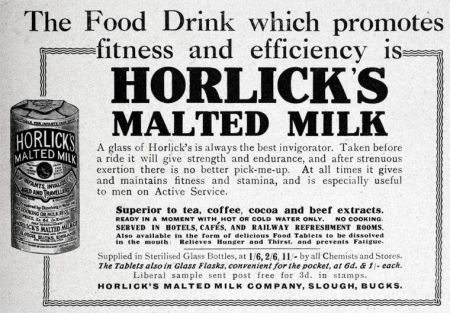 In 1890 James Horlick returned to London to import this product. By 1908 the Horlicks factory in Slough was built at a cost of £28,000. Horlicks drinks were popular for the North and South Pole expeditions and it also became popular during the First World War at home and at the front. 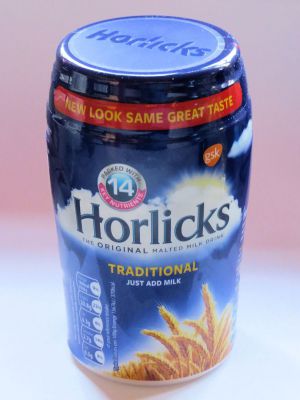 A traditional recipe in a modern jar

James Horlicks was made a baronet in 1914 but died in 1921. The company was split with William responsible for the Americas and James’ sons the rest of the world. William Horlick died in 1936 aged 90. In 1969 the company was acquired by the Beecham Group which in 1989 became SmithKline Beecham and later became GlaxoSmithKline.