Invention of the Wheelie Bin

The Dempster Brothers Construction Company of Knoxville, Tennessee, was formed in 1935 by George, Thomas and John Dempster. In 1937 they created the Dempster Dumpster, a rubbish removal truck, which they used within their own company. When competitors learned of the invention, the company was soon inundated with orders. They received so many orders that The Dempster Brothers abandoned the construction industry and concentrated on manufacturing the Dempster Dumpster.

The Dumpster reduced the amount of labour required to move debris by 75%. There was no longer a need to use a team of sanitation workers to shovel dirt, garbage and other debris into a flat bed. The Dempster Dumpster only required a single person to pick up the dumpster and haul it away. 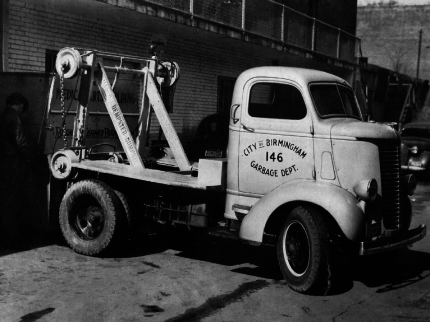 In 1950s they developed the Dumpmaster which was a front loading and emptying waste disposal truck. It had arms at the front that would pick up a dumpster and lift it over the cab to tip it into a hopper. A rearward-traveling compacting panel compressed the garbage stored in the truck, and was also used to push it out through a door at the back when it was being emptied. In the early 1960s, Dempster offered conversions to the new system for cities that had already invested in the old system.

George Dempster’s invention was so appreciated by city dwellers who then enjoyed their clean streets that he was elected mayor on 16 November 1951. He in 1964. His funeral was described as the largest one ever held in Knoxville. 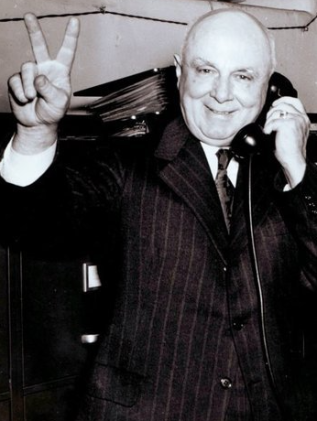 George Dempster on the evening that he was elected mayor

The modern wheelie bin design, as we know it today, was created in Slough on 12 March 1968 by Frank Rotherham Mouldings. As with Dempster Dumpster story, the early models of these bins were only used within the company to transport waste around the site. 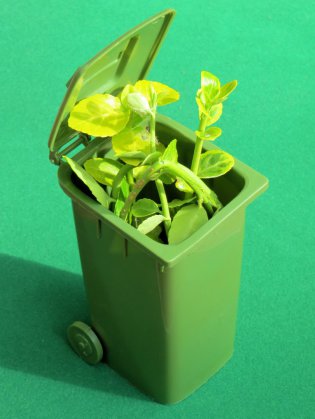 On a routine visit to the factory, a health and safety inspector showed an interest in the bins and realised the potential of the design for general waste collection. However, It took two decades to match the idea of the wheelie bin to the principles of the Dempster Dumpster truck. Today there are over 463 manufacturers of wheelie bins in the world.

Before wheelie bins were used for domestic waste, waste bins were heavy metal cylindrical containers with two handles opposite each other and a lid to be removed when emptying. They would be lugged over the shoulder of bin men from wherever they stood at the property, even from the back garden, and taken out to be manually emptied into the refuse truck in the street. 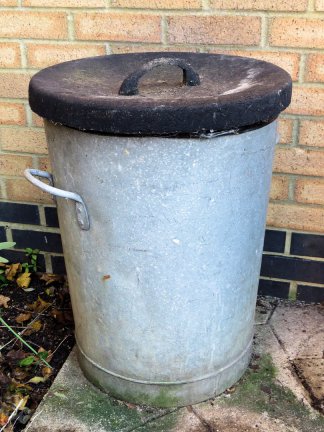 This bin was last used as a refuse bin towards the end of the 1980s at my parents’ house. When I moved out to live with my wife I took it with me because I thought be useful and so it has. I lined it with bin liners and used it to store surplus soil, sharp sand or peat type materials. In 28 years it’s never been out of use. it's made of thick galvanised steel and is heavy even when it's empty.