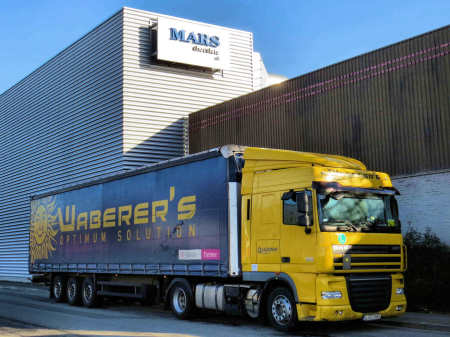 Waberer’s have a transport contract with Mars

Chocolate confectionery products were mostly in block form until 1932 when Forrest Mars set up his factory on Slough Trading Estate. His recipe consisted of layers of nougat, caramel and milk chocolate. His company, Mars Confections Ltd, initially employed 12 staff but the workforce grew to 100 within the first year.

Building on this success Mars struck on the idea to coat chocolate in a protective candy to stop it from melting. So M&Ms was born and they were adopted as a ration for US forces which ensured further success. This coating was later used to make Galaxy Minstrels. 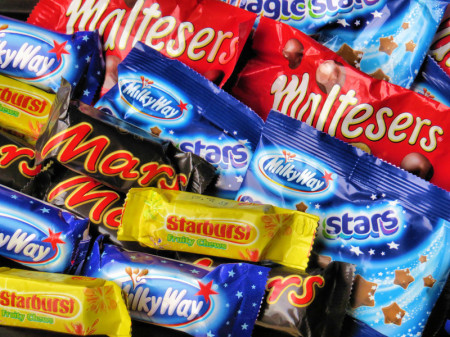 Some of Mars confectionery products

Mars diversified into food stuffs such as pet food, drinks and pioneered techniques to parboil rice. In 1938 Uncle Ben’s long grain rice was launched. Mars now has its headquarters in California.

I personally don’t eat much in the way of sweets but one thing that I do like is plain chocolate Bounty. For some reason they are not as readily available as the milk chocolate variety so here’s a link to buy them in bulk. This advertisement below is for a bulk purchase of 24 pairs of plain chocolate Bounty bars. Store them in the fridge – delicious!