During the Second World War, Slough Trading Estate was buzzing with activity and many companies were engaged in the aviation industry in one way or another. The diversion of some companies to aviation from their pre-war activities left them in state that was difficult to recover from post-war as technology in their field had left them behind. Other companies thrived even beyond the war and a good example of this is R Malcolm & Co which was to form the basis for ML Aviation.

Wrightson Aircraft Sales was founded in 1934 at 601 Bath Road, Slough Trading Estate. It later became Malcolm and Farquharson in May 1936. Later still, in December 1936, R Malcolm & Co was founded out of the company. In December 1939 Malcolm & Farquharson became a holding company with aircraft component production carried out by R. Malcolm.

At the beginning of the Second World War, Malcolm & Farquharson and R Malcolm were in financial difficulties and approached the Mobbs family for assistance. Noel Mobbs was co-founder of Slough Trading Estate with Sir Percival Perry in the early 1920s. During 1940 control of both companies was taken over by the Mobbs family through United Motor Finance Corporation.

R Malcolm & Co were aircraft plywood structures and general aircraft components. In 1938 the company was making petrol tanks, engine bearers, undercarriage legs and other items for the Tipsy Trainer. The company also made wheel spats, wing fillets and other components for the Miles Magister training aircraft. During the war the company made main plane fillets, tail plane leading edges and other parts for Spitfires. The company had to extend its premises and install new equipment to cope with the demand from the aviation industry at that time.

This was a kind of cockpit canopy that was first developed and manufactured by R Malcolm & Co for the Spitfire. It was radical because of its bulged shape. It was vacuum-formed from an acrylic material which had the advantages over glass of being lighter weight and could be shaped to give a better all-round visibility for the pilot.

The author believes that R Malcolm & Co along with associated company largely Pytchley Autocar Co Ltd who, in 1937, was making sliding panels which fitted flush when closed. This feature was obviously a necessary requirement for the Malcolm Hood.

The image represents a half-opened Malcolm Hood fitted to a Supermarine Spitfire Mk IIa. When the hood is pulled forward into place it would drop down and lock so that the front and rear will end up flush with the respective fixed parts of the cockpit.

The concept of the Malcolm Hood was further developed for other aircraft such as the North American produced P-51B & C Mustang variants as retrofit items. The first examples would have been made by ML at White Waltham but it is believed that the production Malcolm hoods were made by Dupont in the USA. The retro –fitting on Mustangs was carried out at White Waltham. It was later used as standard on later versions of the Vought F4U Corsair and other aircraft types ever since.

Another important product produced by ML Aviation in the Second World War was wing-mounted rails for 60 lb Rocket Projectiles. These were notably fitted to Hurricane, Typhoon and Tempest fighter-bombers engaged in the ground attack role particularly against enemy armour’ but also to coastal command aircraft such as Beaufighters and Mosquitoes in the anti-shipping role. In both instances the aircraft would be fitted with four rails and rockets under each wing and were effective and devastating against enemy forces.

The Day of the Typhoon by John Golley is currently out of print. Very good condition copies can still be found on the internet. The book is a true life account of flying rocket Typhoons at Normandy and beyond.

In 1940 Belgian aeronautical engineer Marcel Lobelle, chief designer at Fairey Aviation, left the company to join R Malcolm. Lobelle was born in Kortrijk, Flanders, fought in the Belgian Army at the start of World War I, with the 1st Regiment of Grenadier at the Battle of the Yser in October 1914. On being discharged from the army in 1917, he moved to Britain, taking employment with the Tarrant Company, and then Martinsyde, before eventually becoming chief designer at Fairey Aviation. Among his aircraft designs whilst at Faireys was the Lobelle was seriously wounded in the fighting for Tervaete during Swordfish, Fulmar, Albacore, Barracuda and Firefly II

Lobelle set up a drawing office on Slough Trading Estate. Demand was growing rapidly for aircraft and aircraft component production from the Ministry of Aircraft Production. To allow for expansion the drawing office and experimental work was moved to White Waltham. Manufacturing largely remained on the Slough Trading Estate still under the name of R. Malcolm. An additional firing site was also established on the airfield perimeter for development work.

In 1943, Malcolm & Farquharson’s services were dispensed with. Control of R Malcolm was taken over Eric Mobbs as Managing Director and Marcel Lobelle as Chief Designer. In 1944 Lobelle was appointed a director of the company. In October 1946, the name was changed to ML Aviation for the White Waltham site and ML Engineering at Slough, the initials being taken from the managing director and chief designer.

Following the end of the Second World War, many companies suffered from falling and cancelled government military contracts. However the coming of the East and West Cold War brought more work for ML Aviation and ML Engineering who were involved in the development of weapons carriage a for and release for the new generation of military jet aircraft, and through the 1950s the companies continued to expand.

The expansion required finance and so 1958 ML created the public company ML Holdings. This new company diversified into non-aerospace business which generated more finance. It was a golden age for the company.

From the 1950s, ML Aviation designed and built an extraordinary range of systems, accessories and equipment for the aviation industry especially for military applications. White Waltham had the design facilities, Slough did much manufacturing especially of specialised materials then White Waltham would do final assembly and testing.  The following list represents a fraction of the company’s activities:

In 1996, the Holding Board acquired other companies such as Frazer Nash and merged them with ML Aviation. ML Engineering in Slough moved to Andover in 1997 enabling design and production to join under one roof. In 1997 Cobham plc acquired ML Aviation & Marine for £37 million.

Ejector Release Units (ERUs) are used to carry and release stores such as bombs and missiles from military fighter and fighter-bomber aircraft. ML Aviation made a number of different types tailored for different aircraft and stores types. Other types were designed to release brake parachutes as shown in the header photo of a Vulcan bomber.

This lightweight unit carried and ejected weapon stores of up to 1,400 lbs (635kg). The unit weight complete with cartridge holders and throttles was 16½ lb (7.5kg). Two cartridges operated variable thrust ejector rams and these could be set according to the type of weapons carried. ERUs were manufactured at Slough with final assembly and testing done at White Waltham. This arrangement was used with many ML products. 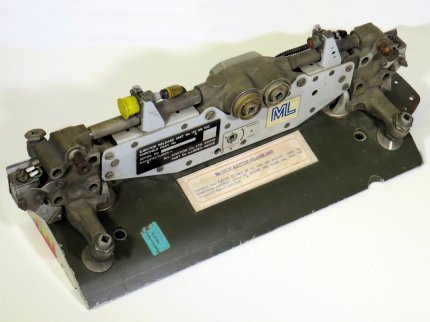 The 119 ERU Mk 1 was used on numerous aircraft such as Jaguar and Hawk. Subsequent versions with improved characteristics became the standard 14 inch weapons ejector for the RAF.

Explosive cartridges are used to provide gas pressure to operate Ejector Release Units. They consist of an aluminium alloy case, a main propellant charge, an ignition element and a closure disc.

An electrical signal from the cockpit of the aircraft ignites the main propellant charge. The closure disc is ruptured and the released gas actuates the ejector mechanism. The weapon or store is thrown down safely out of the path of any trailing parts of the aircraft such as the tail plane.

This device was for underwing and under fuselage carriage and ejection of small practice stores during aircrew training. 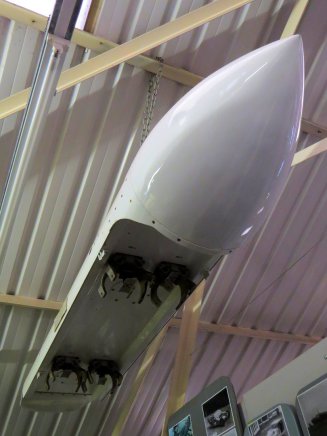 CBLS 200 at the Museum of Berkshire Aviation

The practice stores simulate the behaviour of the larger true stores that aircrew may use in combat. The stores would have a smoke puffer which would be activated on impact and show how accurate the practice had been.

This system reduces the cost of training as the use of practice stores is very much cheaper than using real munitions. It was used on a wide variety of aircraft including Buccaneer, Jaguar, Hawk and Tornado.

Runway surfaces can deteriorate through the build-up of tyre rubber, other deposits and from the effects of polishing. The Mu-Meter was developed and built by ML Aviation at White Waltham to gauge the surface friction of a runway on an airfield. 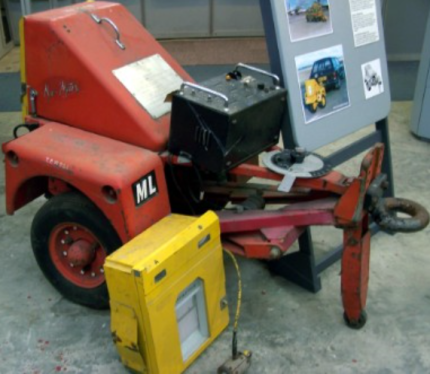 This information could then be quickly passed to the pilot and aircrew of an incoming aircraft for them to understand the conditions of the runway. It can assess and report the conditions of average runway in 2 or 3 minutes. A continuous trace record of the measurement is also provided.

The ML Aviation Aircraft Handler Type EN was capable of handling a wide variety of aircraft and, because of its compact design, was highly manoeuvrable and very useful in confined areas. It had simple controls and was battery operated and could be charged direct from mains electricity. 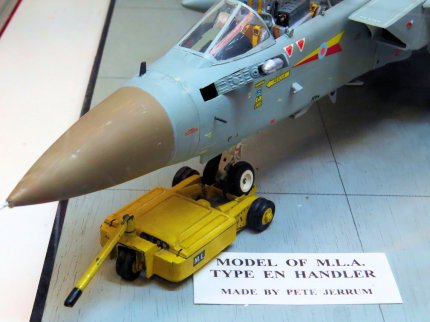 Marcel Lobelle died at Wexham Park Hospital on 30 August 1967. His death certificate records that he was aged 74 and he was married to Doris. 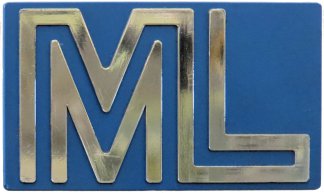 Many thanks to David Wiltshire for providing the lead on this article and also on Modern Wheel Drive (MWD). 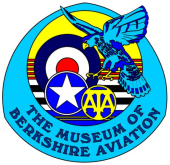