The Mercedes-Benz building is so well established that it has become a landmark in Slough. I myself have been given directions to places by people who say things like ‘go left at the Mercedes-Benz dealer…’.

This is no doubt partly due to it prominence on a major junction of the A4 Bath Road. The site must be very important to the prestigious organisation as the junction is the one that is used by many management and executives leaving Slough Trading Estate for the Huntercombe Spur of the M4 Junction 7 . These are naturally the very potential customers for Mercedes-Benz cars and while they are waiting for the lights to change the dealership looms large in theiir field  of view. 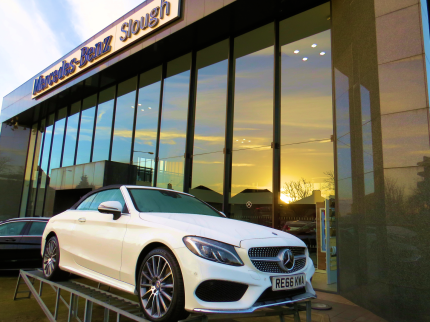 Initially based in Gateshead, the company acquired Bristol Street Motors in 2007, a Birmingham-based dealer that was established in the early 1900s. Vertu bought Farnell and Macklin Motors, a Scottish company, in 2010. After further acquisitions, the company is now the UK’s 5th largest motor retailer and owns major car franchises in over 130 dealerships nationwide.

The company’s largest acquisition since its establishment with Bristol Street Motors was GB£31m to purchase the Yorkshire-based Farnell Land Rover dealerships. 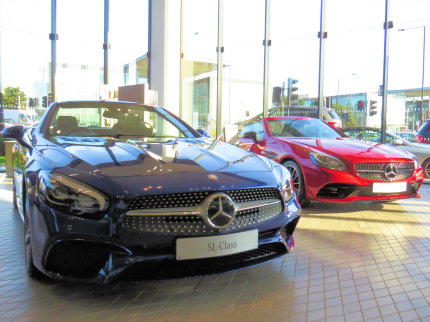 Some subsidiaries of Vertu Motors plc

All are subsidiaries of Vertu Motors plc 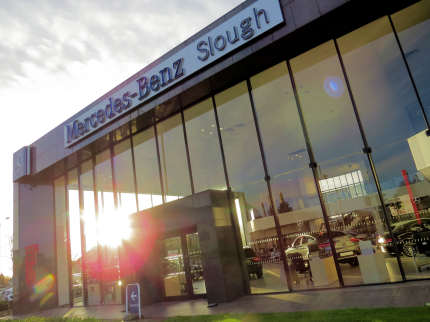 A brief history of Mercedes-Benz beginnings

In January 1886, Karl Benz patented his Benz Patent Motorwagen, which is widely regarded as the world’s first petrol-powered automobile. Finance and promotion was provided by his wife Bertha. Later that year Gottlieb Daimler and engineer Wilhelm Maybach converted a stagecoach with the addition of a petrol engine.

The Mercedes automobile was marketed in 1901 by Daimler-Motoren-Gesellschaft (DMG) or in English Daimler Motors Corporation. The trademark was created in 1902 by Emil Jellinek, an Austrian automobile entrepreneur. He named the machine Mercedes after his daughter Mercedes Jellinek.

Gottlied Daimler and Karl Benz merged their companies into Daimler-Benz. That company in turn merged with Mercedes on 28 June 1926 to form the Mercedes-Benz brand. 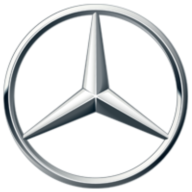 Birth of a star

In the 1870s, Gottlieb Daimler worked for Nikolaus Otto at Deutz AG Gasmotorenfabrik (gas engine factory) in Cologne. While there he sent his wife Emma Kunz a postcard with a three-pointed star design with the words ‘one day this star will shine over our triumphant factories’.

Gottlieb Daimler died in March 1900 but his sons, Paul and Adolf, continued working for DMG. The company In the 1900s, the company still didn’t have a trade symbol. Paul and Adolf suggested the three-pointed star which was accepted by DMG’s board in June 1909 and first used in 1910.

In 1916 the star was enclosed in a circle. It was registered in 1937 by Daimler-Benz and the three points represent land, water and air, the three environments for which the company’s engines are designed. 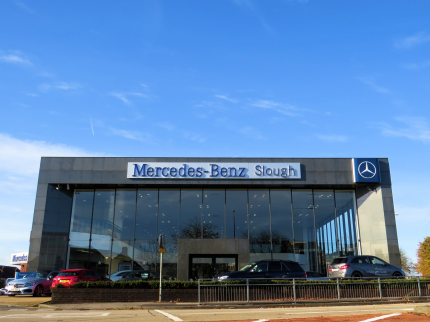 I can’t remember when this building wasn’t there 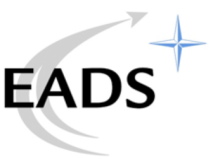 Incidentally in 1909, while registering the three-pointed star, DMG also registered a four-pointed version. Later, in the 1980s, it became the emblem of Deutsche Aerospace AG (DASA). From 2000 to 2010 it became the symbol of the European Aeronautic Defence and Space Company (EADS).

Jeremy: ‘What was the first car, production proper car, ever to be fitted with electronic anti-lock brakes?’

Jeremy: ‘Was the Mercedes S Class. Don’t come to my house for dinner. I’ll throw another one for you. What was the first car to be fitted with airbags?’

Jeremy: ‘Yes, mister boring man’s got it again. It was the Mercedes S class. Now every car’s got ABS and airbags. What was the first car ever to be fitted with three point seat belts?’

Jeremy: ‘In fact, the message is very clear here. If you want to know what toys are going to be fitted to your ordinary family saloon in ten years time, look at the Mercedes S Class.’ 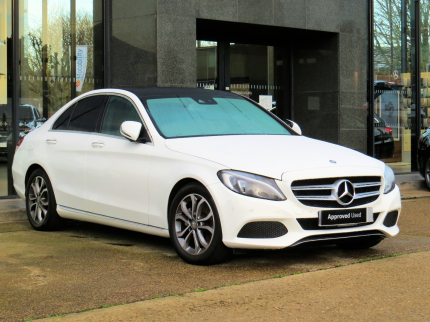