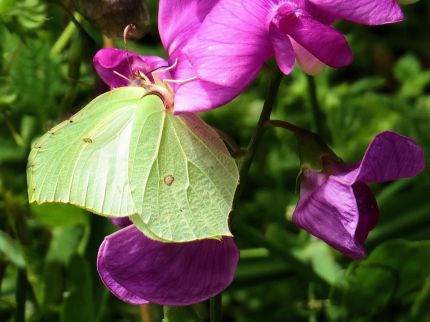 The Brimstone has spread in recent years, mainly in northern England. The males have yellow upper wings with yellow-green underwings. The wings of the female are a paler green, almost white. When the brimstone roosts among foliage, the angular shape and the strong veining of their wings can closely resemble leaves.

Eggs are laid late May to early June. There is a short period as caterpillars then chrysalis before adult hood during September. Preferred habitats are scrubby grassland, woodland and hedgerows. The larvae feed on leaves of buckthorn, and alder buckthorn.

The orange-tip is a sign of spring and is one of the first species emerge that has not overwintered as an adult. The male forewings have orange tips but the female lacks this colour feature. Both sexes have a pattern of blotches that appear green but are formed by yellow and black scales.

The male is generally more active than the female as it flits from plant to plant and may fly for longer periods without rest. The female, being more concerned with egg-laying, and is usually found around food plants. The orange-tip occurs throughout England, Wales and Ireland but is more localised in Scotland. It has a wide range of habitats which include hedgerows, riverbanks, woodland margins, damp meadows and gardens. There is a single brood each year and the eggs are laid singly on separate flower stalks. This is because the larvae are cannibalistic. 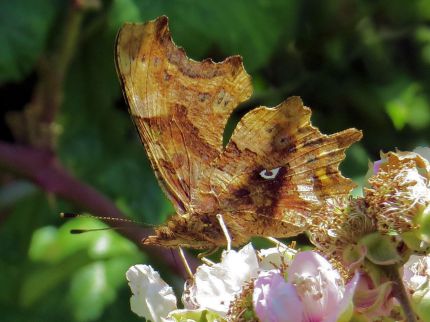 The cryptic colouring and exaggerated shape of the wings of the comma resemble dead leaves, a favoured hiding place for adults. The larvae flecked with brown and white may look like bird droppings. The comma was in severe decline but managed recover and is now widespread in southern Britain. Its range is expanding northwards.

The favoured food plant of comma caterpillars is the common nettle and other species used include hop, elms, currants and willows. 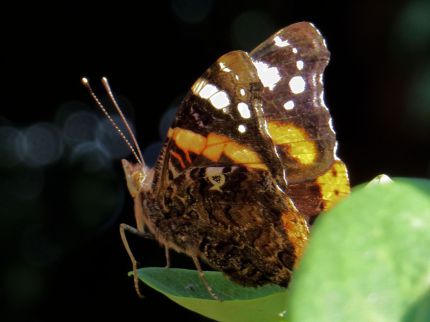 Widespread and common, the red admiral with its red, black and white colours is a very distinctive butterfly. Most adults in the UK migrate from North Africa but some hibernate here. They can be seen feeding on any warm day of the year if the conditions are favourable.

The preferred habitats of red admirals are woodland, grassland, parks, gardens farmland and coastal areas. They particularly like buddleia, honeysuckle and wisteria among other flowers. They lay their eggs from July onwards. The caterpillars feed on nettles. 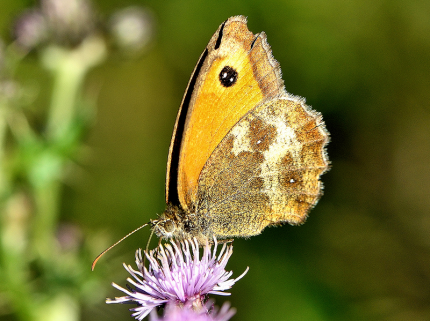 Also known as the hedge brown; the gatekeeper is a golden butterfly that starts to emerge in mid-summer. This species is found where shrubs grow close to rough grassland. After mating a female may lay between 100 and 200 eggs. Gatekeepers feed on honeydew and other nectar sources such as bramble and ragwort. 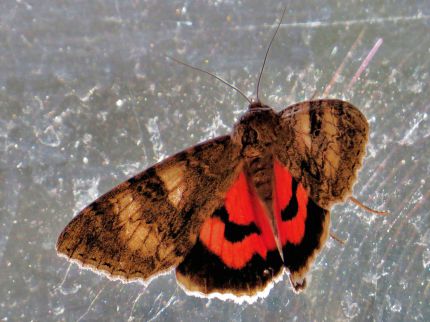 This common moth has grey forewings which are crossed by jagged lines and bands. The red hindwing has a black band around the margin fringed with white. Another irregular black band runs across the centre of the red patch of the hindwing.

Red underwings live in woodland, parkland, scrub, riverbanks and gardens across the UK. The larvae feed at night from May to July, hiding under loose bark or in a crevice during the day. They overwinter as eggs. The favoured food plants of the caterpillars are black-poplar, white poplar, aspen and other poplars and willows. 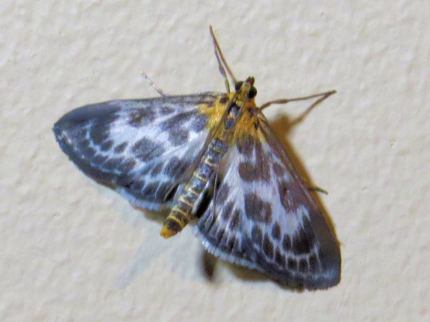 This is a common moth in the southern half of Britain, Europe and North America. Its wings have a distinctive black and white pattern and it has yellow pats to its body. Its main food source is nettle but it will also use bindweeds, woundworts and horehounds.

The larva feed in August and September then spins a silk cocoon for hibernation in a hollow stem or in loose bark. Pupation occurs the following May and the moth flies in June and July. 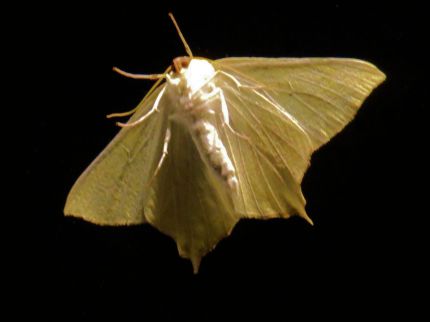 This common and widespread moth found throughout most of the UK, is strictly a nocturnal creature but can be disturbed during the day. They are attracted to light and the photo is of one lit by my outside patio light. During the winter the caterpillars find shelter in a crevice in bark or similar. The wings are pale yellow and they fade lighter with age.