Tracey Ullman was born Trace Ullman in Slough on 30th December 1959 to solicitor Anthony John Ullman and Dorin née Cleaver. Her father was a Polish soldier evacuated from Dunkirk in 1940. He died from a heart attack when she was six years old.

Money became tight after the death of Tracey’s father and she moved with her mother an older sister Patti to Hackbridge in London. The family used humour to keep their spirits up and Tracey and her sister would put on shows for their mother which the young Tracey developed her talents at mimicry of family, friends and celebrities.

Ullman wrote and performed in school plays and her headmaster suggested she go to a theatre arts school and at the age of 12 she won a scholarship to the Italia Conti Academy in London. Despite her time at this school she became disillusioned with the entertainment industry so found herself working for a paper distribution company.

The drive to perform had not completely deserted her and she competed in a contest at the Royal Court Theatre and won the Best Newcomer Award. The BBC took an interest in Ullman and offered her an opportunity to star in her own show.

A Kick up the Eighties was a comedy sketch show which ran from 1981 to 1984 on BBC2 and starred Tracey Ullman with Robbie Coltrane Richard Stilgoe, Miriam Margoyles and Rik Mayall.

Three of a Kind was also a comedy sketch show made by the BBC this time featuring Tracey Ullman with Lenny Henry and David Copperfield. Three series were run from 1981 to 1983 and, as well as reinforcing the careers of Ullman and Henry, it featured material from new writers such as Ian Hislop, Rob Grant and Doug Naylor.

Girls on Top was an ITV sitcom featuring Tracey Ullman with Dawn French Jennifer Saunders and Ruby Wax. It was made by Witzend and written by French, Saunders and Wax. The show, being about four flatmates and their landlady, was an attempt to create a female version of The Young Ones.

Tracey Ullman’s music career kicked off with her 1983 debut album You broke my heart in 17 places. It reached number 12 in the UK album charts and was followed by You caught me out which reached number 92 in 1984.

The singles from these albums with their UK chart positions following the hash # symbol were:

James L Brooks approached Ullman and they created the Tracey Ullman Show which was shown in the US on the Fox Channel from 1987 to 1990. It was a comedy variety show which featured the first rather wobbly incarnations of Matt Groening’s The Simpsons in short sketch form. In its relatively short run, The Tracey Ullman Show series earned four Emmy Awards and had introduced The Simpsons to the world. 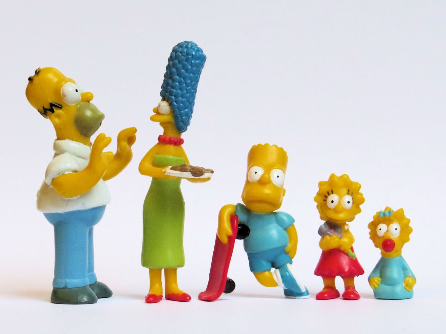 Ullman featured in a supporting role in the Plenty (1985). It here that she met Meryl Streep and the two actresses have been friends ever since. Her first starring role was with Kevin Kline, River Phoenix and Joan Plowright in I love you to Death (1990). Among other movies that Ullman starred in lead or supporting roles include: Mel Brooks’ Robin Hood: Men in Tights (1993), Woody Allen’s Small Time Crooks (2000) and A Dirty Shame.

In 1983 Ullman married producer Allan McKeown and the couple had two children, Mabel born in 1986 and Johnny born in 1991. Ullman became a citizen of the US in 2006 so now holds dual citizenship in the UK and US. Her husband McKeown died in 2013 from prostate cancer just three days short of their 30th anniversary.