Born Clifford Bennett on 4 June 1940 in Slough, Cliff Bennett was a vocalist who formed the band Cliff Bennett and the Rebel Rousers in 1957. Other members of the band were from the Middlesex or London areas and included: Mick Burt (drums); Nicky Hopkins (piano); Chas Hodges (keyboards and bass) and Dave Peacock (lead guitar). 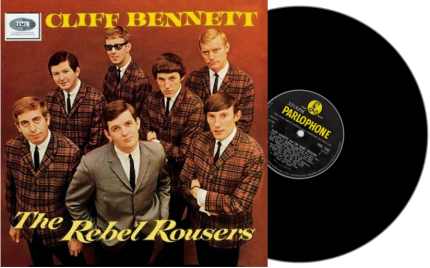 From 1957 the band recorded a number of singles on the Parlophone. In 1964 Brian Epstein became the band’s manager and their seventh single, One Way Love, made the charts. This was followed by two more singles, I'll Take You Home and Three Rooms with Running Water which also made the charts but no big breakthrough yet.

Cliff Bennett and the Rebel Rousers enjoyed their first Top Ten chart success with One Way Love which reached No 9 in the UK in 1964. The first button below will show a stage  performance of One Way Love, the second is a recording from the studio and has better acoustic qualities.

In early 1966, Cliff Bennett and the Rebel Rousers were the support act for The Beatles on their European tour. Part of The Beatles set was the Paul McCartney song Got to get you into my Life from the Revolver album. It wasn’t released as a single by The Beatles. Bennett recorded his own version with McCartney as producer for the session. It reached No 6 in the UK singles charts. Click on the button below to view a recorded live performance of the song.

Got to get you into my life - stage version

Bennett joined the band Toe Fat. He released the solo album Rebellion in 1971 and in 1975-76 he joined the band Shanghai as lead vocalist. Later he considered joining other bands but in the late 1970s he retired from the music industry and began a successful career in shipping.

In 1975 Chas Hodges (keyboards), Dave Peacock (bass) and Mick Burt (drums) became Chas and Dave. In 1988, Mark Lundquist reformed The Rebel Rousers and toured as manager and band leader of the band until 1996.

As Cliff Bennett & the Rebel Rousers

1963 Everybody loves a lover / My old standby

1964 Got My Mojo Working / Beautiful Dreamer

1965 Three Rooms with Running Water / If Only You’d Reply 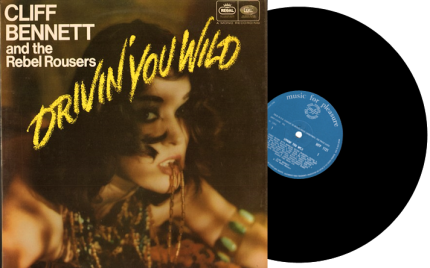 As Cliff Bennett & the Rebel Rousers

I Can't Stand It / Sweet and Lovely / Make Yourself at Home / You've Really Got a Hold on Me / Ain't That Lovin’ You / Sha La La / One Way Love / Steal Your Heart Away / It’s Alright / Beautiful Dreamer / Mercy, Mercy / Talking About My Baby / The Pick-Up

Three Rooms With Running Water / Baby, Baby, Baby / You Made Me Happy / Sweet Sorrow / I Have Cried My Last Tear / Another Saturday Night / Drivin’ Me Wild / That's Why I Love You So / Who Cheatin' Now? / I’ll Be Doggone / Strange Feeling / I'll Take You Home

As Cliff Bennett & His Band 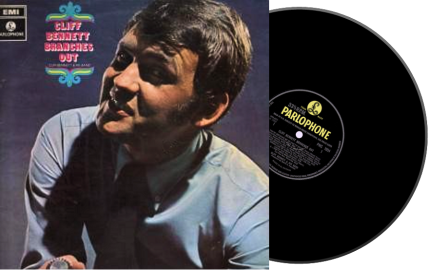