Born Alan James Bown on 21 July 1942 in Slough, Alan Bown was a trumpet player. When he finished serving with the RAF he joined the Embers in 1963. The group played rhythm’n’blues and jazz. They became quite successful playing at similar venues as The Beatles at that time.

Bown left the group to tour and record with the John Barry Seven who were backing Brenda Lee. Barry, of Bond theme fame, made Bown the lead member of the Seven so as to give himself more time for composing. The band broke up in 1965. 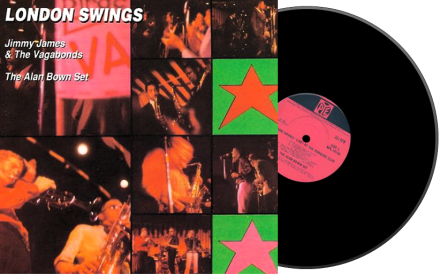 The 1966 album London Swings on the Pye label. Shared with Jimmy James & the Vagabonds side 1; The Alan Bown Set side 2. Released as a CD in 1994 on Castle, the Alan Bown playlist was:

Circa May 1965, Bown formed The Alan Bown Set with three former members of The John Barry Seven: Jeff Banister (lead vocals); Dave Green (saxophone, clarinet and flute) and Stan Haldane (bass). They were joined by Pete Burgess (guitar) and Vic Sweeney (Drums). They played American R&B and soul on the same tour circuit as Cliff Bennett and the Rebel Rousers and Georgie Fame and the Blue Flames.

Later Tony Hatch signed the Band to Pye Records. Their first single Can’t let her go/I’m the one did not. Dave Green was replaced by John Helliwell.  Jess Roden joined the band as lead vocals so that Jeff Bannister could concentrate on keyboards.

In 1967, the Pye Records contract expired and Bown reformed the band as ‘The Alan Bown!’ on Verve Records. Their style changed to psychedelic rock and their first album was Outward Bown released in 1967. In 1968 they appeared on BBC TVs Top of the Pops performing We can help you which had reached No26 in the UK charts. 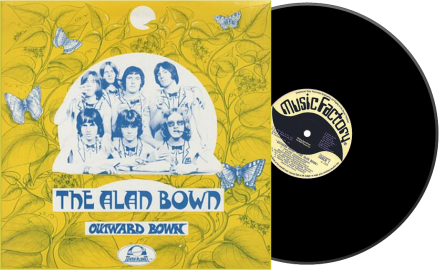 The 1969 album Outward Bown released on the Music Factory label.

In 1969, The Alan Bown! signed with Deram Records and released the single Still as Stone. The next album was The Alan Bown! and was recorded when Jess Roden left the band. The album was released in the US with his vocals. Robert Palmer replaced him and the vocals were re-recorded by him before the UK release.

History repeated itself in 1970 when The Alan Bown! signed with Island Records. They recorded the album Listen and, as before Palmer left. He was replaced by Gordon Neville and the vocals were re-recorded by him before the album was released.

During 1971, still with Island records, The Andy Bown! recorded the album Stretching out but in February 1972 there were changes in the line-up. Jeff Bannister (keyboards) left but not replaced. Dougie Thomson (bass) replaced Andy Brown and Derek Griffiths (guitar) replaced Tony Catchpole.

Band members and their destinies

Mel Collins – Saxophone and Flute. Worked with King Crimson and Alexis Korner amongst other acts

1967 We Can Help You / Magic Handkerchief (Music Factory)