This page is under development

Jazz pianist Marian McPartland was born Margaret Marian Turner on 20 March 1918 at 41 Sussex Place in Slough. Her father Frank Turner had been a civil engineer working in management at the Royal Arsenal in Woolwich before they moved to Slough. Her mother was Janet Turner née Payne. Marian didn’t grow up in Slough as soon after her birth the family moved to Woolwich. Marian had a younger sister named Joyce Mabel Kathleen Turner who was born when Marian was four. 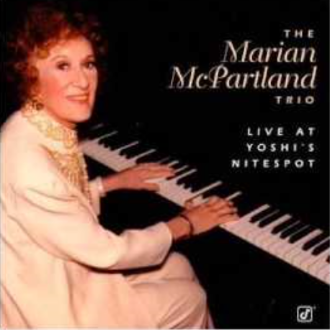 Generally Margaret (Marian) seems to have had a happy childhood. However, her mother could be over strict and criticise the smallest transgression. She was healthy but her sister was often sick with bronchitis in the winter and her mother doted on her.

Marian was to become a jazz musician, composer and writer. She played piano and her genres included bebop, cool jazz, mainstream jazz and swing. She was musically active until the end of her life aged 95 in 2013.

From the age of nine Margaret studied the violin but never took to it. She did enjoy playing the piano and learned to play by ear rather than by musical notation. She used to listen to the BBC on the radio which had been on air since 1922. In 1923, the corporation had formed an arrangement with the Savoy Hotel’s Savoy Opheans led by Carroll Gibbons and the Savoy Havana band featuring pianist Billy Mayerl. She also trained as a vocalist and was highly acclaimed in the local press.

During these younger years her mother wouldn’t allow Margaret to have formal piano lessons. However whilst attending The Stratford House for Girls (1933-1935) she met Doris Mackie who recognised the talents of Margaret. Mackie persuaded Margaret’s parents to allow Margaret to attend the Guildhall School of Music and Drama in London. Margaret was now sixteen.

At the Guildhall, Margaret studied for a degree that would qualify her to become a concert pianist and also did a course in vocal performance. She won the Worshipful Company of Musicians Composition Scholarship, and the Chairman's School Composition Prize in 1936 and 1937. 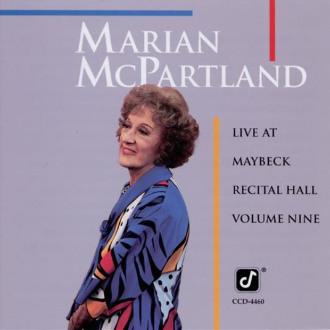 Margaret developed an admiration for American jazz musicians such as Duke Ellington and Fats Waller among many others and also a fascination for the USA. In 1938, she left the Guildhall before completing her degree and joined Billy Mayerl’s Claviers, a four-piano vaudeville act. She performed under the stage name Marian Page.

Her family were unhappy about Margret’s decision to leave the Guildhall but she promised them that she would return one day to complete her degree. From this point this article shall refer to Margaret as Marian.

Anticipating that there may be no piano available for shows, Marian learnt to play the accordion. During October 1944 at St Vith, Belgium, Marian met a young cornetist named Jimmy McPartland while playing a jam session. In the Jimmy had been married to singer Dorothy Williams and they had a daughter also named Dorothy in the mid-1930s. The marriage didn’t last.

Jimmy was tasked with forming a sextet to entertain the troops and asked Marian to join ass pianist. They soon fell in love and were married on 3rd February 1945 in Aachen, Germany. Marian was reluctant to tell her parents of the marriage it fell to Jimmy’s kindly commanding officer to go to them and explain.

The couple made their first recording together in January 1946 in London. The marriage gave Marian duel Anglo-American citizenship and the couple decided to go to live in the USA, arriving in New York on 23rd April 1946.

Marian and Jimmy went to live in Chicago where his family lived. Jimmy had grown up in Austin before the war and played in a Dixieland-style azz band called the Austin High Gang along with his brother Dick. Marian made her US debut at the Moose Lodge in June 1946 and soon became part of Jimmy’s new band who had scored regular appearances at the Rose Bowl. This was followed by similar arrangements with other venues. Their stature was rising as they played at more exclusive clubs and with stars like Billie Holiday.

In 1949, Jimmy and Marian attended the Paris Jazz Festival and this began Marian’s writing career as her tribute to the festival appeared in the July 1949 issue of Down Beat. Also in 1949, Jimmy and Marian moved to Manhattan. In 1950 Marian decided to drop her stage name of Marian Page and go with her married name. Marian McPartland.

Marian started her own trio with the encouragement of Jimmy. It gave her the experience of leading her own group and after trying different combinations she settled with piano, bass and drums. The trio would play with stars such as trumpeter Roy Eldridge, vibraphonist Terry Gibbs and saxophonist Coleman Hawkins.

Marian signed her first record deal with Savoy Records and in February 1952 started a regular series of gigs at the Hickory House, an arrangement that continued until November 1962. Duke Ellington would often come along to watch her perform. He told her that he thought she played too many notes, a piece of advice of which she took note.

In the early 1950s, Marian set up a trio and the best line up was herself on piano, Joe Morello on drums and Bill Crow on bass. The group signed a five-album deal with Capitol Records. In 1956, Marian began an affair with her drummer Joe Morello. It would continue for almost ten years. In late 1956, Morello's wife discovered their affair. Dave Brubeck hired Morello Later that year.

When Marian’s Hickory House gigs were over, Benny Goodman offered her a place in his septet for their 1963 tour. Goodman found that he wasn’t keen on her modern style so Marian tended to restrict herself to the trio numbers. Marian, already stressed from the events of the last few years, was now on a stressful tour. She checked herself into the Menninger Clinic in Topeka as an outpatient and was referred to Dr William Benjamin, a psychotherapist.

Through years of Benjamin’s treatment led Marian to important choices. She ended the affair with Joe Morello in 1964 and later divorced Jimmy. They remained close and even remarried in 1991, shortly before Jimmy's death on 13 March 1991. He died of lung cancer in New York two days before his 84th birthday. 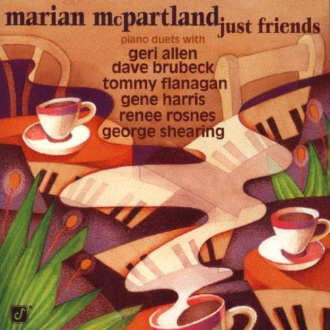 In the late 1960s, Marian reviewed 34 albums for Down Beat magazine. In 1966 she hosted a radio show called A Delicate Balance which aired for two hours every Saturday. It soon turned into part chat show and brought her connections with people that would influence her and her future career.

In the 1960s, Marian realised that the kids were unaware of jazz and utterly hooked with rock and roll. In 1964, she began teaching at jazz clinics organized by one of her former drummers Clem DeRosa. In 1966, DeRosa received a grant to allow him to develop his method, and he moved to the Cold Spring Harbour High School. The grant meant he was able to pay Marian full-time to teach with him through 1967. Marian continued to work in jazz education for the rest of her life and in 1986 she received the Jazz Educator of the Year award.

In February 1967, Marian met composer Alec Wilder. They became very good friends and he encouraged her to write and compose. They met a second while Marian was touring Rochester they collaborated on a difficult project for of them.

Over the years, Marian had recording deals with labels such as Capitol, Savoy, Argo, Time, and Dot. In 1969 she co-founded her own record label with Sherman Fairchild and Hank O’Neal, Halcyon Records. In 1974, Marian recorded the album Marian McPartland Plays the Music of Alec Wilder released by Halcyon Records. Later she would have a long association with the Concord label.

In 1977, Marian had become a campaigner for women in jazz, and headlined the first Women’s Jazz Festival in Kansas City 17th March 1977. In the Late 1970s Marian toured Asia, Europe, South America and the USA.

Some of the shows were released on CD or LP on the The Jazz Alliance label, a subsidiary of Concord Records. Marian retired from the program in 2011, and the show was taken over by Jon Weber. Piano Jazz was highly celebrated and won a Peabody Award in 1983, the Gabriel Award in 1986 and the NY Gold Medal Award also in 1986 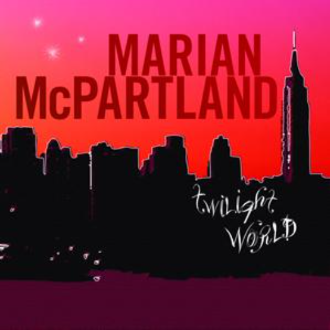 Marian had the ability to pick up a tune just by listening to it. Because of this, she could go into two or three different keys in a tune and shift with no problem. She was also a synesthetic, associating musical keys with colours: ‘The key of D is daffodil yellow, B major is maroon, and B flat is blue.’

Marian McPartland died of old age on 20 August 2013, at her home in Port Washington, New York. She had remained professionally active up until the year of her death. She was 95 years old. 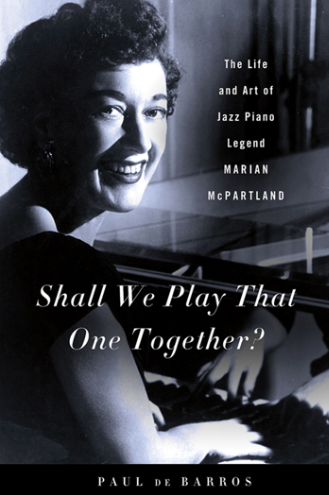 Cover of Marian McPartland’s biography Shall We Play That One Together? By Paul de Barros

2010     Awarded Officer of the British Empire (OBE) in the 2010 New Year Honours for services to jazz and to aspiring young musicians in the USA.