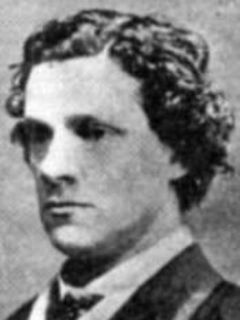 William James Herschel was born in Slough on 9 January 1833. He was a grandson of astronomer Sir William Herschel, and son of John Herschel. His father largely followed in the footsteps of his father to also become an astronomer but it seems that he wanted his own son to find a different career.

William James joined the East India Company and in 1853 he was posted to Bengal. Eventually he became a member of the Indian Civil Service and was posted to Jungipoor. In 1858 he drew up a contract with a local man for the supply of road building materials.

In order to ensure the proof of the identity of the supplier, Herschel insisted that the businessman made a hand print on the document. It seems that the man felt that the contract was more binding with personal contact rather than a simple signature which can be forged. This may have been partly down to a superstitious belief on the part of the signatory as well not unlike the idea that the taking of a photograph takes away part of the soul.

The use of fingerprints both in business transactions and criminal investigations goes back to prehistory particularly in the Middle and Far East. The prints were made on clay tablets or seals. 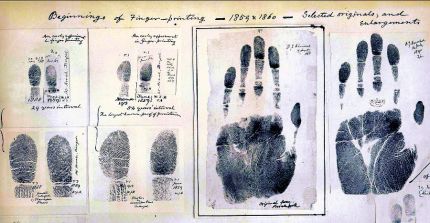 Herschel never realised the potential for taking fingerprints at the scene of a crime and therefore to catch criminals, he merely developed the technique of taking prints from people’s hands to use as an administrative tool for positively identifying people. Francis Galton and Edward Henry followed up Herschel’s work to develop the use of fingerprints to fight crime.

These days fingerprints are key in the use of criminology. In the UK IDENTI, the central database for holding, searching and comparing biometric information, contains the fingerprints of over 7 million people.

Electronic fingerprint readers are being used for security applications such as log in for computer users, electronic registration, library access and other uses.

On 19 May 1864 he married (Anne) Emma Haldane, youngest daughter of Alfred Hardcastle of Hatcham House, Surrey. She died in 1873 giving birth of their second son, having borne him 3 other children:

William James lived at Warfield in Berkshire. Upon his death on 24 October 1917 (aged 84), the baronetcy passed to his son.