The Moon viewed from Slough

The Moon is thought to have been formed around 4·5 billion years ago. It orbits the Earth at an average distance of 384,403km (238,857 miles). It’s diameter of the Moon is about 3,480km (2,160 miles).Although the Moon appears bright to the eye, it reflects into space only 7 per cent of the light that falls on it. This reflectivity, or albedo, of 0·07 is similar to that of coal dust.

In 2013, I bought myself a new compact digital camera, a Canon SX50, which has a 50x zoom lens. At the time it was probably the best compact camera on the market. On 19 October 2013, I mounted the camera on a tripod in my back garden and pointed it at the Moon. I fiddled around with the settings to get the best exposure and found the results to be quite impressive. 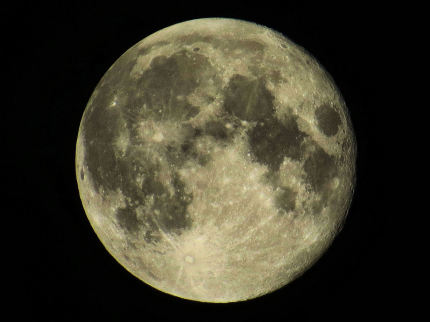 I continued the project for about a month through the rest of October and into November and gained similarly satisfying results.

In the northern hemisphere, mid-autumn to mid-winter is the best part of the year to observe and photograph the Moon at night as it appears at its highest in the sky at night. 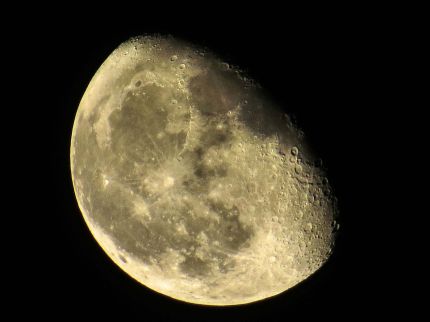 The phase which follows the full Moon, shows pleasing shadows on some of the Moon’s craters

The Moon as a planet

There are astronomers and scientists who are beginning to think of the Moon as a planet. To explore this idea one must consider what defines a planet?

In August 2006 The International Astronomical Union (IAU) defined that in the Solar System a planet is a celestial body which meets these criteria:

The Moon fulfils the last two but is not in orbit around the Sun in its own right. The Moon orbits the Earth which orbits the Sun. The Earth/Moon system is not only unique to the Solar System, it is unique to human knowledge. Is there a case to reconsider the Earth/Moon to see if they could be regarded as a binary planet system?

Considering the other planets, Mercury and Venus fit the IAU criteria fairly exactly. They each have a simple orbit around the Sun unencumbered by satellites. The same is true of Mars and the gas giants of Jupiter, Saturn, Uranus and Neptune. This is because although they all have satellites, none of them are large enough to significantly affect their planet’s orbit around the Sun. 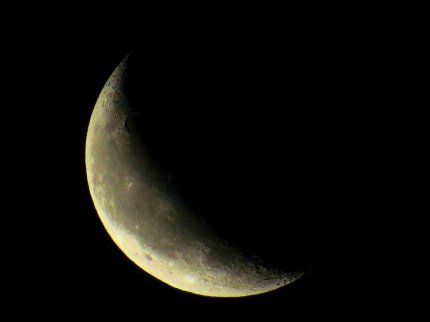 Comparison of the Moon’s size

The table shows that the Moon is the fifth largest satellite in the Solar System.

Mercury has been inserted in the table as a guest but not numbered as it is a planet and not a satellite.

There are two phases of the Moon missing from my set: New Moon and First Quarter. New M can be tricky as it is a day time shot where the Moon surface is entirely in shadow and doesn’t show in the daytime sky.

My excuses for not getting the First Quarter are the time of night or rather early morning combined with the low position hidden by trees at the back of my house. At that time there may have been some poor weather. Frankly I was lucky to get the sequence that I did get. 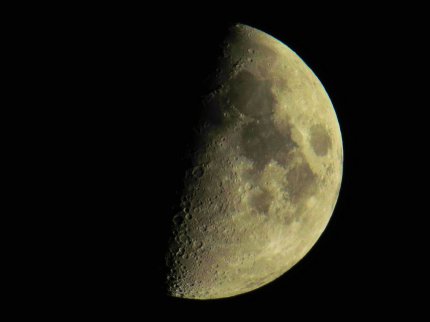 Gravitational effect on the Earth

The Earth/Moon system is different as the gravitational pull of the Moon affects Earth in so many ways that satellites of the other planets do. The Moon is the fifth largest natural satellite in the Solar System it is by far the largest relative to the size of its primary planet being 27% the diameter of the Earth and 0·012 of the mass. This is enough to create a wobble in the Earth’s orbit of the Sun.

If the Earth was not here the lifeless Moon would continue to orbit the Sun unaffected except its path would not wobble in the way that it does. Its orbit would be similar to those of Mercury and Venus. The same could be said about the Earth if the Moon wasn’t there except there would be no life on the planet.

If Ganymede, Callisto, Io and Europa all left their orbits around Jupiter the gas giant wouldn’t even blink.

The Moon’s gravitational influence on the Earth causes the ebb and flow of the tides. It affects the weather and climate, helping to keep it stable. Without the Moon the effects would be completely catastrophic and life on Earth would not exist.

Sometime ago I did my own calculations on the Earth/Moon system to determine the barycentre, or centre of gravity, of the two bodies. The maths is relatively simple ‘O’ level physics. I found it to be an average of approximately 4,615km from centre of Earth. That is about 1,770 miles below the surface of the Earth.

I created the diagram below which is not to scale to help understand the calculations. Click on the image to enlarge it.

Is that it for the argument or could there be more? The point is that the Earth/Moon system is unique, unlike any other that humankind is aware of. The inner planets, Mercury and Venus, don’t have satellites. The outer planets do have satellites but are so large that they are largely unaffected by them. The Earth and Moon wobble around together so irrespective of rules that are made classify everything maybe there is a case to think differently here.

Coincidences of the Moon

Relative to Earth, the Moon spins on its axis every 27·32 days which coincidentally, is the same period that it orbits the Earth. This is known as synchronous rotation and means that only one side is ever presented to the Earth. It also means there are 13 true lunar months each year.

The coincidence is important to science because during total eclipses it is possible to prove an important theory from Einstein.

Rays of llght have been thought of as being straight and constant but Einstein predicted that the path of a ray of light could be curved by the gravity of a massive object.

To verify Einstein’s prediction, astronomer Andrew Claude de la Cherois Crommelin in he travelled to Brazil in 1919 to observe stars close to the position in the sky of the Sun during a total eclipse.

When a total eclipse occurs, the sky becomes dark and stars near the position of the Sun can be photographed and their positions accurately measured. This data and the photographic plates were compared to data and plates taken at other times.

It was found that stars nearer to Earth had shifted position slightly, but distinctly, compared to distant background stars. This proved Einstein’s theory that light could be deflected by gravity.

In more recent times, comparable tests have been made of the deflections of radio waves from distant quasars, using radio-telescope interferometers. The results of these observations agreed to within 1% with the values predicted by Einstein in 1916.

These coincidences could be used as arguments for creationism, just don’t tell a creationist.

Partial eclipse of the Sun taken in 1999. The strength of the sunlight has washed-out the Moon but the crescent-shaped lens refractions in the bottom-left of the photograph are evidence that the Moon is in there somewhere.