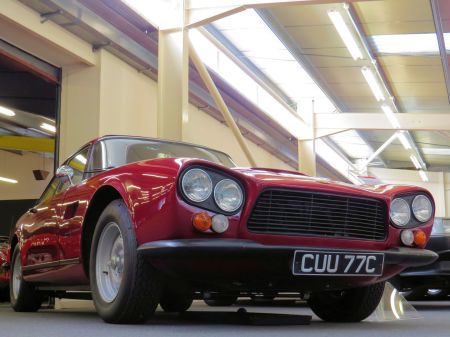 A Gordon Keeble GT at the Haynes International Motor Museum, Sparkford near Yeovilton

The Peerless GT was built in Slough between 1957 and 1960 by Peerless Cars Ltd. In 1956, James (Jimmy) Byrnes was a successful hotel owner and motor racing enthusiast and he wanted a racing car built to his specification. He approached Bernard (Bernie) Rodger who was racing engineer to build the car for him. It was envisaged by Byrnes that Triumph mechanical parts would be used since his restaurant was regularly patronised by the company’s board of directors.

Rodger designed and built a chassis and body around the Triumph components and when the prototype was completed Byrnes presented the car to a former army friend John Gordon. At that time Gordon owned a second-hand Rolls-Royce dealership and he believed there was a market for a 2+2 GT road car. With this in mind a second prototype was produced and exhibited at the 1957 Paris Motor Show. On return to England the car was presented to the Triumph board and the company agreed to supply the new company with the mechanical parts for the production models.

Peerless Motors was a Jaguar dealership on the Bath Road in Slough. The company was in receivership and after negotiations the site and name formed the base for new Peerless Company to produce the Peerless GT. 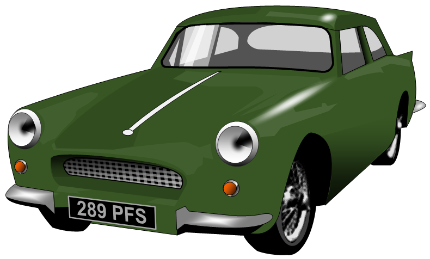 An impression of a Warwick GT in British motor-racing green with a false number plate.

The prototypes had been named Warwick after the county where Byrnes’ hotel was located but the production cars would be named Peerless. Tooling costs were thought too much for making the body out of steel and aluminium so British Resin Products were chosen to provide the bodywork from glass reinforced plastic (GRP).

In 1958, two cars were entered into the Le Mans 24 hour race, one was the reserve car. The Peerless finished 16th and won its class. With promising predictions of high sales, a newly vacated factory became available on the Farnham Road and Peerless Cars Ltd was then set up with the production facilities while Peerless Motors continued to handle the sales. 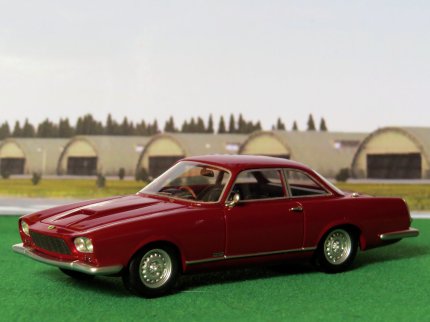 Initially production was slow at just 5 cars per week but interest in the car was high, the sales manager claiming that he never had to actually sell a car; on occasions customers would pay a deposit without even taking a test drive. A second set of moulds were produced which doubled the rate of production and eased the customer waiting time. Interest in this car was high even in the USA and it looked like annual demand for the car could be at least 1,500. It was a company with a very promising future and the Peerless was acclaimed as the sports car for the young family man.

Just as the prospects for the company were looking good, a row broke out over the proposed appointment of a new director led to the resignation of John Gordon and another director. The cars designer Bernie Rodger also later resigned and the company slowly ground down on a much depleted workforce. The company fell into decline and folded in 1961. New cars, which were now named Warwick again, were still available however as late as until 1964.

The list price for production cars was £1,450 including taxes. A car tested by the British magazine The Motor in 1961 was found to have a top speed of 105mph and achieve 0-60mph in 12·6 seconds. The fuel consumption was 32 mpg. Production ceased in 1960 after around 325 cars had been made.

After the break-up of Peerless Cars, John Gordon bought what was left and teamed up with Jim Keeble in 1959 to create Gordon-Keeble cars. They produced the two door Gordon GT which was based on the Peerless chassis. The pre-production model’s chassis and engine, a 4·6 litre Chevrolet V8, along with wheels, suspension, brakes etc was assembled then shipped to Turin to have the steel-panelled body fitted. The body was designed by Giogetto Giugiaro and built by Bertone. 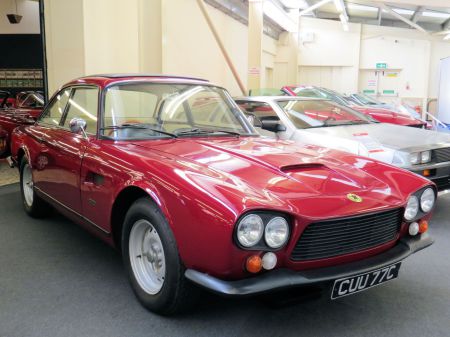 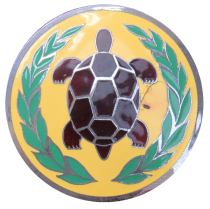 During the first photo shoot a pet tortoise walked into the shot and the constructors thought it would be ironic to feature a tortoise on the car’s badge.

The interior of this car is straight from an old jet airliner. White on black instruments, toggle switches, quilted plastic panelling and leather seats with a hula hoop for a steering wheel and a dimple-less golf ball for the gear lever. Terrific! 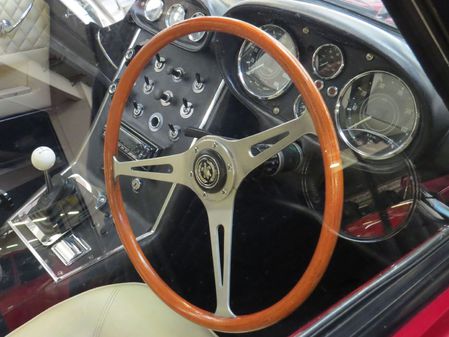 Production began in 1964 with glass-fibre bodies supplied by Williams and Pritchard Limited. In 1965 the company was sold and renamed Keeble Cars Ltd. The cars were produced in Slough before moving to Eastleigh and later Southampton. The list price was £2,798. The car featured here, registered CUU 77Cin 1965, was sold in 1995 at auction by Christie’s for £17,625. 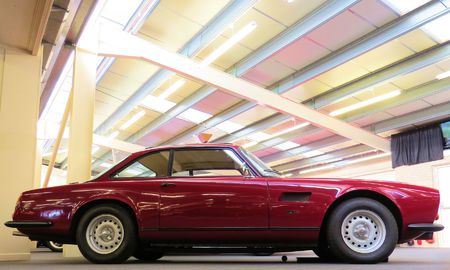 The company relied heavily on external suppliers for parts and difficulties with those suppliers ability to supply the parts obviously slowed the company’s own production. A lack of faith began to grow with investors and the company was kept going for a while supported by one of the director’s own funds. The company ran out of money and went into liquidation in 1967.

The total number produced including the pre-production car and cars built from spares was 100 and, according to the Gordon-Keeble Owners’ Club, over 90 are still in existence.