The Ash is found in Europe, Asia Minor and North Africa. It can grow up to 40m in height and have a girth of 6m. The tree is often coppiced to provide a renewable source of timber. Wood from the Ash tree is very hard and durable and is used to make hockey sticks, oars, walking sticks, bows, tool handles, tennis rackets, and snooker cues. The wood if used as firewood burns very well. 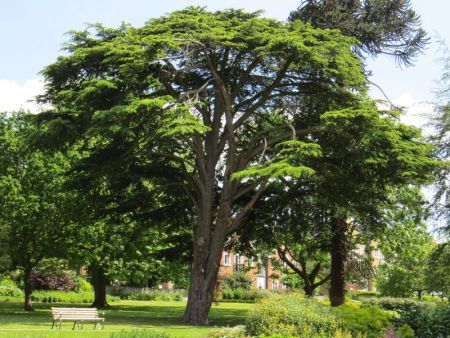 Also known as the Himalayan Cedar, this tree was introduced to Britain in 1831. Deodars can grow up to 75m tall and the wood from this cedar is strong and durable. It is used for the construction of temples, palaces, bridges and railway sleepers.

The horse chestnut was introduced into England in 1616. It can grow to 30m. The tree produces pink and white flowers in spring and early summer, and in the autumn it yields conkers. Herschel Park’s Horse Chestnut dates to about 1700; almost 150 years before the park was laid out. 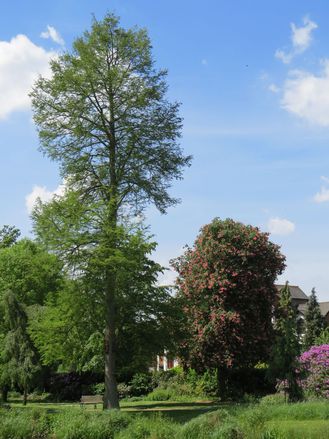 This tree is a member of the redwood family and after surviving prehistoric times it died out in the British Isles during the last Ice Age. It was re-introduced to England in 1640. 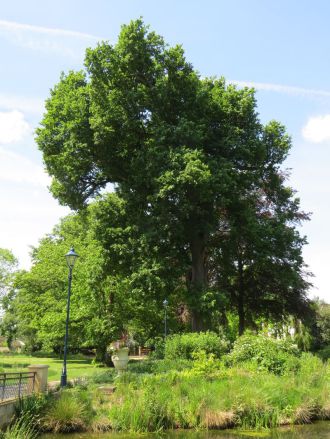 Dating back to prehistoric times, the English Oak can be found over most of Europe, Asia and parts of North Africa. It is slow growing and can reach a height of 43 metres. English Oaks in Herschel Park date from the 1780s but some in Britain are over 1,000 years old. The timber from oaks has been used for the construction of buildings and ships. Oak trees are home to a great variety of wildlife. 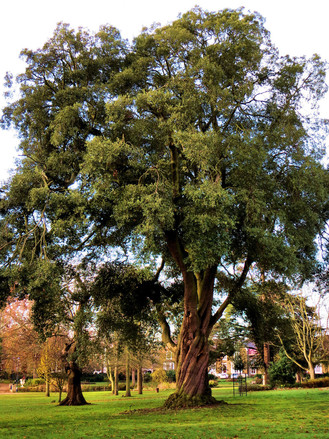 The Holm Oak or ‘holly oak’ is an evergreen tree that was introduced to Britain from the Mediterranean around 400 years ago. The wood from this oak is very hard and durable and was used in construction, especially for pillars, waggons, tools and wine casks. 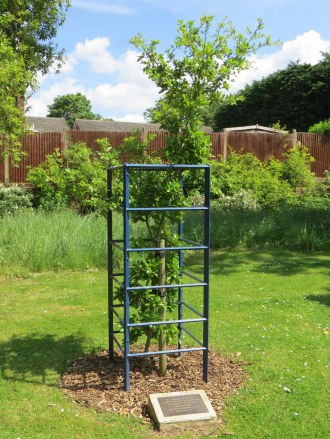 This hybrid oak was first grown in 1762 by William Lucombe, an 18th century nurseryman in St Thomas, Exeter. It is a cross between a Turkey Oak and a Cork Oak and keeps its leaves throughout the winter. The tree in the photograph was planted on 22nd May 2011 by the Friends of Herschel Park to mark the park’s reopening after restoration.

Before the last Ice Age, the Turkey Oak was found in Britain and Northern Europe. In the 1730s it was re-introduced into southern England. It can grow to a height of 140 feet. The Herschel Park Turkey Oak was planted around 1780 and, at 38m tall, is the tallest tree in the park. 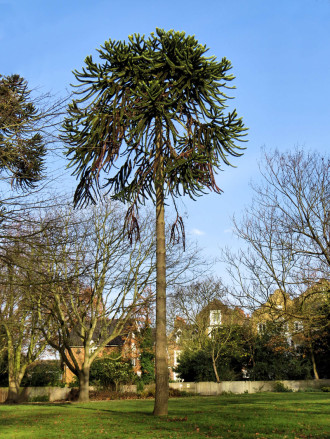 The Monkey Puzzle tree is an evergreen native to southern Chile and western Argentina. The tree was introduced to England around 1830 and the Herschel Park example was planted around 1857. The tree has scaly, spikey leaves and can grow up to 40m high. The trunk’s diameter can reach up to 2m wide. 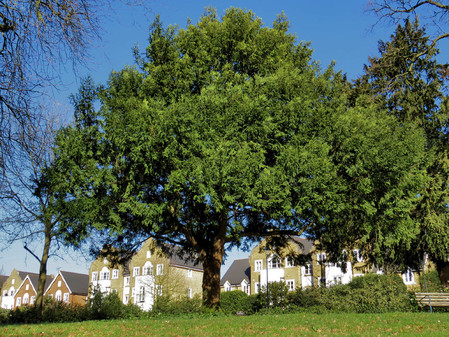 The English yew has been native to Britain since prehistoric times. The yew produces a red berry-like fruit which attracts birds such as thrushes and waxwings among others, though the fruit and the leaves are highly poisonous to humans. The Herschel Park yews were planted around 1857. 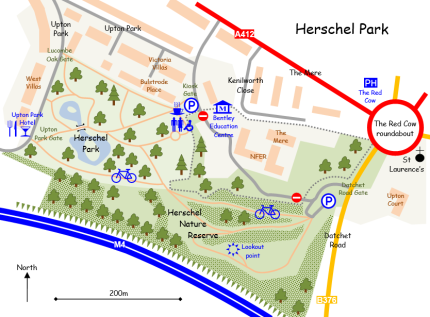