The south-east of England offers particularly good habitats and climate for exotic species. Slough and the surrounding area is no exception. Indeed, where I live, north of the M4 motorway and just a couple of hundred yards from the Jubilee River, is a line of trees that provide a roost for maybe 200-300 ring-necked parakeets. 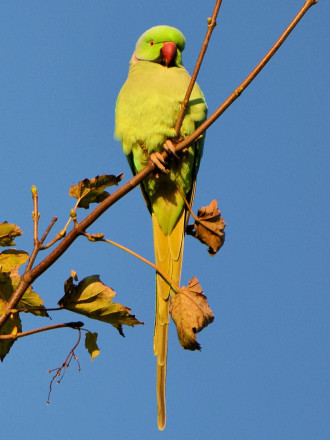 The original range of these parrots is in the Indian subcontinent where they are known as rose-ringed parakeets. Sub-species range through to Borneo and another sub-species is present through Africa between the Tropic of Cancer and the Equator.

Popular as captive pets since Victorian times, some parakeets escaped or deliberately released over the years. In spite of originating from tropical regions, parakeets are able to survive cold winters especially in south-eastern England because of the abundance of food. They are now recognized as naturalised British breeding birds.

It appears that parakeets started to breed in Britain in 1969 and are now thought to number at least 5,000 individuals. The population is estimated to be increasing at a rate of up to 30% each year.

Parakeets nest in old woodpecker holes and large nest boxes early in the year, maybe as early as January. The female will lay 2-4 eggs which are incubated for three weeks. They fledge 40-50 days after hatching and are mature for breeding at three years old.

Parakeets feed on a variety of fruit, berries, nuts, seeds and grain. In Britain they will also take scraps including meat left out in gardens etc. The ring-necked parakeet is a protected species under the Wildlife and Countryside Act. The best places to see this species in the area are Datchet, Herschel Park and along the Jubilee River. 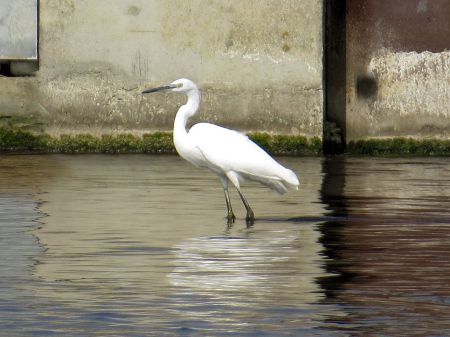 These birds were apparently quite numerous in the 15th century as historical records show them to be a popular addition to banquets. By the mid-16th century, however, they disappeared from the menu and presumably from Britain. In these times they are steadily spreading northwards through Western Europe and significant numbers first appeared in the UK in 1989 and first bred in Dorset in 1996.

They are much smaller than Grey Heron but share the similar hunting technique of patiently waiting in the shallows for fish. The UK population is thought to number some 700 breeding pairs rising to about 4,500 individuals from the continent in the winter. Little Egrets, like Herons, eat fish, insects, amphibians, crustaceans, and reptiles.

Little Egrets nest in colonies and one brood of 3-5 is conceived each spring incubated by both parents. The young fledge after 40-45 days. The life expectancy for an individual is about 10 years. You are most likely to see these birds along the Jubilee River. 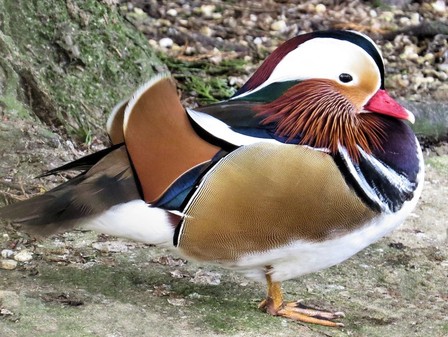 Earliest recorded breeding in the wild in Britain occurred at the beginning of the twentieth century although as part of a collection, Mandarins have been here since at least the eighteenth century. Native to Manchuria and Japan, it is thought that the British birds of about 7,000 pairs accounts for a third of the world’s population, 7 times the numbers in China and the largest number in a single region.

Mandarins live in wooded areas close to water. The females lay a clutch of 9-12 eggs in spring. Soon after the fledglings have hatched, the duck flies to the ground to coax them from the tree and lead them to nearby water. Mandarins feed by dabbling or walking on land. They mainly eat plants and seeds but will also eat snails, insects and small fish. 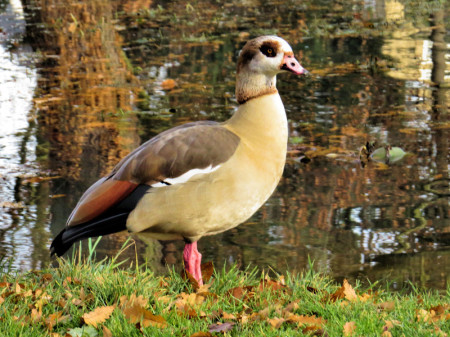 Related to shelduck, Egyptian geese were introduced in the late 17th century as ornamental wildfowl for private collections from their native Africa. Many escaped over time and are now breeding successfully as a resident species in south-eastern Britain. The breeding population in the UK is thought to number over 1,000 pairs and numbers swell to about 3,400 birds in the winter. Their call is a raucous cackling and they feed on seeds and grass. The best places to see Egyptian geese around Slough are Herschel Park and the Jubilee River. 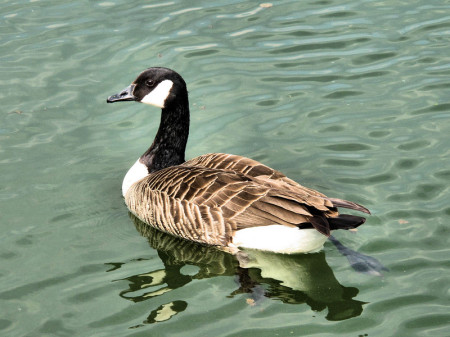 Canada geese are such a familiar sight that it’s hard to believe that they were introduced from North America in the late 17th century. In their original habitat they are migratory but British birds have largely lost this need. Canada geese eat grass, leaves and seeds.

One brood of 5 or 6 is conceived each spring. The female incubates the eggs while the male remains nearby. The incubation lasts just under a month and the adults also lose their flight feathers around this time for up to 40 days. Goslings are immediately capable of walking, swimming and finding their own food.