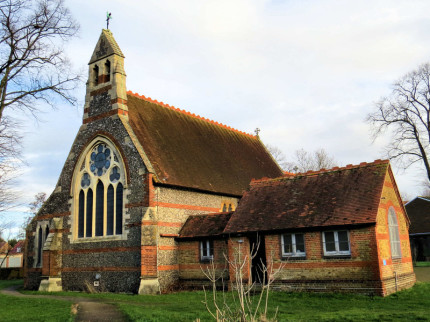 St Peter’s from the south–west

Before St Peter’s Church was built, parish services had to be held in the local infant school so in 1855 the congregation drew up the founding document for the new church. 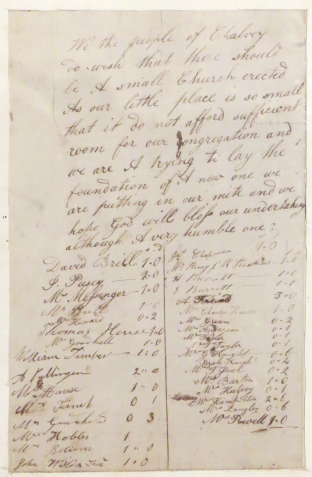 The statement at the top of the founding document reads:

We the people of Chalvey do wish that there should be a small church erected As our little place is so small that it do not afford sufficient room for our congregation and we are A trying to lay the foundation of it A new one we are putting in our mite and we hope god will help our undertaking although A very humble one.

The second part of the document is a list of the initial contributions made by members of the congregation in shillings. The document began the process for the new church to be designed and built. 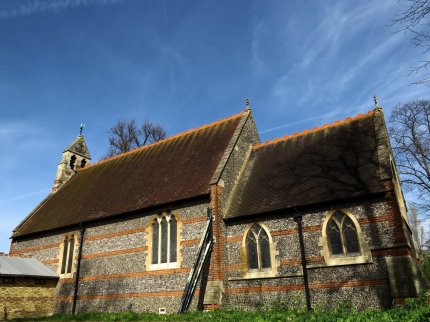 St Peter’s from the south–east

St Peter’s church was designed in a neo-gothic style by architect GE Street, whose most famous building was the Royal Courts of Justice in London. The foundation was laid in July 1860 and, on 7 September 1861, the new church of St Peter’s was consecrated. St Peter’s Church is now a Grade II* listed building. 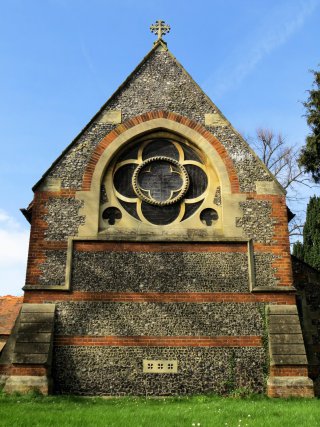 The exterior is of knapped flint with red brick courses and stone dressings around windows and other features. The pitched roofs are tiled with a change of pitch on the north side above the aisle. A meeting room was added to the south side of the west wing in the early twentieth century. 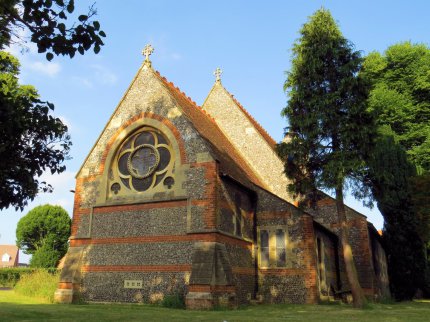 The majority of the stained glass windows were created between 1880 and 1911 by CE Kempe with some contribution by AK Nicholson and Lavers & Barraud.

Charles Kempe was born at Ovingdean Hall near Brighton, East Sussex on 29 June 1837. He attended Twyford School in Winchester and went on to Pembroke College, Oxford. He considered a religious career but he realised that his severe stammer would be an impediment to any preaching activities. 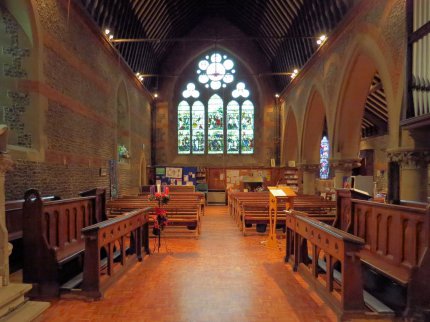 The west window was by CE Kempe and AK Nicholson

Instead he studied architecture learning the aesthetic principles of medieval church and became particularly interested in stained glass. He collaborated with George Frederick Bodley on a number of projects.

In 1866, Kempe opened his own stained glass studio in London. The firm would also supply other furnishings and vestments. It turned into a very successful business and by 1899 employed over 50 staff. Kempe’s studios created over 4,000 windows along with other designs for church interiors. 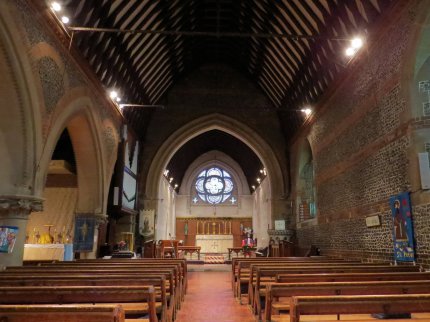 The east window was by Lavers & Barraud

Kempe never married. He lived in Sussex for most of his life. He died suddenly on 29 April 1907 from complications following a cold. He was buried in the churchyard of St Wulfran’s, Ovingdean. His firm became CE Kempe & Co with his cousin Walter Earnest Tower (1873-1955) appointed as chairman. The company ceased trading during the Great Depression in 1934. 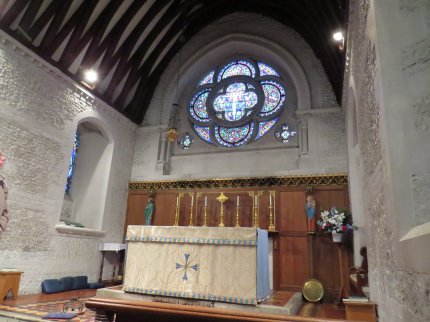 St Peter’s Church has a war memorial dedicated to the service personnel of Chalvey who fell in the First World War. Constructed in 1921, it is a Grade II listed structure. 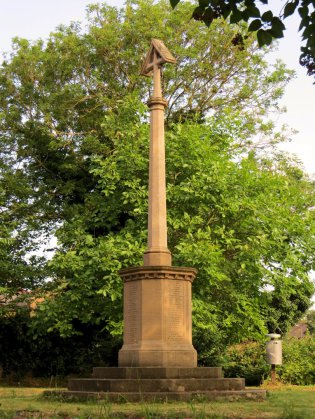 The war memorial was erected to commemorate the servicemen men from Chalvey who fell in the First World War. It was funded by public subscription and cost £225. It was designed by the architect HC King who was based at Dean's Yard, Westminster. The memorial is Clipsham stone and the stone mason was E Sargeant of Slough who also worked on the Slough Town War Memorial. The lead crucifix was cast by the St Dunstan Society.

The memorial was unveiled by Major General Carteret Carey, Acting Governor of Windsor Castle, and blessed by the Bishop of Buckingham, Dr P Eliot, at a dedication ceremony on 28 June 1921.

The plinth bears the names of 84 servicemen. The last name is Youens who was posthumously awarded the Victoria Cross for Gallantry. His story is told on the Slough at War page of this website. Click on the button below:

St Peter’s is one of three churches within the Upton-cum-Chalvey parish. The other two are: St Mary’s in Slough Town Centre, noted for its fine stained glass window in the west wing; and St Laurence’s in Upton, the resting place of astronomer Sir William Herschel.

I would like to thank the Rev Alistair Stewart and my good friend David Horton for their patience and assistance on this article.