Poppies grow in open grassland and as weeds in farm fields. Before herbicides were used it was often mistaken for a crop but the only species to be grown deliberately is the opium poppy, papaver somniferum. 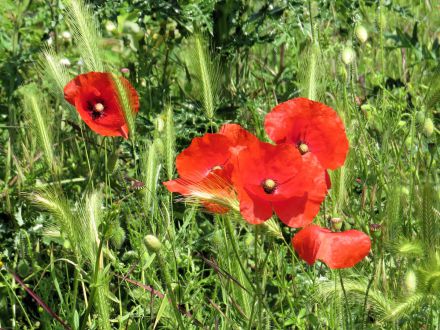 Papaver rhoeas can grow up to about 70cm tall with flowers of 5-10cm diameter appearing in late spring. The four petals overlap and are deep orange to red in colour. They have a black spot with yellow stamens in the middle.

Since World War One the flower has become a symbol for servicemen who died in that conflict as well as in other conflicts since. Poppies grew in the disturbed soil of no man’s land on the Western front and feature in the poem In Flanders Fields written by Canadian Lieutenant Colonel John McCrae.

In Flanders fields the poppies blow

Between the crosses, row on row,

That mark our place; and in the sky

Scarce heard amid the guns below.

We are the Dead. Short days ago

Loved and were loved, and now we lie

Take up our quarrel with the foe:

To you from failing hands we throw

The torch; be yours to hold it high.

If ye break faith with us who die

We shall not sleep, though poppies grow 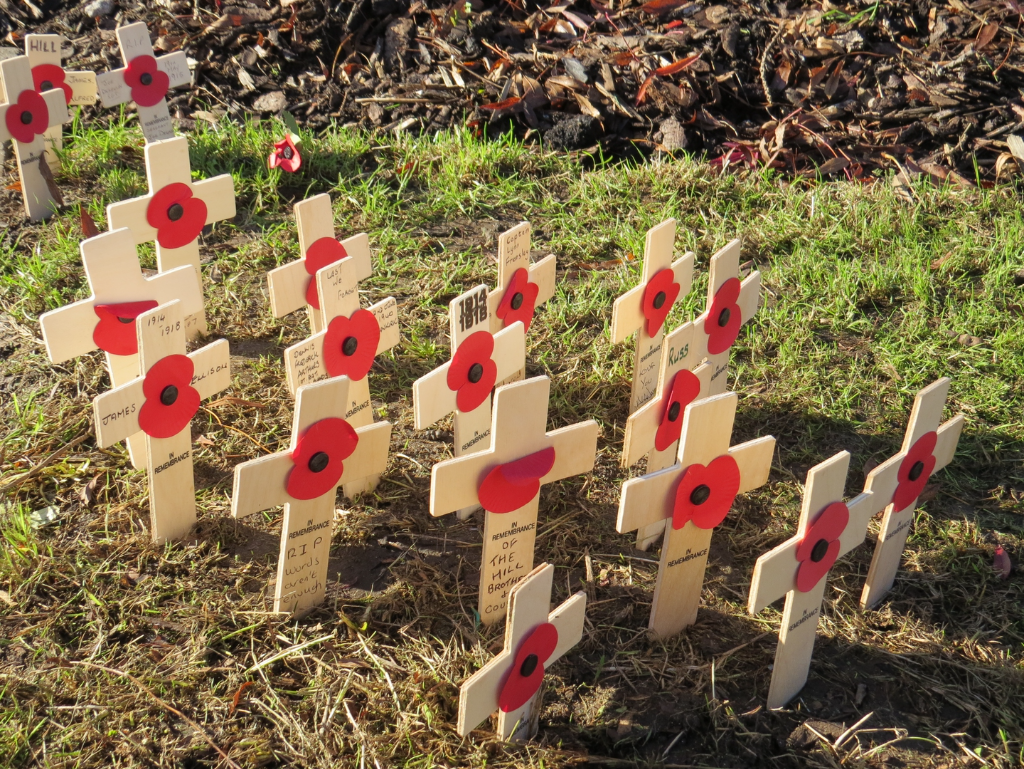 Poppy crosses at the Cippenham War Memorial, 2014. Each one is marked with a name of someone lost during conflict fighting for the defence of our country

In 1921, the Earl Haig Fund was set up as a charity to assist wounded servicemen. Many people saw this as an insult to the huge number of the wounded and dead who fell as a direct result of Haig’s strategy. Incidentally, General Haig’s headquarters in France was at the Château de Beaurepaire near Slough’s twin town of Montreuil.

These days the fund is known as the Poppy Appeal and is operated by The Royal British Legion. It raises money for the Legion to provide a whole range of services including practical, welfare and emotional for veteran service men and women. It is not a politcal organisation; it is concerned with the individuals who have suffered as a result of their being prepared to defend their country and its citiizens. 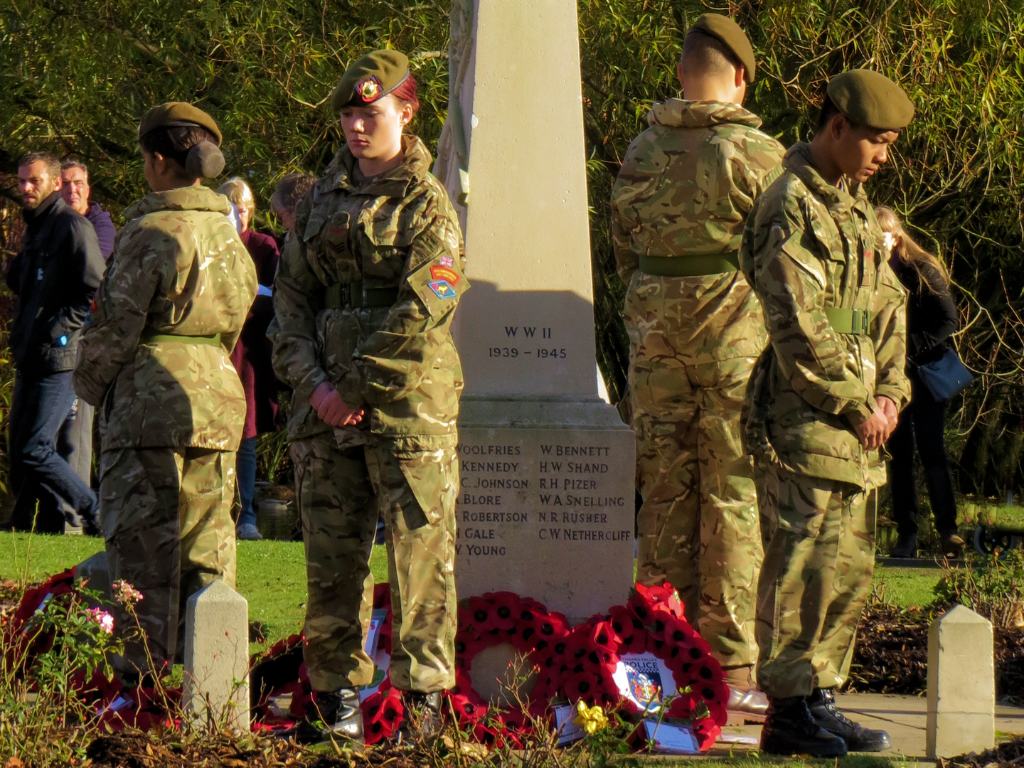 In 2016, members of the Ahmadiyya Muslim community in Slough and Taplow raised something over £3,000 for the poppy appeal. They have raised money for the appeal in the past but the remarkable thing for this particular year is that the 30 volunteers raised this amount in just two days.

Some 400,000 Muslims fought in World War One. In World War Two the British Indian Army numbered up to about 2,500,000 men of various faiths. They fought in most theatres of the war including the Far East, the Middle East and North Africa and Europe, especially in the invasion of Italy. About 4,000 of them war decorated by the British for their bravery. 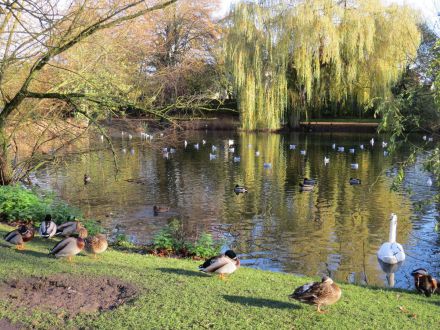 A peaceful retreat in the Baylis memorial gardens 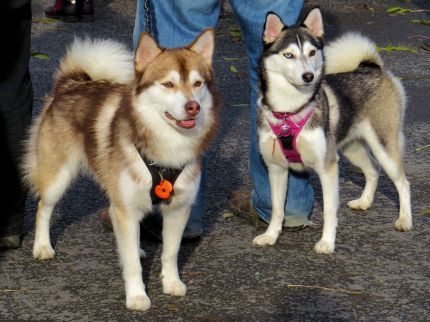 A couple of very special creatures paying their respects at the Cippenham War memorial in 2017.

These are Pomskys which are a cross between Pomerainians and huskys. These two were tremendously well-natured and I felt quite honoured that they allowed me to stroke them both. The male (brown fur) was 22 months old while the female (one blue, one brown eye) was 12 months old.

To learn more about the Poppy Appeal, buy products of remembrance or to make a donation that generate funds for the good work of The British Legion please visit: