Although Isambard Kingdom Brunel didn’t live in Slough, his work on the Great Western Railway (GWR) had a profound effect on the town as it did with many other towns so he is worth a mention here.

Transport before the railway

Slough first developed as a series of separate villages reliant mainly on local farming and cattle markets. It also became an important stop for horse-drawn coaches on the London to Bath to London route. Coaching inns with stables were established along the Bath Road in the villages that would eventually become Slough.

The advent of the GWR would go some way to establishing the town. The architect of this railway was Isambard Kingdom Brunel arguably the finest and most versatile engineer the world has known to date. 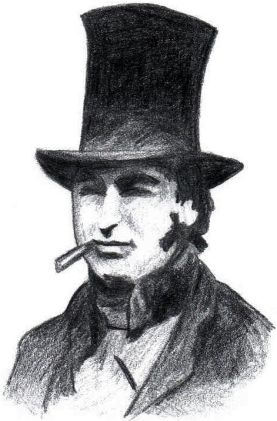 At the age of 26, Isambard Kingdom Brunel was appointed Engineer to the GWR.  He did all of the survey work and designed bridges, viaducts and stations. He designed London Paddington Station which opened in 1854 and other stations designed by him included Mortimer, Charlbury, Bridgend, Culham and Slough.

Brunel’s Slough Railway Station was built circa 1840 and was of wooden construction and unfortunately for the town it did not stand the tes of time. The present station is the fifth built on the site. The station buildings were designed John Danks and completed in 1884. The only remaining examples of Brunel’s work in Slough are the tracks. The most interesting features are outside the town at Eton, Windsor, Maidenhead and Taplow.

Opened in 1849, the Windsor and Eton Central branch line out of Slough is raised to cross the flood plain of the Thames on a viaduct. It was originally a wooden trestle viaduct designed by Brunel but it was replaced each side of the river between 1861 and 1865 by the brick one that stands today. It is one of the longest railway viaducts in the UK. The whole line is 2·5 miles long. 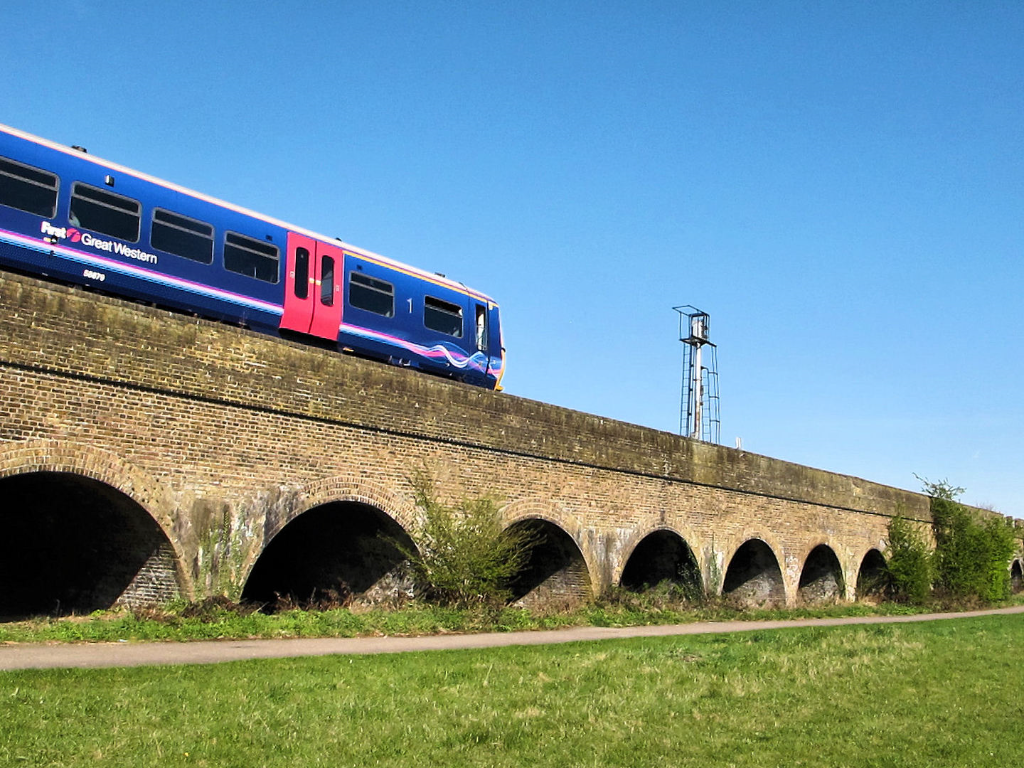 The railway crosses the River Thames via the Brunel-designed Windsor Railway Bridge at Baths Island. The bridge was also built in 1849. It is a wrought iron bowstring arch design and is Grade II listed structure. It is the world’s oldest wrought iron bridge still in regular service. Originally built to carry two lines, the track on the west side was removed in the 1960s and replaced with a water pipe. 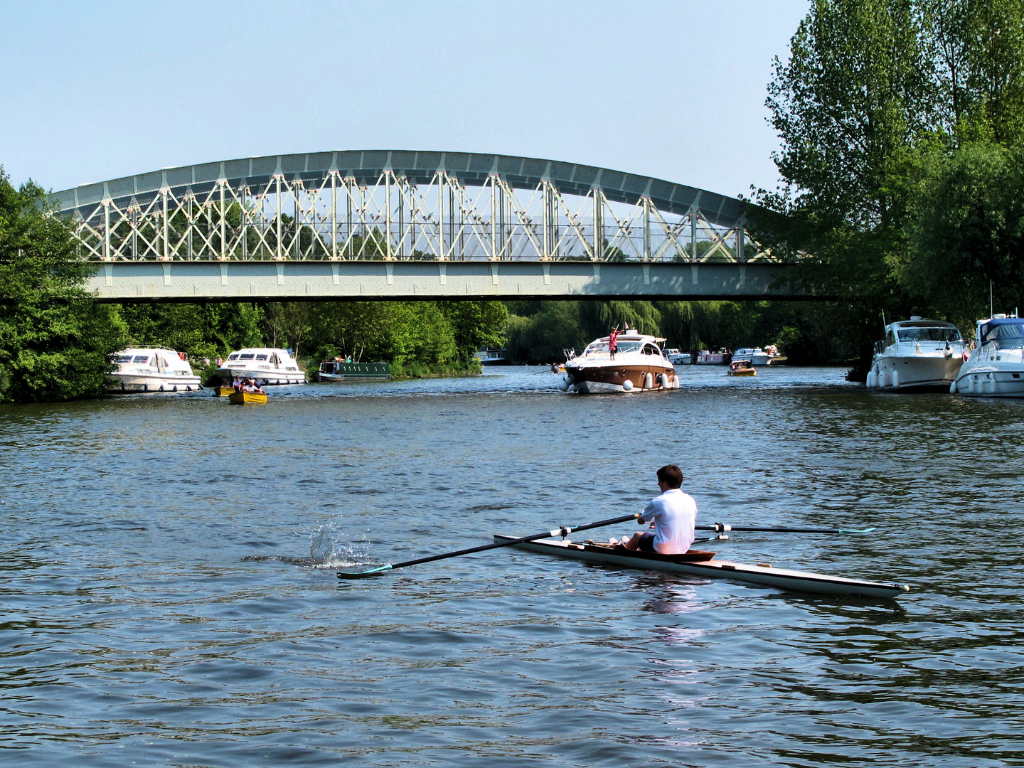 Brunel also designed Windsor and Eton Central railway station and goods yard. The yard had to be reached by a siding that had a steep incline. When the goods yard was demolished in the 1960s, it was replaced by a coach park and Alexandra Gardens. There is evidence of the incline on the side of the viaduct.

The mainline to the west of Slough

The first section to be completed, from London to Maidenhead on the Taplow side of the Thames, opened in 1838. Thereafter openings followed in eight phases with completion of the whole route in 1841.

The Dumb Bell Bridge at Taplow

Soon after Taplow Station, the railway crosses the A4 trunk road via an arched skew bridge designed by IK Brunel. It was erected circa.1838 and widened on the north (Up) side circa 1875-1884.

The bridge takes its name from a coaching inn called the Dumb Bell Hotel. The hotel has since been demolished but a pub which adopted the same name has since been built there.

The bridge was built with a 45 degree skew in order that the course of the London to Bath Road would not be disrupted too much. The materials used were London stock brick, with Bramley Fall stone coping and string course. 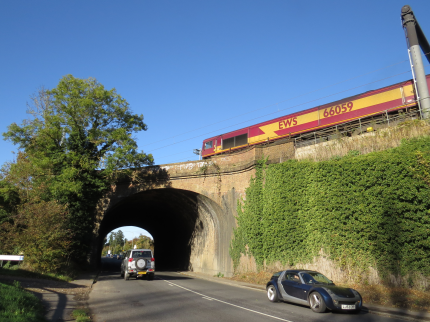 The locomotive is a General Electric Class 60 Co-Co

The original Maidenhead Station stood on the embankment immediately to the west of the bridge, and served as the GWR temporary western terminus between June 1838 and the extension of the line to Reading a year later. The station, known as Maidenhead Riverside, closed in 1871 when the present town-centre station was built. The quadrupling of the GWR on the bridge circa 1875-1884 meant it needed to be widened on the north side, its fascia being rebuilt sympathetically.

Brunel was drawn to this radical design because of the constraints that he needed to solve. Firstly he wanted the railway to be as level as possible. Secondly his mandate was that the arches had to be tall enough so as not to impede river vessel navigation.

To achieve these two main objectives Brunel reduced the forces acting through the structure by using a system of internal longitudinal walls and voids to lighten the superstructure above the arches. This reduced the mass of the bridge and its foundations, saving material, time and cost. 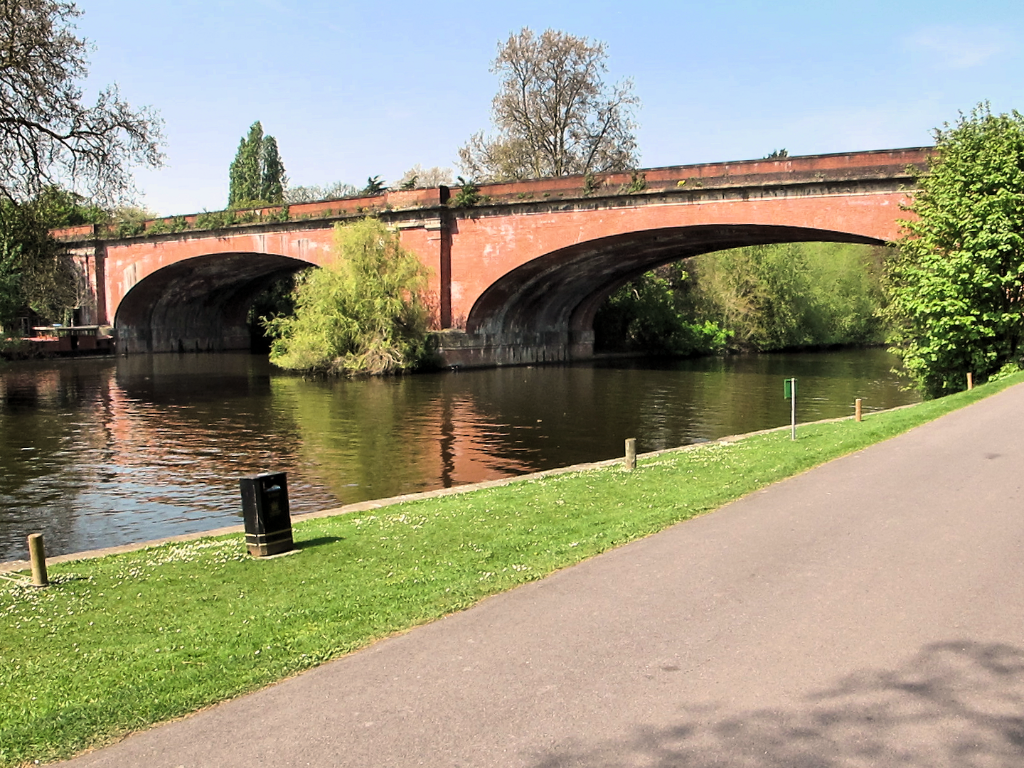 The bridge is built of red brick with Bramley Fall gritstone dressings. York stone slabs were used for the deck. The two phases are tied together internally with iron rods.

The arches remain true to this day, despite supporting dozens of trains every day each weighing several hundred tons and travel at speeds up to 100mph. In 1985 the bridge was granted Grade II* listed building status and in 2012 the status was raised to Grade I listing.

Some of Brunel’s other structures

Isambard worked with his Father Marc on the Thames Box Tunnel at Rotherhithe. At the age of just 20 he took full charge of the Tunnel project which was completed in 1843.It was the longest tunnel built at the time of construction.

At the British Army Hospital in Scutari, injured men contracted a variety of illnesses including cholera, dysentery, typhoid and malaria. Florence Nightingale, based at Scutari, sent a plea to The Times for the government to improve the situation.

In 1855 Brunel designed a pre-fabricated hospital. It was completed near the Scutari site in 5 months. Hygiene, sanitation, ventilation, drainage and temperature controls were priorities incorporated into the design. About 1,300 patients were treated in the new hospital and there were 50 deaths compared to the Scutari hospital where deaths were something like 10 times this rate.

Built for the Cornwall Railway to take the line across the Tamar at Saltash, this bridge used both wrought iron tubular arches and suspension chains to support the rail deck.

Possibly Brunel’s most well-known project. Brunel submitted four designs for a bridge to span the gorge over the River Avon to the project committee but they were all rejected. In a new competition one of Brunel’s designs won. 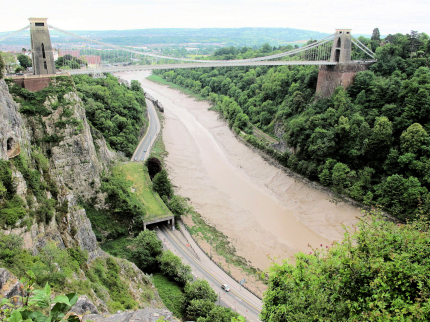 Work started in 1831 but the Bristol Bridge Riots held the project up. Next a lack of funds prolonged the delay for years. Work was resumed 1861 after Brunel's death. Funds were found and the bridge was completed as a tribute to the great engineer. The work was overseen by J Hawkshaw and WH Barlow and completed in 1864. At the time the Clifton Suspension Bridge had the longest span, 700ft, in the world and the roadway is some 200ft above the River Avon. Nowadays over 4 million vehicles use it every year.

Brunel’s first ship, the SS Great Western was, at launch in 1837, the longest ship in the world at 236ft (72m). Built mainly from wood, with propulsion provided by steam-powered paddle wheels and four masts for sails.

The Great Western embarked her maiden voyage from Avonmouth, Bristol, to New York on 8 April 1838 taking 15 days and five hours to cross the Atlantic. It made 64 transatlantic crossings and won the Blue Riband award for crossing the Atlantic. She ended her days as a troopship in the Crimean War. 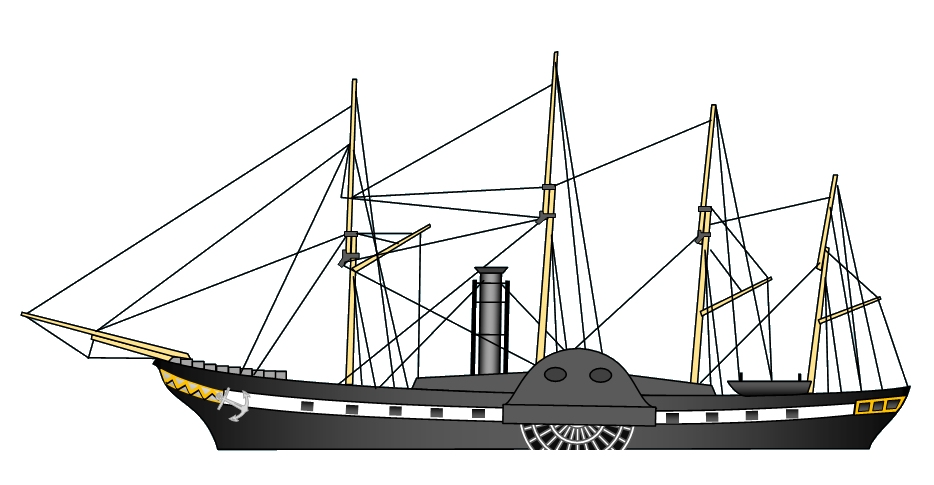 The 322ft (98m) SS Great Britain was Brunel’s second ship and was full of innovation. It was the first screw propeller driven ocean-going ship and had the most powerful steam engine (1,000hp) of the time. At her launch in 1843 her iron hull made her the biggest and strongest ship built to that time. She also had adjustable sails on hinged masts that worked in conjunction with the engine.

Conventional rudders of the time were hinged on the leading edge. Brunel’s innovative balanced rudder has a tiller arm in the middle of the rudder. This means that the water pressure on the rudder is balanced making it easier for the crew to steer. Modern ships have rudders which work on the same principle. 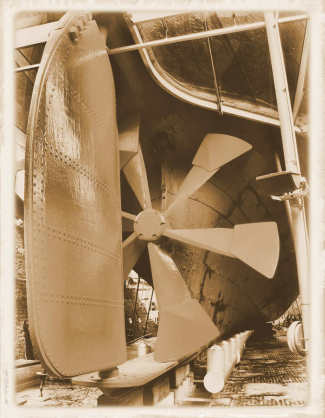 The innovative rudder and propeller of the SS Great Britain

The SS Great Britain made her maiden voyage on 21st August 1852 taking 630 people to new lives in Australia. In her career she sailed around the world 32 times, over 1 million miles at sea. After being badly damaged by storm on way back from San Francisco, the ship put in at Port Stanley on the Falkland Islands where she was used as a floating warehouse for many years. Then she was moved and scuttled in the shallows of Sparrow Cove. In 1970 she was re-floated and towed the 8,000 miles from the Falkland Islands back to Bristol, put in dry dock and restored. It is now part of a superb museum piece that is well worth going to see.

Built in London in 1858, the SS Great Eastern, made her maiden voyage from Southampton to New York on 17th June 1860. At 700ft (210m) long and capable of carrying over 4,000 passengers on the intended route non-stop to India and Australia. She was not successful for this purpose so she was converted to play a significant role in laying the first effective telegraph cable across the Atlantic.