Postcards from Slough and the media

The images did not appear in the original articles

I read with interest the article about the Hawker Hurricane factory site (Memories wanted of Hurricane site, February 15) and I believe that it’s time that Slough had a proper museum.

Slough has much to be proud of in its history. It is true that the Hurricane shot down more enemy aircraft during the Battle of Britain than all other forms of defence put together.

They were mostly bombers so the aircraft was responsible for preventing many bombs, friendly or otherwise, from falling not only on the town, but also across the whole country.

This must be a better answer to Betjeman’s ‘friendly bombs’ than writing defensive poetry. The development of radar just over a mile away at Ditton Park, which was part of Slough at the time, also shows the town’s contribution to the war effort.

Part of the Langley airfield became the Ford factory where the first Transit vans were produced.

The success of the Transit was such that it rapidly outgrew the factory. It was also the site for the production of the Ford GT40 which won the Le Mans 24-hour race in the 1960s.

Astronomer Sir William Herschel was a Slough resident and had a telescope near Windsor Road.

He was an important astronomer who not only discovered the planet Uranus but also catalogued much of the night sky.

Gerry Anderson produced the TV series Thunderbirds, Captain Scarlet and Stingray on Slough Trading Estate, which has its own history of course.

Other points of interest in the boundaries of Slough are the Ostrich Inn, third oldest pub in England; Slough Railway Station, specially designed by Brunel as the first royal station; and the Charles Dickens connection.

There is a lot more to Slough than even these things and I think the town should start to recognise the significance of the town before the developers, welcome as they are for the prosperity they bring, completely bury the history and soul of Slough. 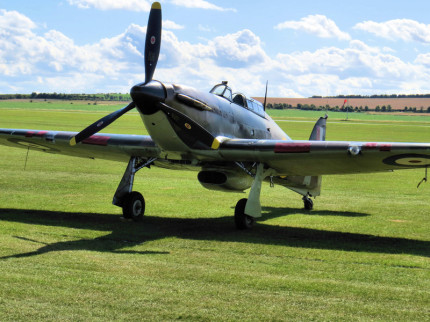 Hawker Hurricane G-HURI, marked Z5140/H-AC, to represent one of the defenders of Malta. This photo did not appear in original letter.

I read the letters concerning the floods at Datchet and Old Windsor posted in last week's edition of the Slough Express. I live in a low-risk area of the flood plain but I feel a great deal of sympathy for the victims of the disaster.

Quite understandably the letters blamed the Jubilee River flood relief scheme but the true cause was the unusually inclement weather. The amount of water that flowed into the Thames and Jubilee at Taplow would have been equal the amount flowing out of the system at the other end above Datchet with the addition of local rain and a few ditches feeding the system on the way.

In other words, under the recent conditions, the amount of water involved in the floods in the area of Datchet and Old Windsor would have been the same with or without the Jubilee. What is needed are more schemes along the many parts of the Thames that are prone to flooding. 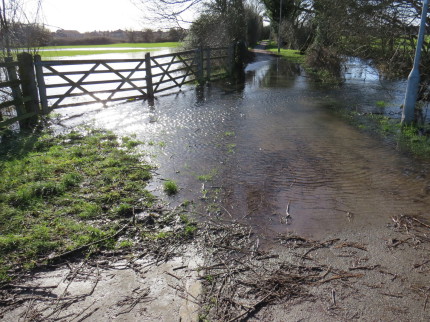 The path that connects Cippenham to Eton Wick and the field adjacent to it were very flooded.