In the first few days at my girlfriend’s apartment I kept seeing birds flying around the area but I was frustrated as I had forgotten to pack my Indian bird book from England. 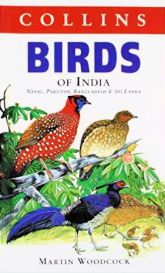 It took several days before I was able to buy any books.  I bought two from the Mandovi Hotel. The Collins Birds of India by Martin Woodcock and The Book of Indian Birds by Sálim Ali.

The first book is a small paperback covering main species while the other is a large hardback covering every species in India. The two books complement each other perfectly; the first as a quick reference while the other giving a greater detail on a huge range of species. 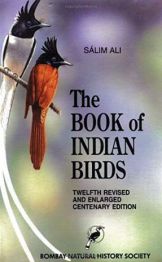 Martin Woodcock has been painting wildlife for over forty years, specialising in birds. He has illustrated over twenty field guides and monographs and his work is in many private collections.

Dr Sálim Ali, born 12 November 1896, was a highly respected Indian ornithologist and naturalist. In his life he conducted many surveys of wildlife in India. He wrote several bird books that popularised ornithology in India. Several species of birds, a couple of bird sanctuaries and institutions have been named after him. He died on 20 June 1987.

The books made all the difference and I was quickly able to identify several species of birds that flew near the apartment. On one occasion I went for a short walk across the paddy fields to the east. I saw baya weaver, paddybird which is a kind of heron, and a cormorant.

My camera is a very good compact zoom camera suitable for tourism but not so suitable for wildlife photography. I thought I would try drawing some of the wildlife that I was seeing. So Sweetness took me to Panaji so I could buy some art materials. I bought a drawing pad, a pack of 12 colour pencils, a pencil sharpener, a 12” ruler and a pen for 100 rupees or about £1·40.

Incredible value but the poor quality showed. The pencils were very soft and it was impossible to maintain a point and it shows I my impression of the white-breasted kingfisher.

In England I have a customised kit of Derwent pencils costing £1·20 each. Compare the kingfisher to the other drawings on this page which I drew using this kit in England. 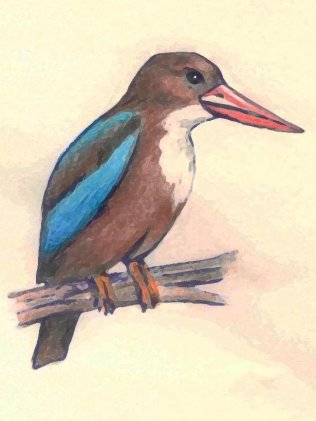 White-breasted kingfishers and European kingfishers were frequently flying low across the wet paddy fields around the apartment block.

In the evening of Wednesday 15 September, Sweetness and I sat on the north balcony for some time. She was sorting some papers out and I finished my work and watched the wildlife. I watched what I thought were some kind of bird of prey. They were much bigger than crows, had a slow wing beat and flew straight and true. But there was something else about them. I looked more intently. They were bats! Huge bats and there were lots of them.

I pointed them out to Sweetness and she said she’d never seen them before.

‘You mean to say that you’ve lived here all your life and you never noticed these huge bats before!?! I said incredulously. 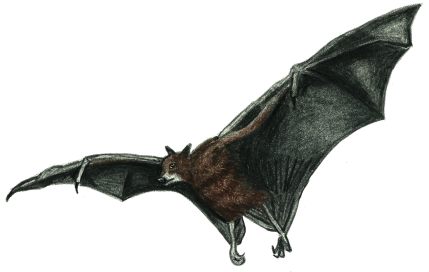 The second half of the scientific name is completely apt. They are huge! As big as hawks. On the evening of Sunday 10 October, we went to Miramar Beach and walked to the sea then we sat on a bench and saw the huge bats hanging in the tree next to us, just three or four feet above us. I created this drawing in England after the expedition.

A year or so ago Sweetness came to England and brought a picture of two pairs of birds that she called pitch-pitchi. ‘I used to watch them with my grandfather when I was kid’ she said in wistful remembrance.

As I’m interested in wildlife and birdlife in particular I tried to research these birds for this last year. I went through various books and search engines on the internet. I tried every variation of spelling that I could think of and quizzed Sweetness on the spelling whenever we spoke. Even earlier this expedition I asked her if pitch-pitchi was a real name or just one that her grandfather made up. ‘Yes, I think he did make it up’ was her reply.

Now what can I do? 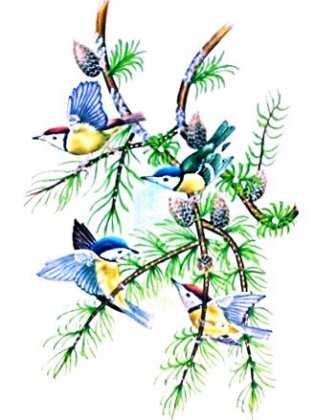 I remember this now because after breakfast I actually saw a pitch-pitchi! There were a few small birds outside the west balcony and I trained my binoculars on one. It was generally green with a greyish head, rusty cap and light underparts; its long tail was erect like a wren. Not really much like the picture gift from Sweetness. I checked in both of my bird books and found it to be a tailorbird. In the Om Field Guide Birds of India, the call of the common tailorbird is described as pitchik-pitchik-pitchik... and with great relief the mystery was solved

This is a summary of the wildlife that I observed during my expedition to Goa, the vast majority of which I had obviously never seen before. My new books were essential in identifying the birdlife, I used the internet for the other species. 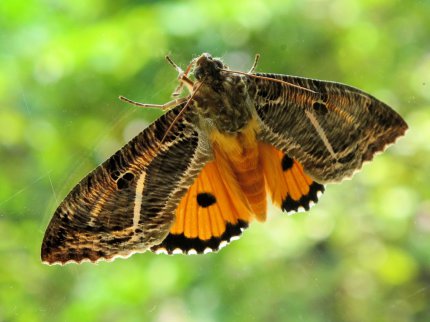 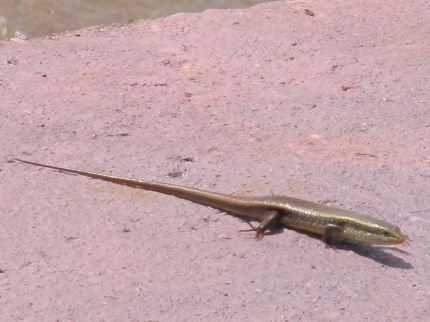 The species is a bit of a guess. 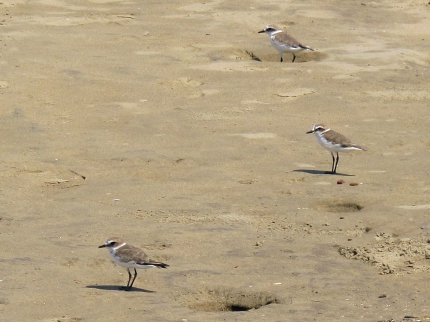 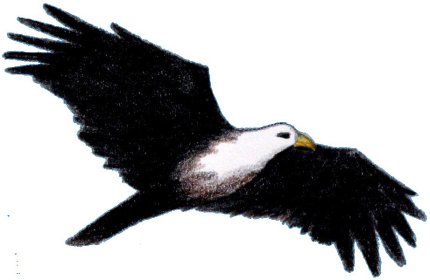 Drawing created by me in England. 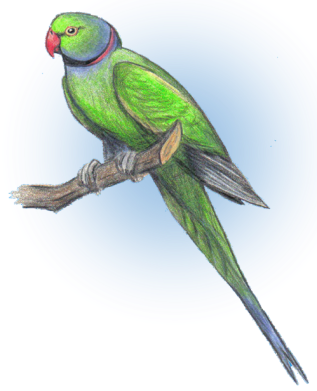 I drew this ring-necked parakeet in England. It turns out that these are the same species, psittacula krameri. This is an example of where the scientific classification can be useful. 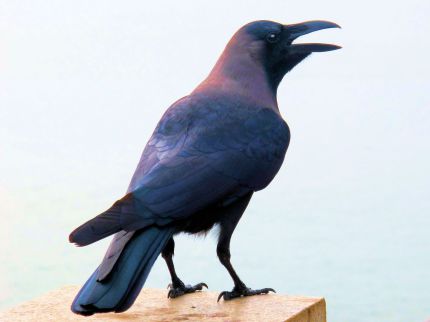 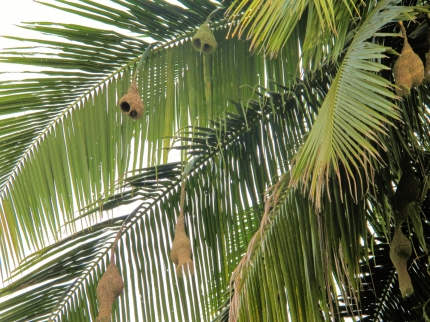 Weaver nests near the apartment 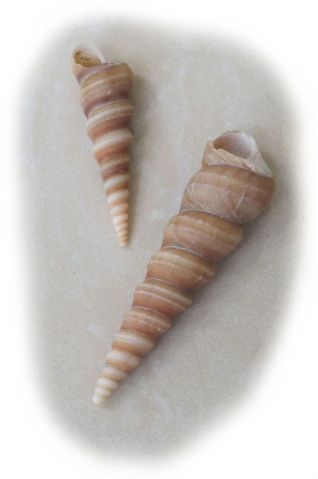