I asked her where she was from.

‘Goa’ was her response.

‘There’s nothing wrong with being English.’

Not much of an opening conversation but after a few dates we became boyfriend and girlfriend. 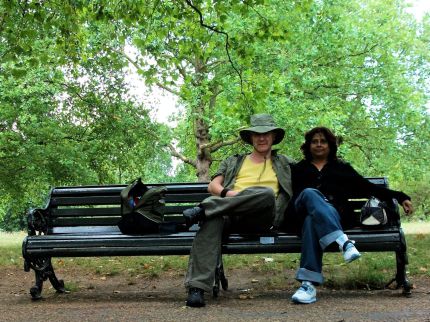 Sweetness was loads of fun to be with, she had a ready smile and she seemed to like me. She laughed at my gags – always a good sign. Among other things I found her accent was completely charming and because English was her third language, her first two were Konkani and Portuguese, some of her translations were literal.

‘Take a round’ meant go for a drive or walk

Sweetness talked wistfully about Goa and kept inviting me to visit and stay at her apartment. She even talked about what my life would like there. She made it sound like paradise with no downsides. Cue the alarm bells.

I told her that I like where I live and that I didn’t have the money for a trip to Goa. As our relationship progressed the subject came into the conversation more and more often. She seemed quite insistent but she didn’t understand my situation.

In 2010 I came into some money, enough to consider a trip to Goa and Sweetness was still inviting me to ‘come and go’.

If I went it would have to be more than a holiday, it would have to be an expedition. Thinking of it this way made it a more attractive proposition. I was conscious of the fact that Sweetness saw it as an opportunity to showcase her home and country possibly in the hope that I would want to live with her there.

Should I go or not? It all came down to motive and I needed a good one. It would stop Sweetness nagging. I decided to go.

Actually I had a much better reason for going and that was research. Living as a resident and not simply a tourist in a hotel or resort, it would be a unique opportunity to compare life in Goa to life in Slough.

I am going on an expedition and it has a clear mandate.

I formed a plan for a possible expedition.

I had to do plenty of homework and learn as much as I could about Goa.

There would be lots of other preparations to do concerning paperwork, visa and tickets etc.

Sweetness and I went to Tesco’s to get my passport photo for my visa. From there we went on to a visa agency in Hayes to deliver my application form filled in online yesterday.

Sweetness and I went to get my injection for typhoid and hepatitis B. I am nervous of needles but the nurse was very good.

‘I’ll take your blood pressure after I’ve stabbed you!’

Oddly I found her direct approach comforting. Much better than ‘Don’t worry, you won’t feel a thing’ or ‘it’ll be over before you know it’.

Sweetness and I went back to the visa agency in Hayes to collect my visa. Now it was just a case of booking the flights online, which was done by Sweetness’ son and daughter-in-law, and continue my research on Goa.

Sweetness had to go to the Portuguese office opposite Alexandra Palace, the old BBC Radio studios in London, to renew her passport.

The Portuguese landed in the region in the early 16th century as merchants. They conquered the area soon after along with other enclaves along the west coast.

In 1961, Goa was annexed by India which was under the rule of Nehru. Operation Vijay involved Indian forces that far outweighed the Portuguese defenders. The state of Goa was officially established in 1987. The largest city is Vasco da Gama, named after the Portuguese explorer, but the capital is Panaji, previously known as Panjim. 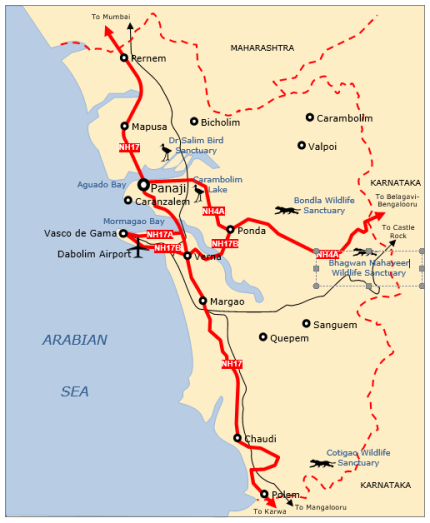 I would expect lots of sunshine, palm trees, long sandy beaches and exotic food but what about the important things in life? Do they have fish’n’chips, great television, good internet connection and a B&Q

And what about fierce creatures? Like much of India there was the potential to bump into some dangerous animals especially snakes, tigers, elephants, crocodiles, other reptiles and insects.

I have plenty of reference books on these kinds of creatures but the photos and text are two dimensional. I think it was time to try to see something Indian and dangerous.

On Friday 27, Sweetness, her eldest son and his family took me to visit Whipsnade Zoo. We spent all day going around the zoo and saw all sorts of creatures from all around the world. Some were big, some were not so big and some were small. All were scary then we came to the tiger enclosure. 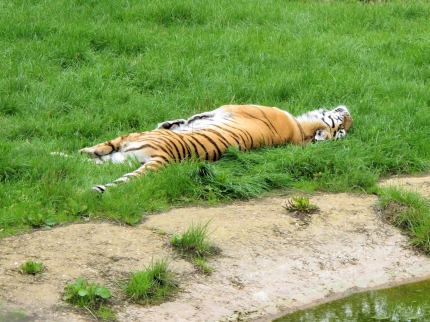 Looks harmless enough to me, I wonder if I’ll see one in Goa

This section is under construction and will follow shortly