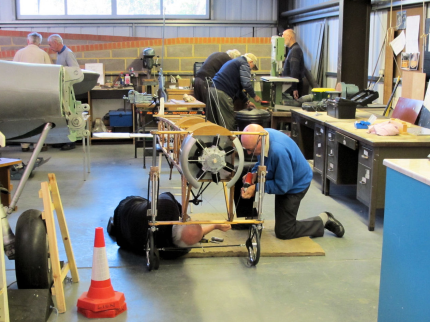 Volunteer technicians building a half-size replica of a Blériot monoplane in 2014 to mark the centenary of the first aircraft to land in the Woodley area in 1914. The wheels are from a Silver Cross pram. 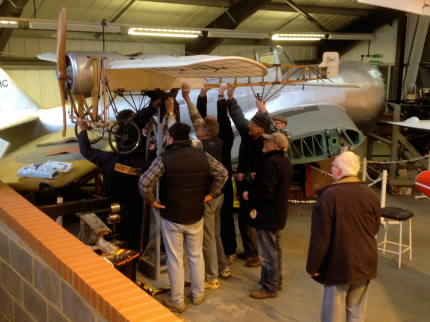 In early 2013, when the Blériot replica was finally completed, it was lifted into place on a specially manufactured display stand. 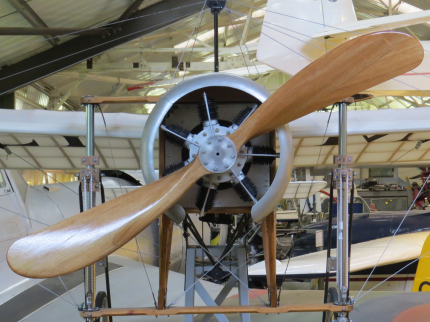 The Blériot propeller was fashioned by Chris from a mahogany-like piece of tropical hardwood.

Sometime in the summer of 2015, a model Spitfire kit was donated to the museum. It was of wooden construction and the volunteers assembled it in our workshop. It was decided to acquire and fit a motor to drive the propeller and to make the control surfaces active. This would include making the undercarriage retractable in an authentic way. The volunteers were faced with quite a challenge, not least was the fact that the kit seemed to be only 85% complete. 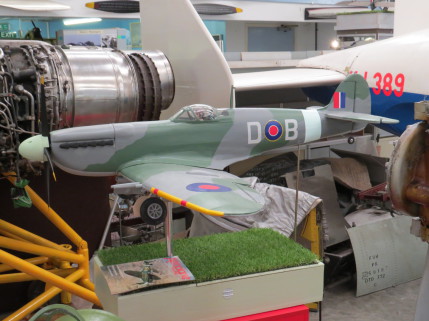 The model Spitfire in position in the museum

The volunteers were faced with quite a challenge, not least was the fact that kit seemed to be only 85% complete. It was decided that using a normal remote control for a flying model wasn’t appropriate so a scaled-down mock-up of a Spitfire cockpit. It really was quite an undertaking to translate the movements of a control in the model to operate the converted transmitting controller was really not simple. 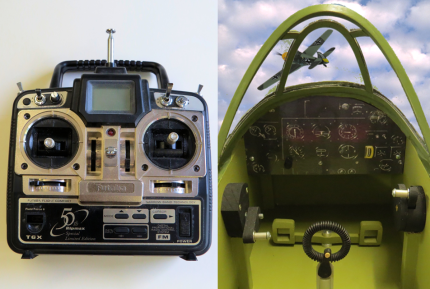 The controls made to look as authentic as possible but of a larger scale to the ‘cockpit’ to make them robust and easier to operate. The controls in the ‘cockpit’ operate the throttle, undercarriage, flaps, ailerons, rudder and elevators.

The display was set up and commissioned in the museum in early September 2017 and soon proved to be very popular. Anybody visiting the museum can operate the Spitfire and learn from the information boards how the controls affect the orientation of an aeroplane. Volunteers are always on hand to help with this display. 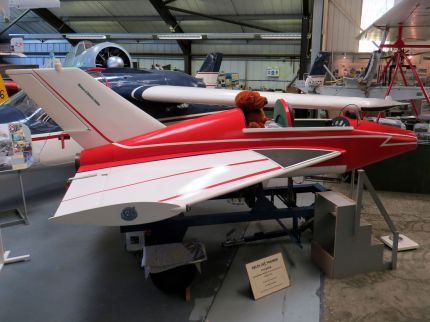 The Mini Delta simulator was designed and built by the museums’ volunteers for children to ‘pilot’. The Delta features authentic moving control surfaces. The rudder is controlled by the pedals, assuming the child has long enough legs. The control column operates the elevons and makes the aircraft pitch and roll.

‘Elevons’ is a contraction of the words elevators and ailerons and they have to do the jobs of both. On the Mini Delta they work with realism, in other words they work together when pitching, and opposite when rolling. 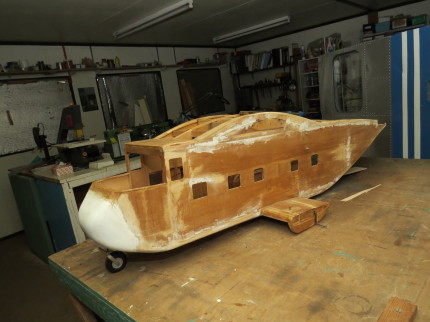 The Skyvan model was donated some years ago by John Soper, a volunteer who is sadly no longer with us. John was a keen aero modeller and this piece had to be reassembled as far as the construction had already gone. The Skyvan is made mostly of balsa wood and would have been completed as a radio controlled flying model. 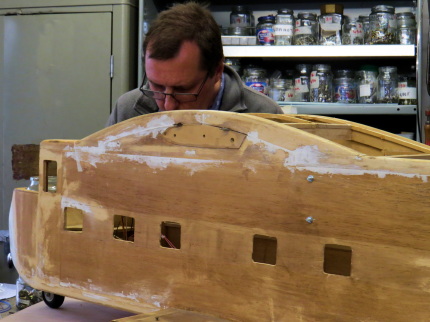 In 2017, after the Spitfire model had been completed, the Skyvan was resurrected as a project. A small team of volunteers began working to complete the model for display in the museum. It includes a model Land Rover as its cargo.

An impression of how the Skyvan model will appear when completed. It is based on the livery of the Shorts demonstrator aircraft but obviously the customised registration is bogus. 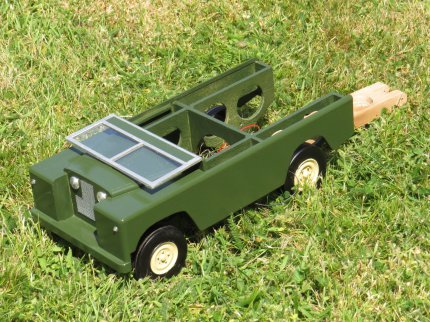 This is the Land Rover model that will form part of the Skyvan display. The Skyvan cargo doors will be able to be opened and the Land Rover can be operated to drive down the ramp. The vehicle can then be retrieved, ramp rise back up and the cargo doors closed. 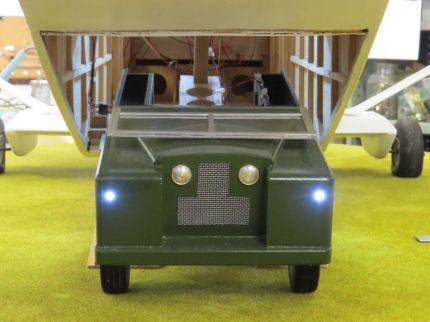 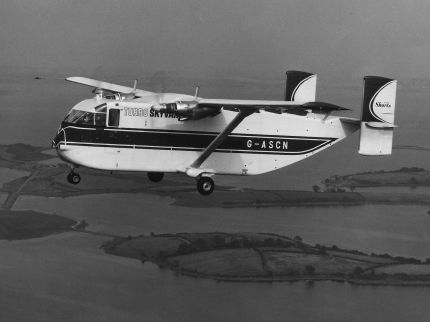 This aircraft was built in 1962 fitted with Continental GTSIO-520 engines. In October 1963 it was fitted with Astazou II engines and in March 1965 with Astazou X. Registration was cancelled on 26 February 1968 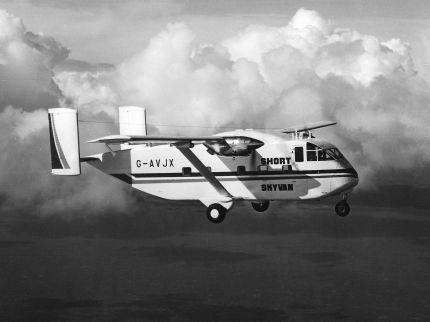 Shorts SC-7 Skyvan 3 G-AVJX was used as a support aircraft for the aerobatic team RV Aviation registered OH-SBB but was written off on 1 November 1989 in the Aaland Islands, Finland. The construction number was SH.1838 and it was built in 1967 powered by two TPE331-2-201A.

The photograph is an early shot taken in Shorts livery before delivery for commercial use with Forrestair on 17 June 1968 and then registered VH-FSG.

Skyvans that are still airworthy have become popular with sky diving teams who prefer to launch themselves from the ramp rather than a side door.